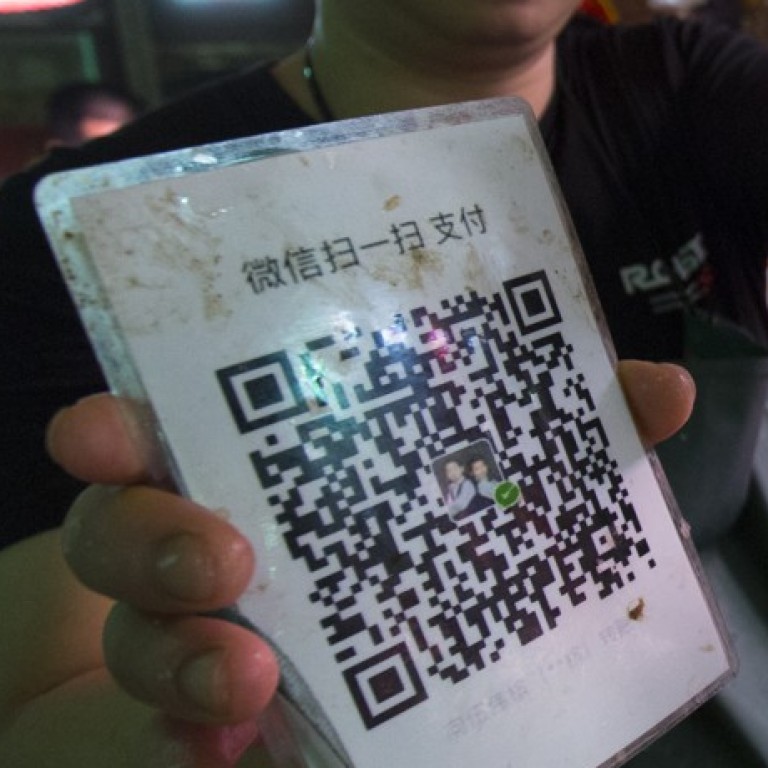 A fish vendor in China holding a QR code to accept mobile payments (Picture: May Tse)
Who is & What is /  What is

How the QR code conquered China 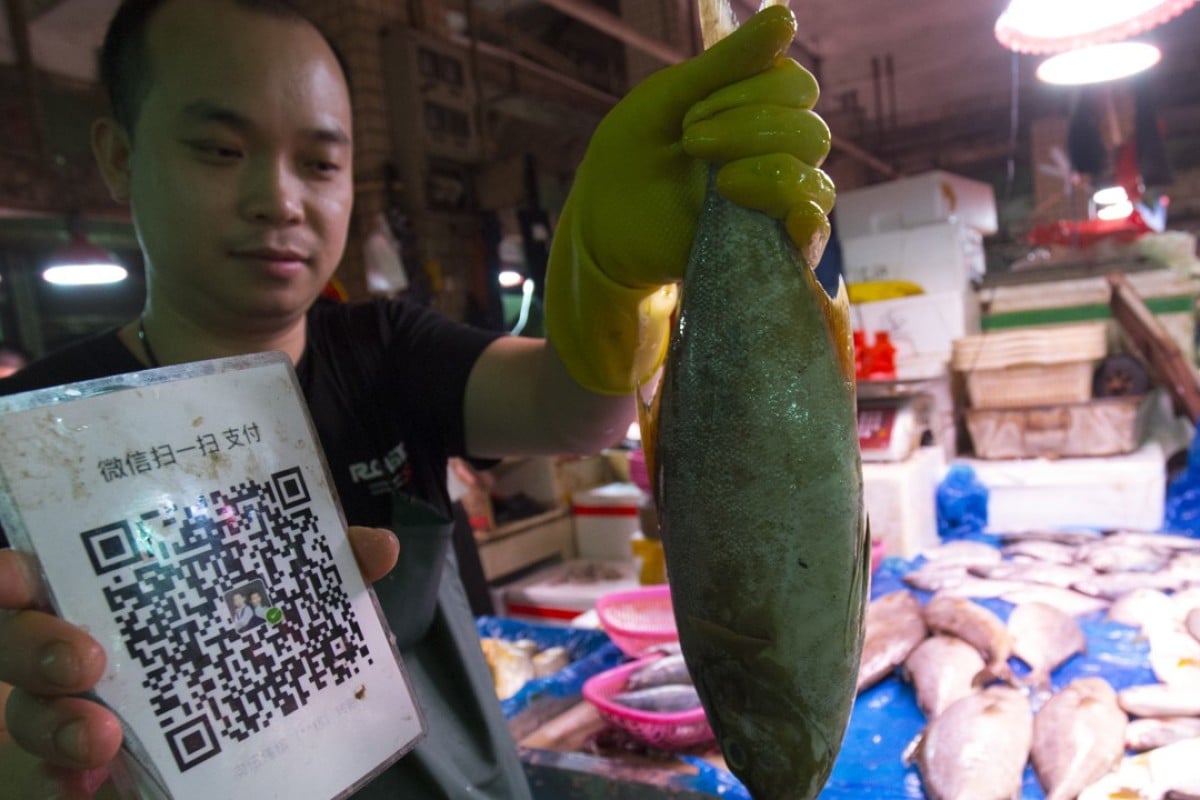 A fish vendor in China holding a QR code to accept mobile payments (Picture: May Tse)
This article originally appeared on
ABACUS

In China, cash doesn’t get you very far.

On a recent trip to an amusement park resort in Zhuhai, I stood in front of a vending machine for 30 seconds trying to find a place to insert some money. And then I realized that the only way to buy a bottle of water was to pay with my smartphone.

China has embraced paying with smartphones faster than anywhere else:
More than 65 percent of the population were already using
it by the end of 2017. It is
the world’s largest mobile payment market
and it’s still growing:
According to analysts
, transactions in the third quarter of 2017 were three times bigger than a year ago.
READ FULL ARTICLE

If you think the driving force behind this financial revolution is some advanced technology nobody outside the country has ever seen before… think again.

This weird, barcode-like square is the key to the whole thing: the QR code.

They’re cheap to create, easily spread and all you need is a phone with a camera.

But for years, it seemed that QR codes would be limited to the corners of ads and billboards, a way to get to websites that nobody really used -- until China gave them a new life.

At the start of this decade, most Chinese people were still carrying cash everywhere and credit cards were rarely used outside of the big cities. But as people began to earn more, it was clear they needed a new way to pay without carrying wads of cash. (It doesn’t help that the largest banknote in China is 100 yuan, equivalent to US$16.)

Smartphones were spreading quickly, so mobile payment seemed like a logical next step. But how?

Even then, some smartphones were equipped with NFC, which uses radio signals to relay payment information. But that technology requires expensive merchant terminals -- not ideal for small shops and restaurants.

Instead, Alibaba and Tencent built their mobile payment apps on the QR code. (Abacus is a unit of the South China Morning Post, owned by Alibaba.) To pay, customers either scan a merchant’s QR code, or let the seller scan their personal account codes.

Instead of making merchants buy expensive equipment, all they need is a sign with a code. And instead of requiring consumers to have phones with specific features, all you need is a smartphone with a camera -- and which handset doesn’t have a camera?

This humble, decades-old technology --
shunned
and
vilified
in the West -- carried China into its cashless future. Major retailers signed up. So did street vendors and taxi drivers. Today, it’s used for everything from
renting bikes
to
swiping into the subway
.

Consumers and businesses may love the simplicity of the QR code -- but so do criminals, who can steal simply by replacing legitimate QR codes with their own, routing cash into their own bank accounts.

Advertisement
Rental bikes are especially easy targets since they are often left unattended.
Reports say
one man in southern China managed to pocket 900,000 yuan (US$143,000) before he was caught.
A passenger pays for a taxi ride using QR code in Shenzhen, China. (Source: South China Morning Post)
Authorities are wary of the dangers. In 2014, China’s central bank
temporarily banned mobile payment made with QR codes
after Alibaba and Tencent announced plans to launch virtual credit cards. And this year, the bank is
beginning to regulate payments by all scannable codes
: Any transaction over 500 yuan (US$79) will be subject to additional security measures.

But the QR code’s success in China is hard to ignore. American tech companies are now taking cues from Chinese counterparts to breathe fresh life into QR codes.

Advertisement
Snap has the Snapcode, used for adding Snapchat friends and unlocking hidden filters, which was
created after co-founder and CEO Evan Spiegel visited China in 2014
. Spotify followed suit last year and launched
a soundwave-like barcode called Spotify Code
, which lets people play a song, an album or a playlist. Recently,
Amazon introduced what it calls SmileCodes
to direct magazine readers to product pages.
A restaurant in China pins QR codes to servers to encourage tipping. (Picture: SCMP)

QR codes have become so popular that Apple even added a new feature to iOS, allowing it to recognise codes simply by pointing the camera at it -- no need for a separate app. And very soon, you may see QR codes appearing in more cashiers outside China. Last year, EMVCo -- a global consortium owned by American Express, Visa, Mastercard and UnionPay -- approved their first set of QR code payment standards, clearing the hurdle for international adoption.

There are surely plenty of businesses eager to cater to high-spending Chinese tourists who are already addicted to QR codes.

For more insights into China tech, sign up for our
tech newsletters
, subscribe to our
Inside China Tech podcast
, and download the comprehensive
2019 China Internet Report
. Also roam
China Tech City
, an award-winning interactive digital map at our sister site
Abacus
.