A China Cosco Shipping container ship sails past the skyline of Qingdao in eastern Shandong province on July 28. China’s transformation into an economic power is premised on its integration into global trade networks. Photo: AP

US-China relations: Disconnecting from global trade helps no one

Why you can trust SCMP
Link Copied
Post
A China Cosco Shipping container ship sails past the skyline of Qingdao in eastern Shandong province on July 28. China’s transformation into an economic power is premised on its integration into global trade networks. Photo: AP

This is the age of disconnection. Covid-19 has shown all the flaws of global connectivity. The virus travels with human beings and forces us to have periodic lockdowns to stop transmission, buying time to bring it under control.

Commenting on the pandemic, Foreign Affairs magazine laments the US failure to prepare as well as to contain, saying, “What is killing us is not connection, it is connection without cooperation.”

Globalisation was the great connector, created by a unipolar order which saw free trade as beneficial for the world as well as itself. However, the shift to a multipolar order made America insecure and everyone else unsure.

A wounded animal is dangerous, emotionally hurt and lashing out at perceived rivals. China as No 2 falls into that category. In separate speeches, US Secretary of State
Mike Pompeo
, Attorney General William Barr, national security adviser Robert O’Brien and FBI director Christopher Wray made their case for containing China. 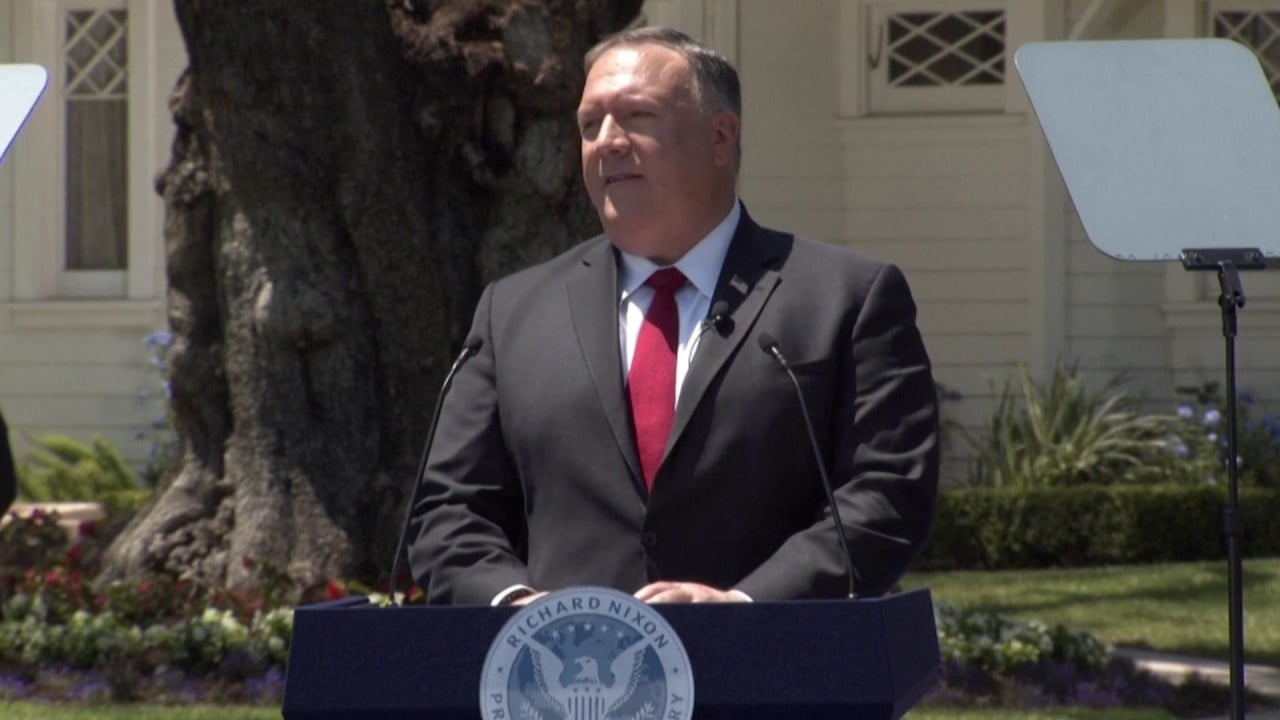 Do their analyses of China make global sense? Beating the drums of war, decoupling trade and splintering the internet may sound great for domestic politics, but no one in their right mind can support a nuclear arms race amid a global pandemic and possibly the worst economic depression since the 1930s.

The global free trade bargain is simple – free trade is win-win for all, but each country must deal with the unequal distribution of benefits within its borders. Disconnecting global trade and free flow of information only increases costs for all, reducing resources to deal with domestic inequalities. Worse, any arms race is lose-lose for all, diverting scarce resources from fighting pandemics, climate change and domestic injustice.

History is the best guide to understanding how we got into this mess. The story on US politics and economics is well-known, but China’s story is less understood. Because of China’s rapid growth into the world’s second-largest economy, most historians are at a loss to explain what this implies for the world as a whole.

Wang Gungwu, a professor at the National University of Singapore’s East Asia Institute, provides a clear, easily readable sweep of China’s history and search to reconnect with the outside world in his 2019 book
China Reconnects
. He condenses global history into three centres of power – China, India and the Mediterranean.

In 1500, China and India accounted for almost half of the world’s population and gross domestic product. The Mediterranean powers – broadly including western Europe and West Asia – amounted to about 17 per cent of population and 22 per cent of GDP. Wang Gungwu, historian and former vice-chancellor of the University of Hong Kong, shares life memories and his views on Hong Kong’s future

Wang Gungwu, historian and former vice-chancellor of the University of Hong Kong, shares life memories and his views on Hong Kong’s future

Why the ‘US good, China evil’ view misses the mark in the real world

Read more
Why Cold War comparisons with US-China relations do more harm than good
Read more
Peer pressure: China’s rifts with major trade partners a key vulnerability
Read more
Why the ‘US good, China evil’ view misses the mark in the real world
This neglect of
maritime power
led to India being colonised by Britain by the 18th century and China nearly gobbled up by the 19th century. China’s engagement with the world was mostly through the Silk Road, with Indian Buddhism being the major foreign cultural influence on China.

The Silk Road flourished during the Tang dynasty, but the Mongol empire in the 13th and 14th centuries connected China to Europe and Mughal India. The arrival of Western traders through Southeast Asia after 1500 accelerated China’s trade with the West. Only in the 20th century did China begin to appreciate that the key instruments of Western power came from maritime supremacy and ability to enforce international law.

Advertisement
In Chapter 2 of his book, Wang weaves the story of post-dynastic China. It was the Japanese invasion that sparked Chinese nationalism, culminating in the civil war that enabled the Communists to unite the country. The story of Mao Zedong, Deng Xiaoping and the policy choices of
President Xi Jinping
is told with verve and deep insight.

China’s admiration for the West is shown in Chinese names for the leading powers – heroic England, beautiful America and virtuous Germany. Hence, the reforms in the last 40 years were about reconnecting to the West through trade, investment, technology and people.

As China became entangled in globalisation as the world’s largest manufacturer and trading partner, though, there grew an internal awareness that continued development would rely on internal stability as well as external security. Stability, in turn, was premised on a strong party.

Coronavirus: what Xi fears most is people turning on the party

The book’s real contribution is in explaining China’s shift from the Old World to the New Global. Here, China’s interaction with the Global South, especially Southeast Asia, will be crucial in the next phase of development of the New Global. The region has more than 650 million people and almost US$3.5 trillion in GDP, with great cultural diversity, natural resources and a strategic zone central to global trade.

The South China Sea cannot afford to be Balkanised. It was great power struggles that made the Balkans an unstable region for more than a century.

As the US disconnects, China Reconnects helps us understand current developments through the lens of philosophy and history. Wang writes with eye-popping clarity and empathy to guide us through the fog of uncertainty.

Unfortunately, reconnecting needs two to play. Whether the next US president will attempt to connect or disconnect will be the question of the century.

Andrew Sheng is a former central banker and financial regulator. The views expressed here are entirely his own

Why the ‘US good, China evil’ view misses the mark in the real world