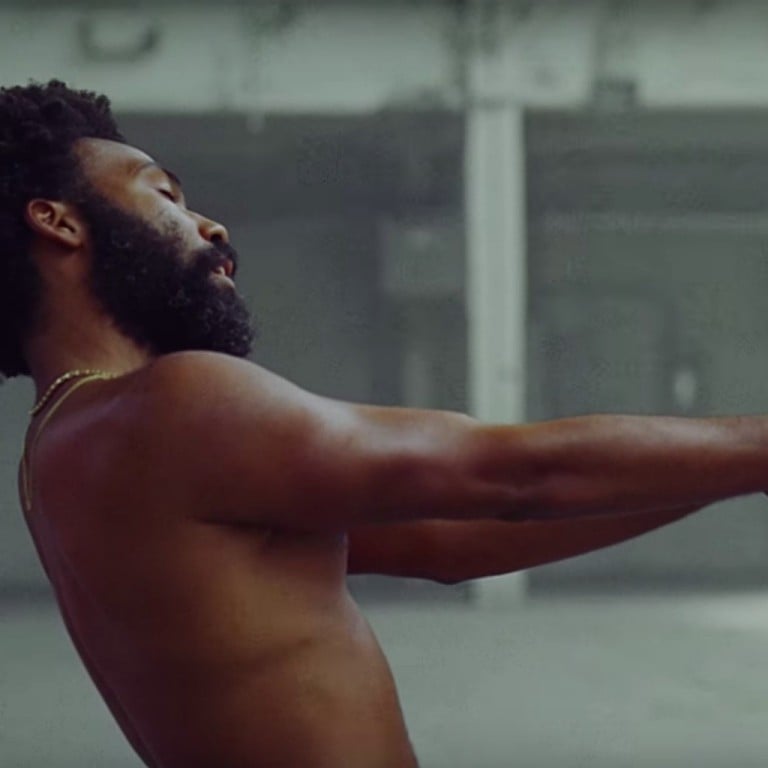 A screen grab from Childish Gambino’s video This is America.
Culture /  Music

Behind the music video: Childish Gambino’s Grammy-nominated This Is America 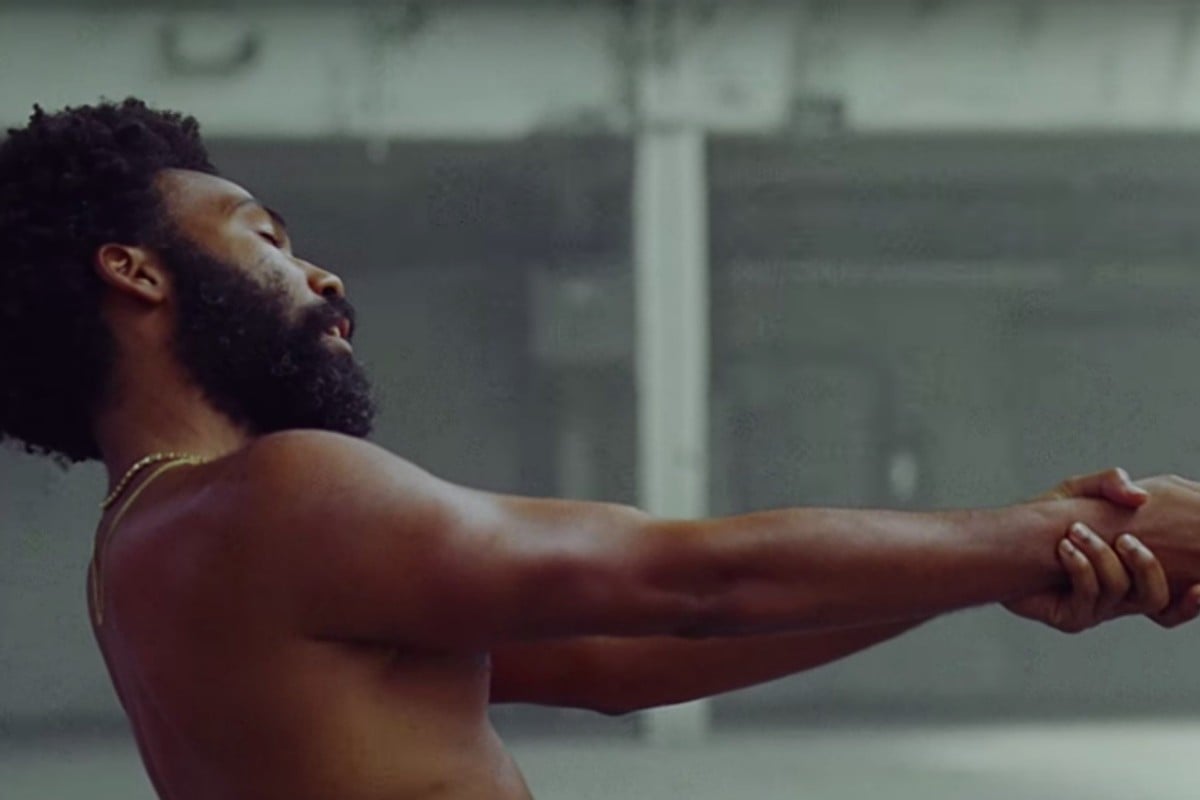 A screen grab from Childish Gambino’s video This is America.

When searching for a location to film Childish Gambino’s Grammy-nominated clip for This Is America, one of the most discussed music videos in recent memory, producer Danielle Hinde knew she and her team at Doomsday Entertainment needed a lot of room to work.

Born from “the seed of an idea” by Gambino, which is the pseudonym of rapper-singer-writer-actor Donald Glover, the indoor production required space for rows of old cars, including one engulfed in flames; a bound and hooded man on a galloping horse; and a group of dancers working through stereotypical black dance tropes as Glover mugged for the camera.

As if in one long scene, they needed to shoot Gambino pulling the trigger on an execution-style murder and gunning down a gospel choir, document police and harrowing chases.

“For Donald to make a video like this is really important, and was really brave of him,” Hinde says, adding that in 2018 artists have to be concerned about “the YouTube generation of shaming and comments. They don’t want to be too controversial because then it could start a whole … storm.”

Hinde and Doomsday producer Jason Cole found the setting at the Firestone building and complex in South Gate, California. There, Glover, director Hiro Murai, a bunch of extras and the Doomsday crew went to work orchestrating chaos across nearly 500,000 sq ft of space.

A year later, the finished video has racked up nearly a half-billion YouTube plays, won three MTV video music awards, a BET hip-hop award and now, a Grammy nomination, though Hinde’s name was inadvertently left off the official announcement. She notes that she and the Recording Academy are working to correct the omission.

A critical and commercial juggernaut, the work is nominated in the Grammy music video category, where Murai and his team (Hinde and Cole, with Ibra Ake and Fam Rothstein) are vying against videos by Janelle Monáe, Joyner Lucas, the Carters and Tierra Whack.

The This Is America clip, and Murai’s long-running artistic relationship with Glover, has propelled the director from a talented music video and commercial little-known into a hip, underground auteur. Since meeting Glover through Hinde, Murai has earned three Emmy nominations for his work on Glover’s FX show Atlanta, including the “Teddy Perkins” episode.

The execution scene from This is America.

After the video was released in early May following Glover’s appearance on Saturday Night Live, Hinde’s professional world was upended. “I’ve never seen that happen, ever,” Hinde says. “By Monday, I was being hit up by CNN, BBC and Huffington Post. ‘What is happening?’”

What was happening was the result of a relationship that began when Murai was still at USC and looking for experience. After he’d served as a production assistant on a few Doomsday-produced shoots, Hinde made a decision to, as she says, “take a chance on this kid”.

In 2009, she suggested Murai pitch a treatment for a video by British dance rock band Bloc Party. Laughing, Hinde recalls, “He was just this quiet little Japanese guy – and he ended up writing something so dark, with singing vaginas.” The director has since directed clips for Earl Sweatshirt, St. Vincent, Flying Lotus, A Tribe Called Quest and others.

Such experiments with form are a trait of Murai’s style. “Part of the fun is finding out how elastic that box is and, you know, test the limits of what TV shows can do or what a music video can do,” says Murai.

For This Is America, the creative partnership between Murai and Glover was similar to their videos for Sober, Sweatpants and 3005, Hinde says. Glover brings in a “brilliant, insane idea, and then Hiro goes in, pares it down and simplifies it for our purposes for a three- to five-minute song.”

Considering all the moving parts in the four-minute This Is America video, that Glover’s idea had to be pared down is notable. Half of the first day was spent mapping out the movements, since they filmed in a series of uninterrupted takes.

Stills from This is America.

“We weren’t shooting anything,” Hinde says, “Just figuring out, ‘OK, then the camera pans here, then we see the kids in the rafters’.” She describes the process – and producer Cole’s strength – as “camera choreography on top of the actual choreography”.

That those scenes were among the final shot at the warehouse, which is in the process of being demolished, is fitting for Hinde, who has rented the space for videos many times over the years. “Now it’s so iconic that no one’s going to want to shoot a music video at that same location. We ruined a location,” she concludes, a tone of victory in her voice.