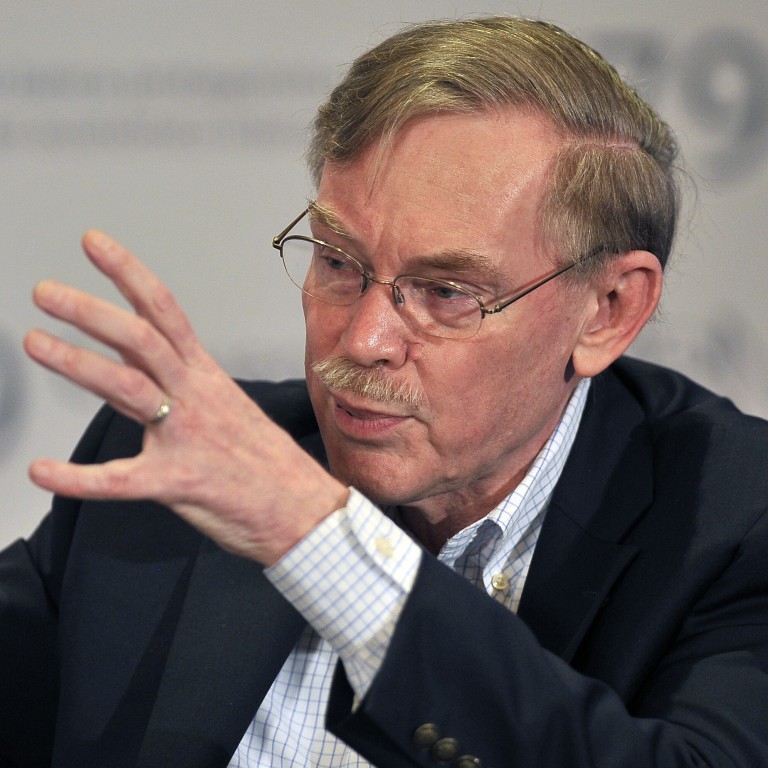 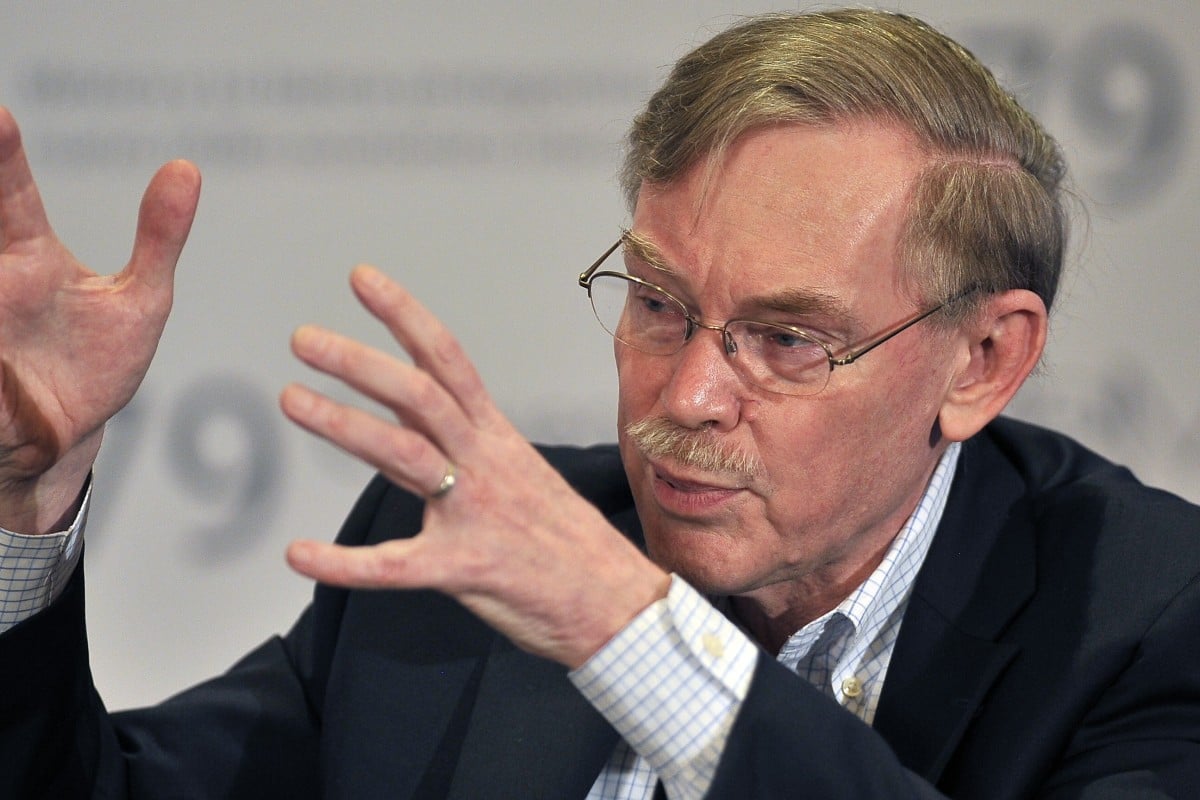 Fear of China’s potential dominance of future technologies is one of the primary drivers of the trade war, which is widely viewed as an attempt at countering this rise.

The trade war is also seen as a way of forcing US companies to shift their supply chains out of China, thereby decreasing the integration of the two economic superpowers.

“[Current US Trade Representative] Ambassador Lighthizer’s comments in the past have tried to suggest that you can decouple the US and Chinese economies. I think that would be very difficult,” Zoellick told reporters on the sidelines of the Asian Financial Forum in Hong Kong today.

“You can’t contain China,” he added.

Current US Trade Representative Robert Lighthizer, who has suggested the US and Chinese economies can be decoupled, according to Robert Zoellick. (Photo: AFP

Zoellick said Beijing needed to be less interventionist in the economy and that the Chinese should be held to account for forced technology transfer and intellectual property theft.

However, the introduction of tariffs was the wrong way to correct these issues, he said: “I don’t think it’s normally a good idea to shoot yourself in the foot to show the other guy you want to have action.”

In fact Zoellick, who oversaw the accession of China to the World Trade Organisation as the US Trade Representative in 2001, was roundly dismissive of Trump’s policies on trade, dismissing them as “transactional” and “protectionist”.

“In the long term, I don’t agree with Trump’s approach to trade,” said Zoellick. “I think he’s fundamentally a protectionist.”

In this regard, he is aligned with his predecessor as USTR Mickey Kantor, who in an interview with the South China Morning Post last week, said there were “anti-China” elements in the White House.

“There are folks in the White House who are anti-China, literally and historically anti-China, which makes his [Lighthizer’s] job much more difficult,” Kantor said, commenting on last week’s trade negotiations in Beijing.

Zoellick struck a less conciliatory tone to other former officials who, while disagreeing with many of Trump’s policies, claimed the president’s hardline approach at least brought China to the negotiating table.

“We could have brought China to the table in a way that would have brought more countries with us, and which would have gained more support from within China, than if we hadn’t taken to it with the club of tariffs,” Zoellick said, claiming the tariffs would prove to do more harm to the US economy than good.

China has a lot more to lose than the US in trade war, says Credit Suisse

“You have to ask what the tariffs do to your own economy. The US$200 billion of tariffs are primarily focused on intermediate industries. Between 50 to 60 per cent of US imports are goods that help build other products, so if you want to be less competitive, raise your costs,” he said.

Asked whether he expected Chinese and US negotiators to strike a deal before the March 1 deadline, Zoellick said it was growing more likely as long as the US stock market continued to under perform.

He suggested a deal might include some concessions from China over forced technology transfer and intellectual property theft. It could also include a purchasing programme, whereby China agreed to buy more American goods.

Such a transactional deal would not address the fundamental issues which are causing widespread concern in the US, Zoellick said, including “
Made in China 2025
” and the “
Belt and Road Initiative
”.

Both schemes have been cornerstones of President Xi Jinping’s foreign and economic policies, but have been greeted with suspicion on the international stage.

These concerns, Zoellick said, “go beyond Trump” and are commonly held across the American political spectrum and among voters.

“My concern is that I am not sure President Trump thinks in systemic terms,” Zoellick said.

“He thinks in deal-making, transactional terms. The types of issues I talked about, you don’t change overnight. It’s about making people see some mutual interests in transparency rules and norms.

“It gives me no pleasure to say this, but while the US used to push trade to try to develop those, that’s not what the US is doing today,” he said.

Zoellick, who led the World Bank through the global financial crisis, refused to comment on reports that Ivanka Trump, daughter of the US president, was being lined up to lead the organisation, after Jim Yong Kim quit the role last week.

“I don’t know Ivanka Trump, so I cannot really comment on her,” he said, adding that it would not be unusual for the US government to make a politically motivated nomination to lead a multilateral organisation.