China’s purchases of American goods have not been rising in accordance with the phase one deal, leading US President Donald Trump to threaten to scrap the accord. Photo: Martin Chan
US-China trade war
+ FOLLOW
Economy /  China Economy

Why you can trust SCMP
China’s purchases of American goods have not been rising in accordance with the phase one deal, leading US President Donald Trump to threaten to scrap the accord. Photo: Martin Chan

Top trade negotiators from the United States and China spoke by phone on Friday and vowed to continue to support the phase one trade deal, Chinese state media reported, in their first contact since the agreement was signed in January.

On the call, China’s Vice-Premier Liu He, US Treasury Secretary Steven Mnuchin and US Trade Representative Robert Lighthizer “vowed to implement their trade deal and boost cooperation on public health”, the official Xinhua News Agency reported.

The officials said they would “create favourable conditions to implement the phase one trade deal”, at a time when superpower tensions have been running high over the handling of the coronavirus pandemic.

In a statement posted to its website, the Office of the US Trade Representative (USTR) added that “both sides agreed that good progress is being made on creating the governmental infrastructures necessary to make the agreement a success.”

“They also agreed that in spite of the current global health emergency, both countries fully expect to meet their obligations under the agreement in a timely manner. Meetings required by the agreement have been conducted via conference call and will continue on a regular basis,” the statement added.

Earlier this week, US President Donald Trump threatened to tear up the phase one deal should China not stick to the terms, including purchasing US$200 billion in US goods, on top of 2017’s import levels.

Speaking in a town hall hosted by Fox News, Trump said: “If they do not buy, we'll terminate the deal. Very simple.”

A Chinese government adviser, who preferred not to be named given the sensitivity of the topic, suggested that the fact that “the dialogue has now gone straight to ministerial level may indicate the problem is quite severe”.

“We hope the talks can solve some problems, or at least both sides can make their problems clear and show more understanding to each other,” they said. “But if the US just wants to confront China, it will be hard to address [the issues].”

Trade data released this week showed that China is far from meeting its import targets, with the pandemic having severely disrupted supply chains on both sides.

What is the status of the US-China phase one trade deal amid the coronavirus?

What is the US-China trade war?

Trump had earlier threatened to place more tariffs on China should it fail to live up to its side of the bargain, with analysts suggesting that this sort of pointed rhetoric will escalate in the run up to November’s presidential election, particularly as the pain of the coronavirus continues to bite the US economy.

“The White House will evaluate every major policy decision through the lens of whether it is an asset or liability for the president’s re-election,” said Steve Olson, senior fellow at the Hinrich Foundation, a pro-trade think tank, and former USTR trade negotiator.

“Recent polling in the US indicates that mistrust of China is at record levels as a result of its handling of the virus. Combined with China’s anticipated inability to meet its purchase commitments under the phase one trade deal, ‘cozying up’ to China is likely to now be seen as a political liability, and could result in the US administration veering towards a more confrontational approach.” 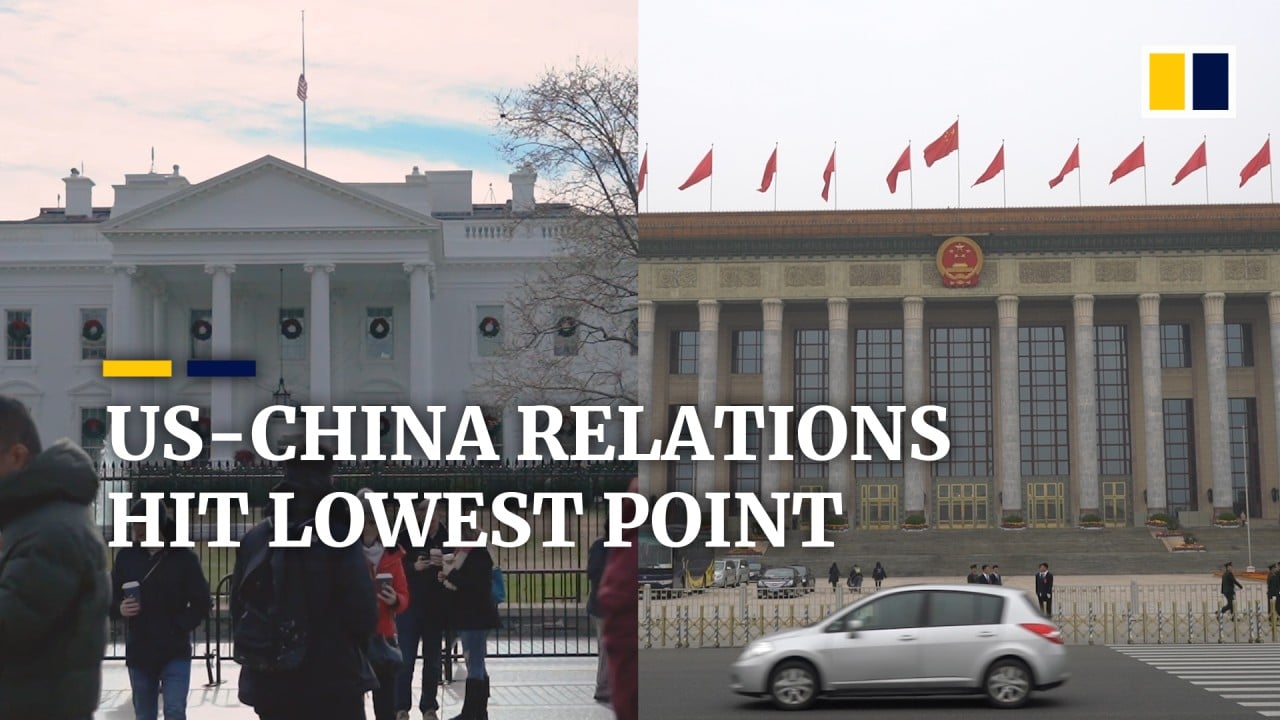 Viewed through this lens, the call could be seen as an effort by China to stem the deterioration in the relationship, which has crumbled over the course of the coronavirus outbreak.

Both sides have engaged in a high stakes blame game on the origins of and handling of Covid-19, and while during talks in 2018 and 2019, negotiators were determined to keep political and commercial matters strictly separate, things are now threatening to boil over.

“China for sure is trying to avoid an escalation in the trade war, tech war or financial war,” said Jian Chang, chief China economist at Barclays in Hong Kong. “If China can get word from the US that the worst will not happen, China can reassure the US that it remains committed to the promised purchases. On the other hand, the US needs to jump start its economy, and it needs to push China to do more despite the difficulties.”

China has made multiple steps since January to open its markets to US products, including lifting bans on some pet food products, chipping potatoes, infant formula, poultry and beef products. It has rolled back some tariffs and opened up a tariff exclusion process, while it also resumed buying US pork, sorghum, corn and soybeans in February.

But it has yet to come near to the mass purchases it committed to in January. China is supposed to buy an additional US$76.7 billion in designated US products this year, but since the start of the year, its imports from the US have actually fallen by 5.9 per cent compared to the same period in 2019.

China’s imports of US goods fell by 11.1 per cent in April, customs data released on Thursday showed, and by a colossal 85.5 per cent in March. Given that China imported much fewer goods from China in 2019 than it did in 2017 – the baseline scenario used to map out the terms of the trade deal – it is nowhere near meeting the targets.

Bloomberg economists estimated that of the phase one target purchases, China has imported just US$14.4 billion over the first quarter, below US$16 billion found in the first quarter of 2019 and well below the US$34 billion levels that would be required to meet the terms of the deal.

Neither country should point the finger in these current hard times, nor threaten to impose new tariffs, this will not solve the problem Source close to Chinese government

The situation is not helped by the collapse in oil prices. The terms of the phase one deal state that the US will increase its purchases of US energy products by US$33.9 billion this year and US$44.8 billion in 2021, including natural gas, crude oil, refined products and coal.

Yet, in the first quarter China imported just US$114 million worth of oil and other fuels from America, less than half the amount from the same period of 2019. Over the same period, it bought US$11.3 billion worth of Russian energy and US$10.7 billion from Saudi Arabia, customs data showed.

“There are various reasons behind the poor implementation, whether these are because of the Chinese side or the US side, it is not yet clear, we need to analyse case by case,” said the source close to the Chinese government. “Neither country should point the finger in these current hard times, nor threaten to impose new tariffs, this will not solve the problem.”

This reflects the huge damage to the global economy caused by the spread of the new coronavirus, as well as some uncertainty in the implementation of the agreement Taoran Notes

An update posted on Taoran Notes, a social media account affiliated with the official Economic Daily newspaper that has been seen as a tool for disseminating Beijing’s views on trade talks to the public, said that the call was “of extraordinary significance”.

“In the more than 10 rounds of calls between the leaders of China and the United States in the past two years, it was the first time that ‘strengthening macroeconomic and public health cooperation’ was mentioned,” read the WeChat post.

“This reflects the huge damage to the global economy caused by the spread of the new coronavirus, as well as some uncertainty in the implementation of the agreement,” it added, continuing to accuse the US of possessing “a disregard for life” for blaming China in the “political interests of the minority above the interests of the majority”.

This article appeared in the South China Morning Post print edition as: Negotiators from both sides promise to save phase one trade agreement

Finbarr Bermingham reports on Europe-China relations for the Post. He joined the newspaper in 2018, initially on the Political Economy desk reporting primarily on global trade, economics and geopolitics. After a decade on the trade beat in London and Hong Kong, he took up the role of Europe Correspondent, moving to Brussels to report from the heart of the EU. Having helmed the US-China Trade War Update, a weekly podcast, since 2019, he is the current host of the China Geopolitics Podcast.

What is the status of the US-China phase one trade deal amid the coronavirus?

What is the US-China trade war?