Why you can trust SCMP
Smaller Chinese manufacturers are bracing for a drop-off in exports next year as a result of uncertainties surrounding global market demand. Photo: AFP

For Kent Liu, 2022 looks to be riddled with uncertainties that he fears could take a hefty toll on his digital printing production company in Guangdong province.

Orders from the garment and bag factories owned by Liu’s key domestic clients have been on the decline since July, dragging his profit margins down to record lows.

He has also become increasingly concerned about the rising cost of raw materials and transportation, along with a strengthening yuan – hurdles that could become even more problematic next year.

“For now, it seems business for next year will still rely on overseas orders, which are more reliable for both cash flow and profit stability,” Liu said.

I think there will still be some disruptions in the global supply chain, at least for the first half of next year, which means some orders will be transferred [to Chinese manufacturers] Zhang Yansheng

Like Liu, who is based in Guangzhou, many small and medium-sized Chinese manufacturers are finding themselves caught between a rock and a hard place.

As a result of uncertainty surrounding global market demand amid the pandemic, there are growing doubts about whether China’s exports will be able to maintain the strong growth they have enjoyed at the start of 2021. After all, in light of weak domestic demand, there is also little room for growth back home.

Zhang Yansheng, chief research fellow at the China Centre for International Economic Exchanges, said China’s export growth will depend on the impact of the ongoing pandemic and the recovery in supply-chain disruptions.

“I think there will still be some disruptions in the global supply chain, at least for the first half of next year, which means some orders will be transferred [to Chinese manufacturers], but it is hard to see the 22 per cent growth like we saw in November. Maybe around 10 per cent on average,” Zhang said during an online event on December 16, discussing the outlook for China in 2022.

China’s exports grew by 22 per cent in November from a year earlier, down from the 27.1 per cent growth seen in October.

Roaring exports have been driving a strong post-pandemic economic recovery since mid-2020, but observers have warned that the trend is unlikely to be sustainable due to a declining base effect and the resumption of production in other major economies, which will eat into demand for Chinese goods.

By destination, year-on-year export growth to China’s key markets – the United States, European Union and Japan – respectively slowed to 5.2 per cent, 33.4 per cent, 12.8 per cent in November, according to data from Nomura. 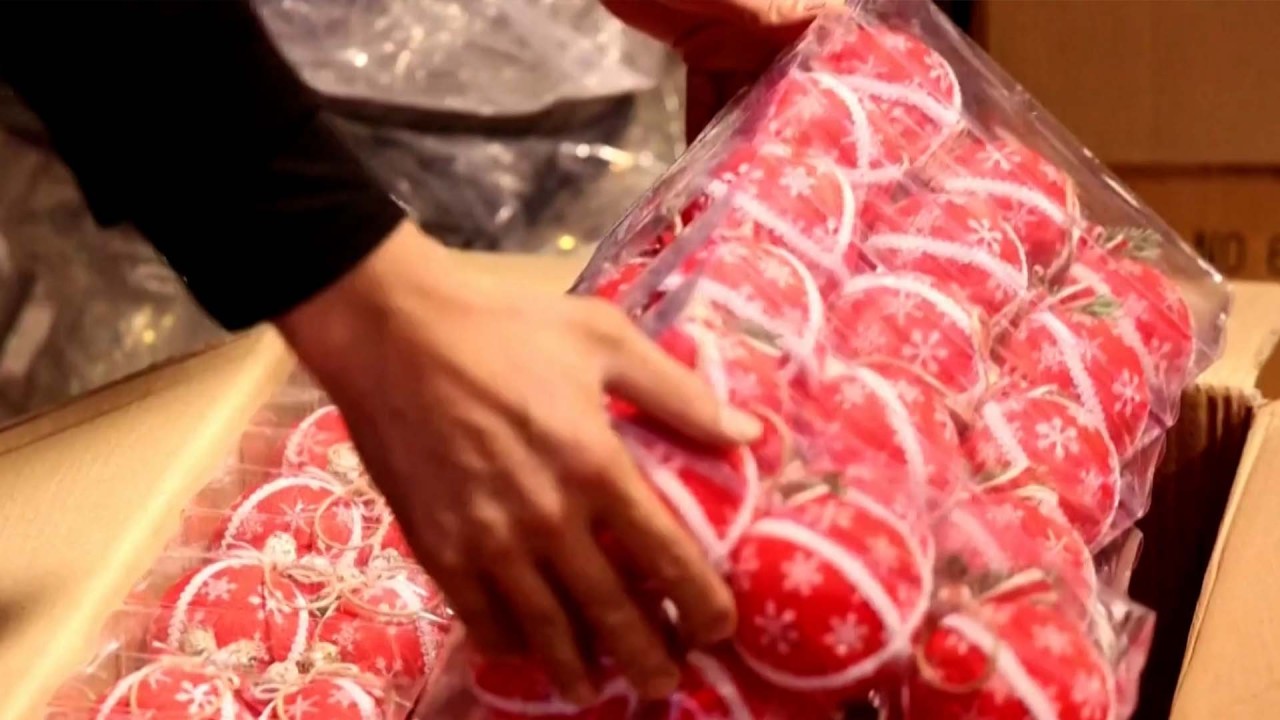 “We see that export orders are still much more profitable than domestic sales, especially those from the US and Europe, and this will not change,” said Liu Kaiming, head of the Institute of Contemporary Observation, which has partnered with global brands and institutes to supervise supply chains and working conditions at hundreds of factories in mainland China.

“In terms of raw material costs, it seems that they will still be generally rising next year, including for construction materials, woods, paper, etc. But the rate of increase might not be as big as in 2021,” Liu said, adding that logistics costs could fall if the pandemic becomes more manageable.

Oxford Economics said in a research note on December 16 that transport bottlenecks facing the global shipping industry could persist well into the second half of 2022, though shipping cost pressures are likely to gradually wind down from their meteoric highs over the course of next year.

But not everyone is optimistic about export growth next year.

“Our Chinese hardware exporters are pessimistic for next year … feeling that global demand actually has been declining,” said Thomas Zhong, a manufacturing exporter from Foshan city in Guangdong. “Orders this year declined significantly after September. The reasons are complicated.

“Perhaps customers are more optimistic about a production-capacity recovery in Southeast Asia next year … As for raw materials, power shortages, exchange rates and shipping, everything is uncertain.”

Zhong specifically pointed to the impact of a strengthening yuan, and noted the risks of it potentially dipping below 6.3 to the dollar next year. A lower yuan exchange rate figure means it takes fewer yuan to purchase one US dollar, indicating a stronger Chinese currency.

“What we can do is to use more short-term casual workers and be adaptable,” he said.

From ‘very backward’ to the world’s factory, China reflects on 20 years in WTO

What’s more, it is not easy to capture market share – even when export growth has been robust – amid China-US trade tensions, according to Gloria Luo, a senior sales manager with a Guangdong-based manufacturer of automotive parts and industrial moulds.

Her company had sought a pre-pandemic expansion to grab a bigger share of the overseas market, but the firm was forced to close most of its overseas offices this year, downsizing from more than 9,000 employees three years ago to more than 4,000 now.

“Raw material prices and logistics costs for automotive moulds have been skyrocketing this year, like those steel materials imported from Germany and the United States. Our materials account for more than 50 per cent of the total costs, and logistics and transport expenses rose sharply to account for 15 per cent, plus 25 per cent for processing costs, which eats up most of the profits,” Luo said.

“Given the current relationship between China and Western countries, it feels as if Chinese automotive mould enterprises suddenly lost most of their competitiveness this year, and now many European and American customers have turned to South Korea or Europe to place orders, not to China any more,” she added.

Trade tensions between China and the US will not go away any time soon, and many countries may consider diversifying their supply chains away from China, if they have not already. This hits smaller companies the hardest. Government figures from April show that China had 44 million micro and small enterprises. Additionally, there were more than 90 million self-employed individuals.

“The operations of China’s small and medium-sized manufacturers have never been easy,” said Jason Liang, who manages a state-owned trading company.

“They do not have the considerable support of the government like state-owned enterprises do, in terms of policy and funding. Nor do they have the technological advantages of foreign enterprises.”

He Huifeng is an award-winning journalist who has reported on China since 2001. She has gained an in-depth knowledge of political, economic and social issues in mainland China through years of close observation, which has given her a love for journalism in the field.

Beijing-based correspondent Amanda Lee covers markets and the economy for the Post, with an interest in China's economic and social landscape. A graduate of the London School of Economics, she joined the Post in 2017 and has previously worked for Thomson Reuters and Forbes.

How may local government debt hinder Beijing’s attempts to shore up economy?