INFOGRAPHIC: In men's tennis, how big are the Big Four? 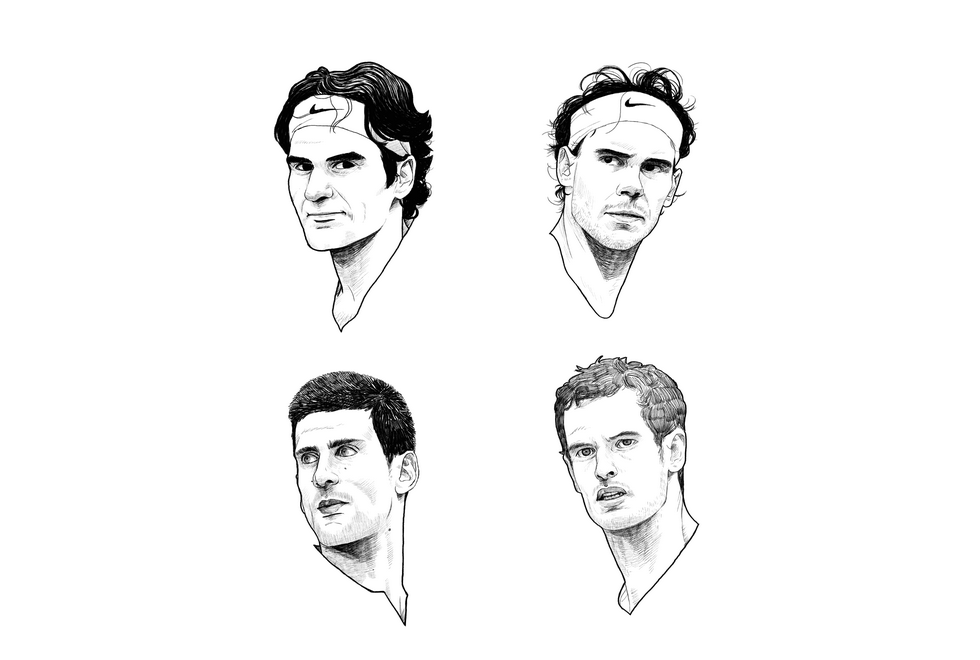 Roger Federer won his first Grand Slam tournament 11 years ago at Wimbledon, beating Mark Philippoussis in straight sets. Since then, he and three other players, Rafael Nadal, Novak Djokovic and Andy Murray, have dominated men's tennis. Federer's loss in the semifinals of the 2014 US Open ensures that two non-Big Four players will have won Grand Slams for the first time since 2003. This interactive graphic takes a look back at 15 years of tennis through the Grand Slam matches of four greats.