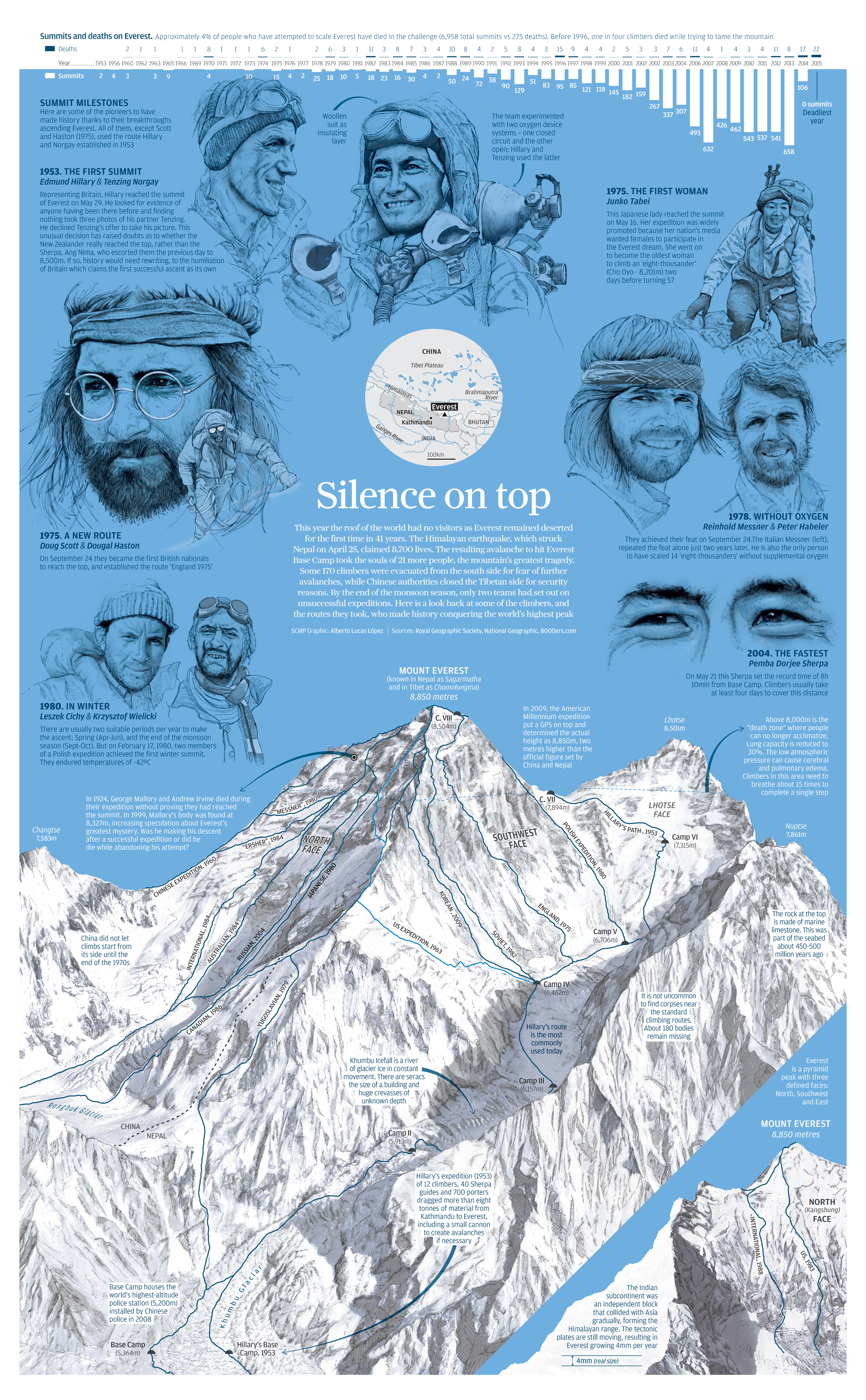 This year the roof of the world had no visitors as Everest remained deserted for the first time in 41 years. The Himalayan earthquake, which struck Nepal on April 25, claimed 8,700 lives. The resulting avalanche to hit Everest Base Camp took the souls of 21 more people, the mountain's greatest tragedy. Some 170 climbers were evacuated from the south side for fear of further avalanches, while Chinese authorities closed the Tibetan side for security reasons. By the end of the monsoon season, only two teams had set out on unsuccessful expeditions. Here is a look back at some of the climbers, and the routes they took, who made history conquering the world's highest peak.