Photo essay: shutters come down on a much loved Hong Kong food stall 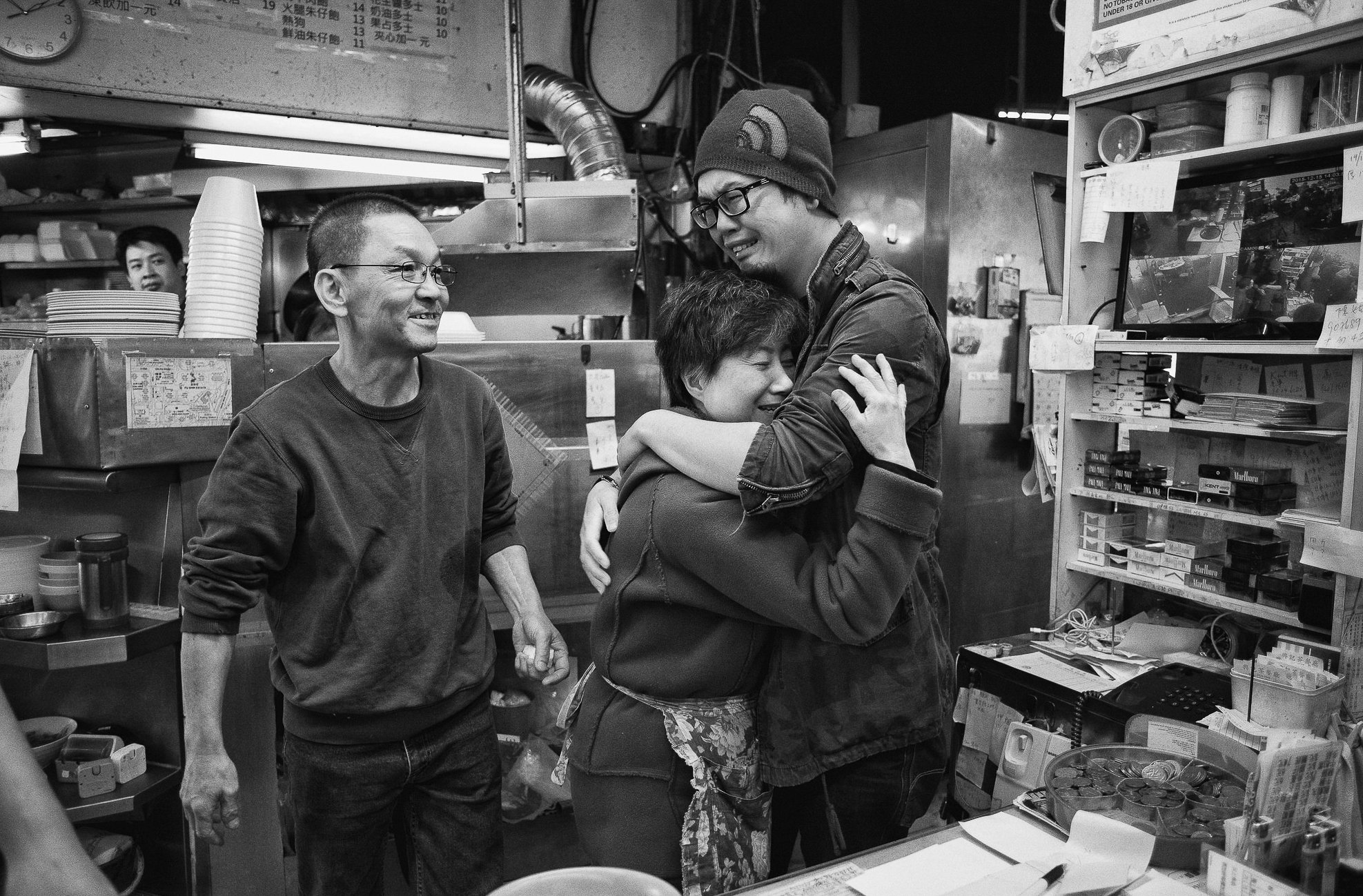 Customer Chan Lok cries as he hugs the owner Chan Man-ying (centre), as her husband and owner Chow Cheug-tei (L) looks on at Hap Wah Dai Pai Dong, some 9 minutes before its official closure, at Fu Shin Estate, Tai Po. Hap Wah will close after some thirty years in business. The governemtne was demanding millions of dollars (3) for renovation if the owners wanted to continue to rent, a demand that was seen as unreasonable. Chan Lok is 32 years old, and has been going to Hap Wah for 30 years. He became quite emotional when he said good bye, minutes before the final closure. I moved to Tai Po when I was 3. I went with my mon to the dai pai dong all the time. The owner of it is very nice. They put sweets for free taking at the cashier. The owner’s wife Sister Ying called me lok lok whenever she saw me. Her smile made me feel like I am meeting a family member. She gave me lai see during Lunar New Year every year. Where can you find such people who run neighbourhood restaurant with such a hea

Customers were in tears after eating for the final time at their favourite lunch place, whose husband and wife owners had served some of them since it opened on a Tai Po housing estate in 1986. Antony Dickson chronicles the poignant last hours at Hap Wah