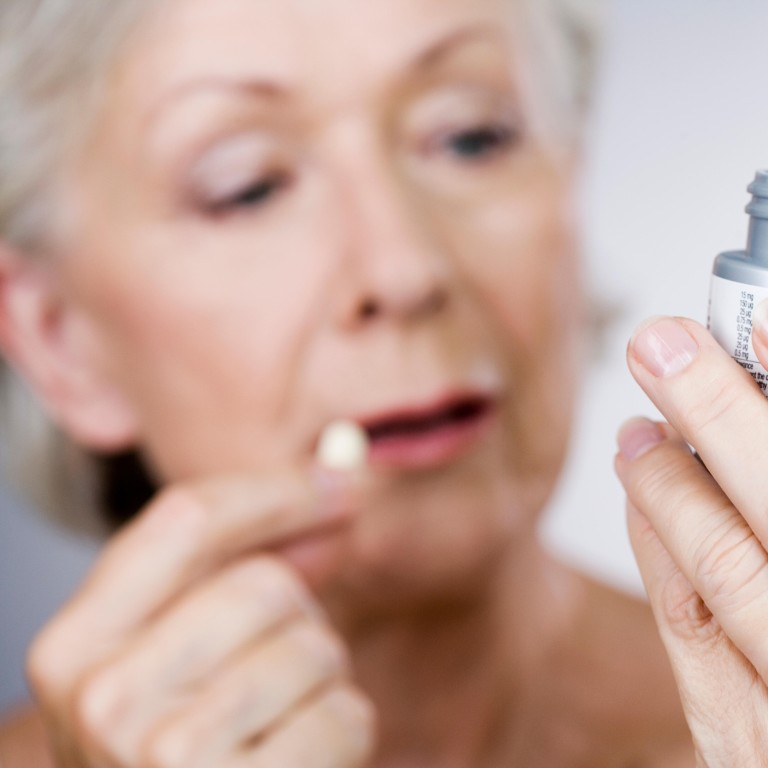 Many medicines prescribed to the elderly interfere with their cognitive functions and are associated with a higher risk of dementia. Photo: Alamy
Lifestyle /  Health & Wellness

How some medicines cause side effects that imitate dementia in the elderly, and safer alternatives 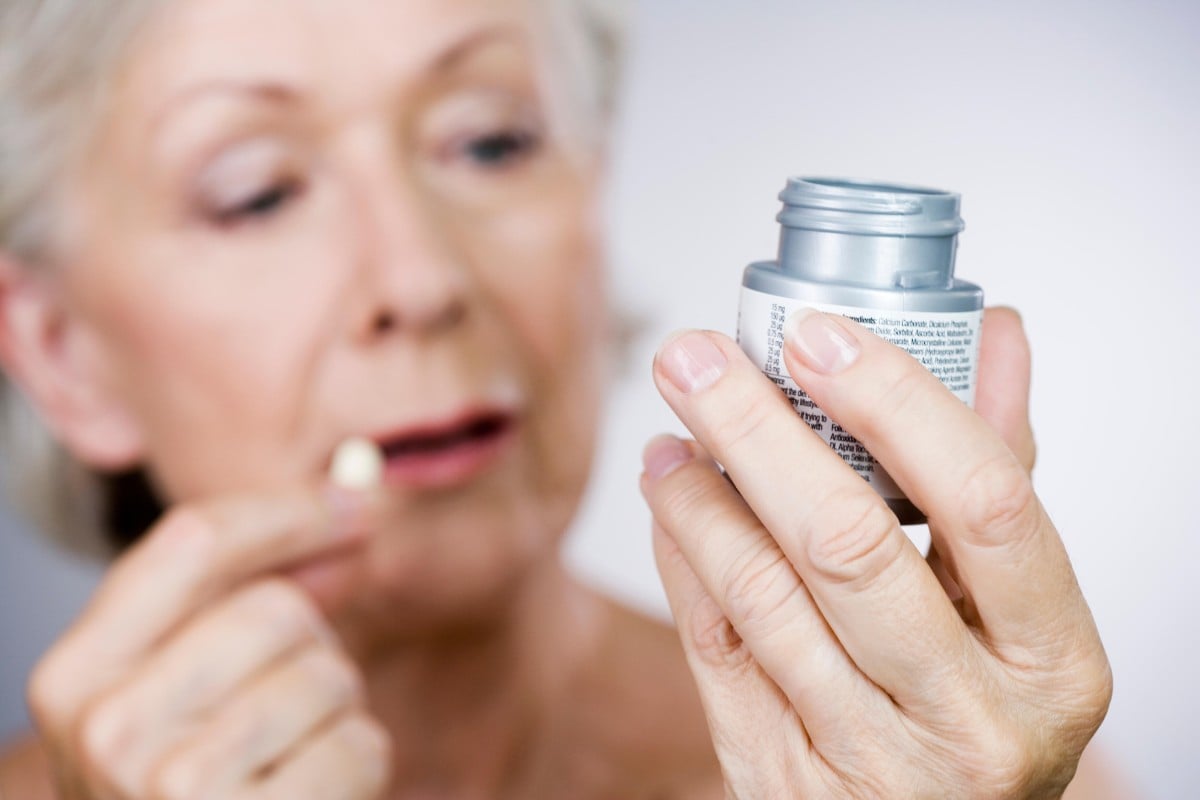 Many medicines prescribed to the elderly interfere with their cognitive functions and are associated with a higher risk of dementia. Photo: Alamy

By all accounts the woman, in her late sixties, appeared to have severe dementia. She was largely incoherent. Her short-term memory was terrible and she couldn’t focus on questions that medical professionals asked her.

But Malaz Boustani, a doctor and professor of ageing research at Indiana University School of Medicine, suspected something else might be going on. The patient was taking Benadryl for seasonal allergies, another antihistamine for itching, Seroquel (an antipsychotic medication) for mood fluctuations, as well as medications for urinary incontinence and gastrointestinal upset.

To various degrees, each of these drugs blocks an important chemical messenger in the brain, acetylcholine. Boustani thought the cumulative impact might be causing her cognitive difficulties.

He was right. Over six months, Boustani and a pharmacist took the patient off the medications and substituted alternative treatments. Miraculously, she appeared to recover completely. Her initial score on the Mini-Mental State Examination had been 11 out of 30 – signifying severe dementia – and it shot up to 28, in the normal range.

Malaz Boustani is a doctor and professor of ageing research at Indiana University School of Medicine.

Anticholinergic medications target acetylcholine, an important chemical messenger in the parasympathetic nervous system that dilates blood vessels and regulates muscle contractions, bodily secretions and heart rate, among other functions. In the brain, acetylcholine plays a key role in attention, concentration, and memory formation and consolidation.

Rosemary Laird is a geriatrician and medical director of the Maturing Minds Clinic at AdventHealth in Florida.

Some medications have strong anticholinergic properties, others less so. Among prescription medicines with strong effects are antidepressants such as imipramine (brand name Trofanil), antihistamines such as hydroxyzine (Vistaril and Atarax), antipsychotics such as clozapine (Clozaril and FazaClo), antispasmodics such as dicyclomine (Bentyl) and drugs for urinary incontinence such as tolterodine (Detrol).

In addition to prescription medications, many common over-the-counter drugs have anticholinergic properties, including antihistamines such as Benadryl and Chlor-Trimeton and sleep aids such as Tylenol PM, Aleve PM and Nytol.

Unfortunately, “physicians often attribute anticholinergic symptoms in elderly people to ageing or age-related illness rather than the effects of drugs”, according to a research review by physicians at the Medical University of South Carolina and in Britain.

Elderly people are more susceptible to adverse effects from these medications for several reasons: their brains process acetylcholine less efficiently, the medications are more likely to cross the blood-brain barrier, and their bodies take longer to break down these drugs.

In the late 1970s, researchers discovered that deficits in an enzyme that synthesises acetylcholine were present in the
brains of people with Alzheimer’s disease
.
Steven DeKosky ia a neurologist and deputy director of the McKnight Brain Institute at the University of Florida.

“That put geriatricians and neurologists on alert, and the word went out: don’t put older adults, especially those with cognitive dysfunction, on drugs with acetylcholine-blocking effects,” says Steven DeKosky, a neurologist and deputy director of the McKnight Brain Institute at the University of Florida.

Concerns mounted in the mid-2000s when researchers picked up signals that anticholinergic drugs could have a long-term effect, possibly leading to the death of brain neurons and the accumulation of plaque and tangles associated with neurodegeneration.

People who took a daily dose of anticholinergic drugs for three years have a 49 per cent increased risk of dementia. Photo: Alamy

Since then, several studies have noted an association between anticholinergics and a heightened risk of dementia. In late June, this risk was highlighted in a new report in JAMA Internal Medicine that examined more than 284,000 adults 55 and older in Britain between 2004 and 2016.

The study found that more than half of these subjects had been prescribed at least one of 56 anticholinergic drugs. (Multiple prescriptions of these drugs were common as well.) People who took a daily dose of a strong anticholinergic for three years had a 49 per cent increased risk of dementia. Effects were most pronounced for people who took anticholinergic antidepressants, antipsychotics, antiepileptic drugs and bladder control medications.

The drugs that I’m most worried about in my clinic, when I need to think about what might be contributing to older patients’ memory loss or cognitive changes, are the anticholinergics Rosemary Laird, geriatrician and medical director of the Maturing Minds Clinic

These findings don’t constitute proof that anticholinergic drugs cause dementia; they show only an association. But based on this study and earlier research, Boustani said, it now appears older adults who take strong anticholinergic medications for one to three years are vulnerable to long-term side effects.

Attention is turning to how best to wean older adults off anticholinergics, and whether doing so might improve cognition or
prevent dementia
.
Getting people off anticholinergic drugs requires a slow tapering down of medications under doctor’s supervision before introducing alternative drugs. Photo: Alamy

Moving patients off anticholinergic drugs requires “slow tapering down of medications” over three to six months, at a minimum, said Nagham Ailabouni, a geriatric pharmacist at the University of Washington School of Pharmacy. In most cases, good treatment alternatives are available.

Don’t try stopping cold turkey or on your own.

“People can become dependent on these drugs and experience withdrawal side effects such as agitation, dizziness, confusion and the jitters,” Ailabouni says. “This can be managed, but you need to work with a medical provider.”

Don’t make the assumption that if [a] drug is available over the counter that it’s automatically safe for your brain Malaz Boustani, doctor and professor of ageing research at Indiana University School of Medicine

Also, “don’t make the assumption that if [a] drug is available over the counter that it’s automatically safe for your brain”, Boustani says. In general, he advises older adults to ask physicians about how all the medications they’re taking could affect their brain.