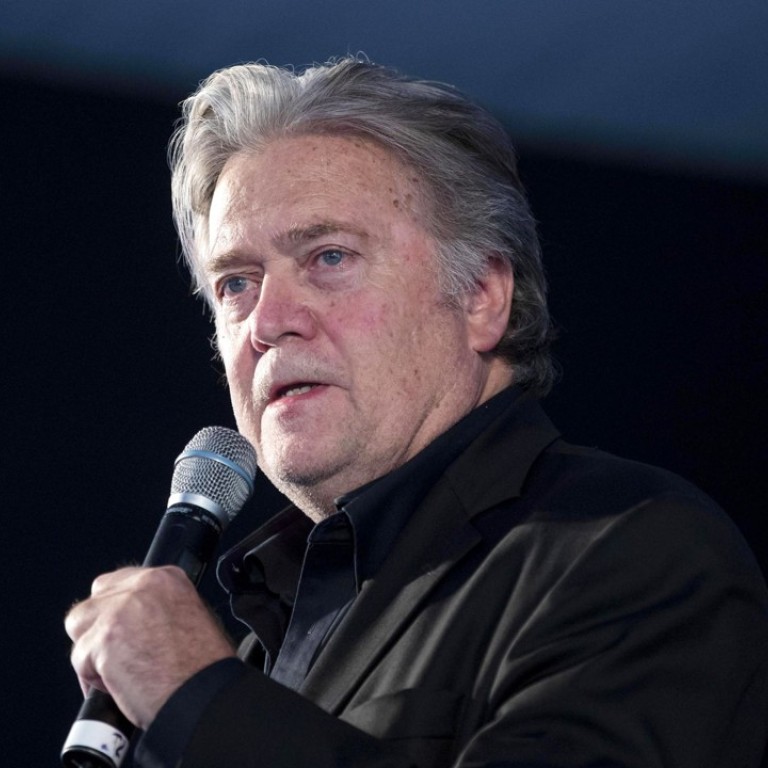 Steve Bannon, two Chinese military officers and the book that made him a China hawk

Why you can trust SCMP
Link Copied
80 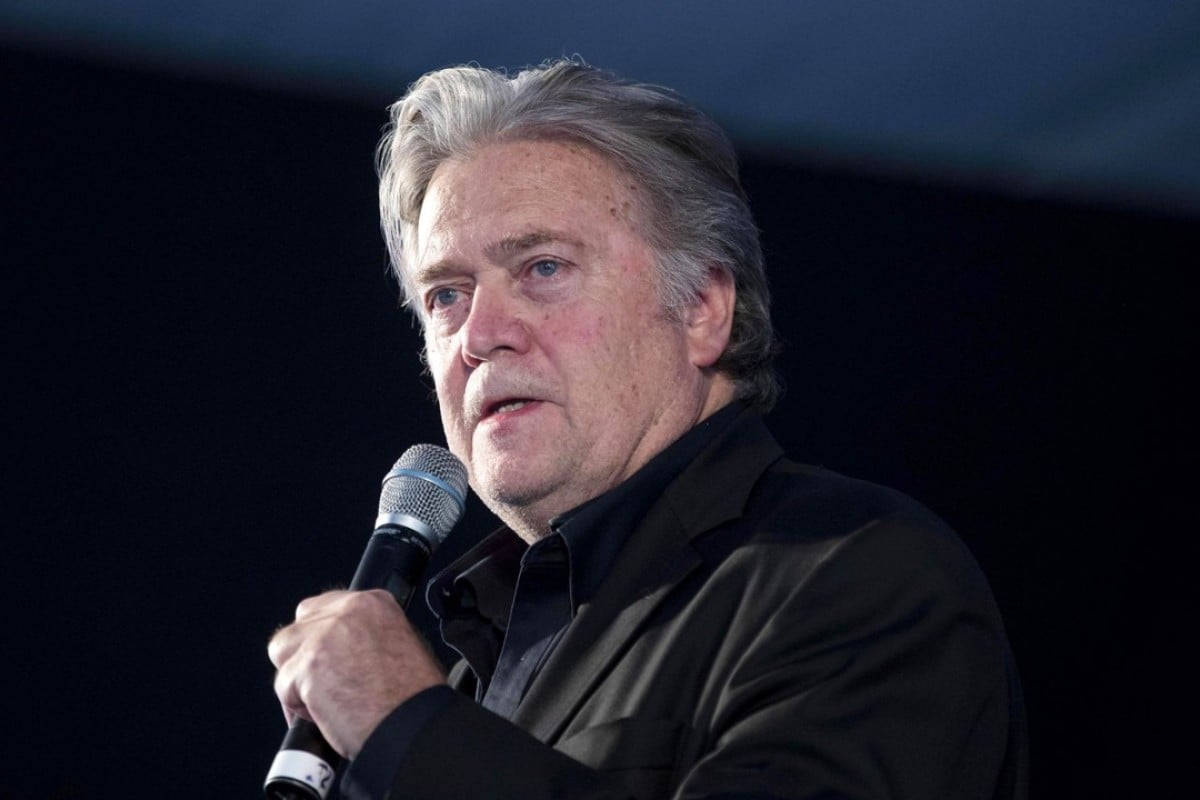 Steve Bannon, US President Donald Trump’s former chief strategist, says it was a book by two Chinese military officers that helped him conclude that “China was engaging in economic warfare against us”.

Bannon, who claims to have been “one of the biggest China hawks” in the president’s circle of advisers even before the trade war Trump started this year, also called Beijing’s “totalitarian political and economic system” the root of the rivalry between the two great powers.

Unrestricted Warfare, a book on military strategy by two senior People’s Liberation Army officers impressed Bannon when he read it in 2010.

The book by Qiao Liang, a retired military theorist, and Wang Xiangsui, who now teaches at Beihang University, was first published in Chinese in 1999 and translated into English 10 years later.

Steve Bannon makes his way through a crowd after speaking at Atreju 2018, a conference of right-wing activists in Rome. Photo: Washington Post

The two officers contended that no country could challenge the military supremacy of the United States through conventional means, or so-called kinetic warfare. The only hope, they argued, was to wear the US down gradually with what they termed economic and information warfare.

Bannon said one of the lessons he took from the book was that since it would take time for China to catch up with the United States militarily, Beijing had been focusing for the past decades on using information and economic means to weaken the US.

“The whole [Chinese] strategy is to avoid kinetic warfare and focus on information and economic [warfare],” Bannon said in an exclusive interview recently.

In his very first meeting with Trump in 2015 to prepare for the presidential campaign, China was among the topics they discussed, Bannon said.

“I told him China has been engaging in an economic war against us for the past 20 or 25 years,” he said, adding that Trump agreed with him.

Bannon, who is credited with being a central figure behind Trump’s surprise victory in the 2016 election, left the White House after a turbulent seven months in August 2017. His comments in Michael Wolff’s exposé Fire and Fury angered Trump who publicly condemned him.

In January, Bannon issued a statement apologising to Trump and the president’s oldest son, about whom he made unfavourable comments in the book. He said he was still in touch with the president and talked to him from time to time.

The American populist has been active in Europe, holding a roadshow across half a dozen countries to support the right-wing movement on the continent. He also closely monitors China and the ongoing trade war.

The American populist has been active in Europe, holding a roadshow across half a dozen countries to support the right-wing movement on the continent. Photo: The Washington Post

To Bannon, China’s rise is by no means certain since the nation’s economy is “a house of sand”.

“The main problem of China is the rule of law … You could have your rights suddenly taken from you and thrown into prison,” he said. “My fear is that a couple of missteps by the Chinese regime, particularly on this refinancing of the massive debt they have, could really affect the world economy.”

He accused American big business – “the global corporatists” – of being Beijing’s ally in this alleged economic war with the US and teaming up with Chinese government to advance the “totalitarian mercantilism”.

Bannon said Trump’s trade war could accelerate the great challenges confronting the Chinese economy and make it hard for China to “export its overcapacity” – which, he said, was destroying much of the West’s manufacturing industries.

In September last year, Bannon met Chinese Vice-President Wang Qishan and Vice-Premier Liu He in Beijing for three hours of discussions, a meeting that left Bannon “very impressed” by the two Chinese leaders’ knowledge and understanding of the United States.

It was not clear in what capacity Bannon met the two Chinese leaders but a source familiar with the talks said Wang and Liu did not ask about Trump. Instead, they were interested to find out more about the populist movement in the US.

Bannon said that, by comparison, America’s political elite had made “a fundamental misreading of China” over the past two decades.

He said also that Trump had a “very different policy” regarding Taiwan and the South China Sea from his predecessor, Barack Obama, describing the latter’s “pivot to Asia” strategy as a marketing ploy.