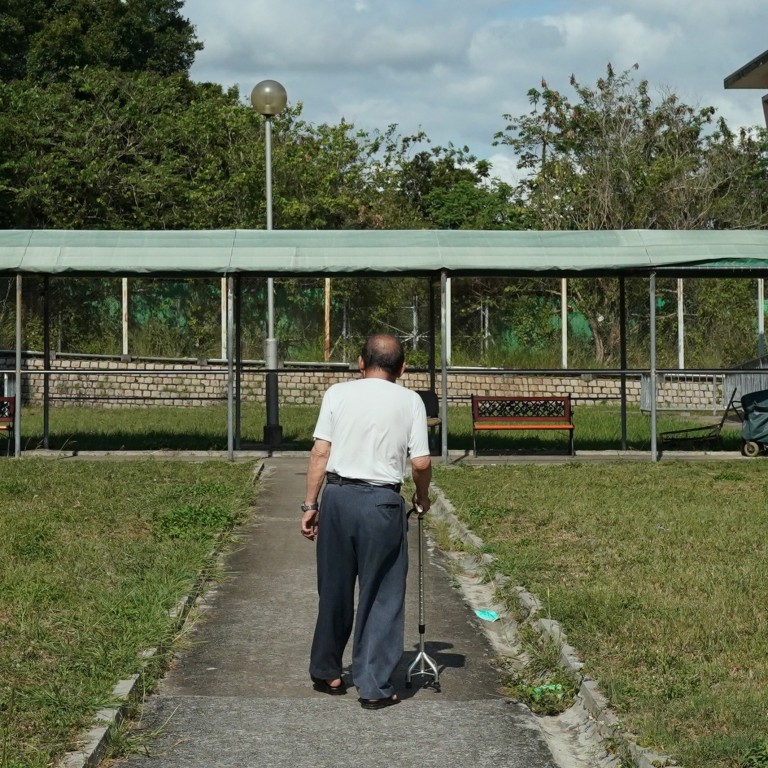 By 2050, a third of Hong Kong residents aged 80 or over are projected to be afflicted with Alzheimer’s disease. Felix Wong
Hong Kong /  Health & Environment By 2050, a third of Hong Kong residents aged 80 or over are projected to be afflicted with Alzheimer’s disease. Felix Wong

Hong Kong researchers claim to have discovered a new method to detect early-stage Alzheimer’s disease that could identify the condition up to a decade before symptoms appear.

No treatment is currently available for the form of dementia, a life-limiting illness marked by a gradual deterioration of mental ability including memory, judgment and communication. By 2050, a third of Hong Kong residents aged 80 or over are projected to be afflicted with the disease.

Dr Kannie Chan Wai-yan, an associate professor at City University’s department of biomedical engineering who co-led the research team, used MRI scanning to trace glucose injected into the brains of mice. A slow absorption and processing rate of the sugar pointed to signs of Alzheimer's.

“One of the challenges in the early diagnosis of Alzheimer’s is that many of the clinical symptoms, such as the emergence of protein plaque, are similar to other signs of ageing,” she said. “Meanwhile, actual symptoms of Alzheimer’s only appear long after the brain has started to deteriorate.”

By the time the organ shows changes, the disease is usually in the mid to late stage of development, according to Chan, who worked with researchers at Johns Hopkins University in the United States. Changes at the molecular level, such as alterations in how glucose molecules were processed, could be early indicators of the disease, she said.

In mice with Alzheimer’s, the processing of glucose in the glymphatic system – the brain’s lymphatic system that eliminates waste from the central nervous system – was significantly slower compared to healthy mice.

Chan said pilot human trials were already under way with healthy volunteers and researchers hoped the clinical trials could begin in the next three years.

Human subjects would be scanned with the MRI machine, then given glucose and scanned a second time to track the changes in the brain.

Glucose distribution is currently tracked by injecting patients with radioactive tracers and a positron emission tomography (PET) scan, but the procedure is invasive, comes with side effects and is more expensive.

The new method had no side effects, uses widely available MRI scanners and would be half the cost of a PET scan.

Once approved for human use, Chan said she hoped the method could be incorporated into annual check-ups for patients aged 60 and above. People with a gene called apolipoprotein E (APOE) that puts them at a higher risk of developing Alzheimer’s could undergo the test at an earlier age. “If the disease has progressed to the advanced stage, a patient would have lost a lot of neurons and the ability to take care of themselves,” Chan said. “If any test can allow the detection 10 to 20 years before, we could intervene much earlier, which would make a huge difference in the efficacy of therapy.”

Pang Hung-cheong, a community organiser with the Society for Community Organisation and advocate for patient rights, welcomed the development. But he warned that the public hospital system might have difficulty handling additional tests for annual physicals.

“Of course early detection will improve quality of care for Alzheimer’s patients, but it will depend on whether an effective network can be built up within community clinics, which also provide MRI scanning,” Pang said. “If the uptake of the new tests is quick, it can help us preserve quality of life for people who are at risk of the illness.”

Help us understand what you are interested in so that we can improve SCMP and provide a better experience for you. We would like to invite you to take this
five-minute survey
on how you engage with SCMP and the news.

This article appeared in the South China Morning Post print edition as: New Alzheimer’s analysis may detect disease up to 10 years before symptoms