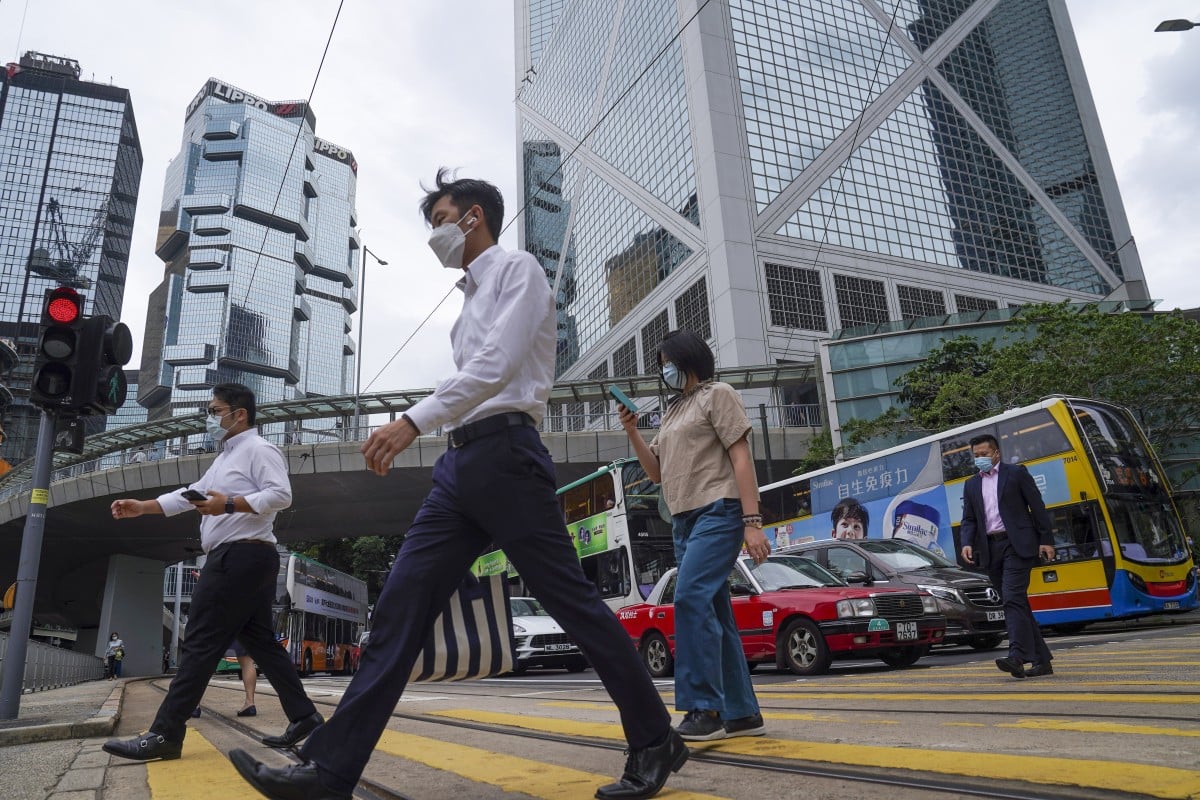 A fresh round of spending vouchers will be handed out to Hongkongers to boost a pandemic-stricken economy. Photo: Sam Tsang
Link Copied
Post
INTRODUCTION

A fresh round of spending coupons totalling HK$10,000 for permanent residents will also be handed out, with the first half to come in April. The total bill for the new voucher scheme will cost the government HK$66.4 billion.

The measures will serve as a shot in the arm for the struggling economy, which grew only 3 per cent this year, after a 6.4 per cent increase last year from 2020. This year's economic growth is forecast to be anywhere between 2 and 3 per cent.

The other two themes centred on providing support to the economy to drive a post-pandemic recovery, and to invest in the future, focusing on medium and long-term development.

The coming measures are aimed at shoring up the struggling economy and paving the way for post-pandemic growth.

It was expected that the city’s fiscal health would remain in the black compared with a previous forecast of a deficit of HK$101.6 billion (US$13 billion), due to higher revenue from stamp duty and land sales.

Chan also suggested an overhaul of the property tax system that would cut concessions for owners of multiple homes and raise rates on more valuable properties.

In a departure from the usual practice of delivering the budget speech in the Legislative Council, Chan instead live-streamed his presentation to observe social distancing.