As it happened: Hong Kong police fire rounds of tear gas in heart of city, while violence breaks out in Yuen Long 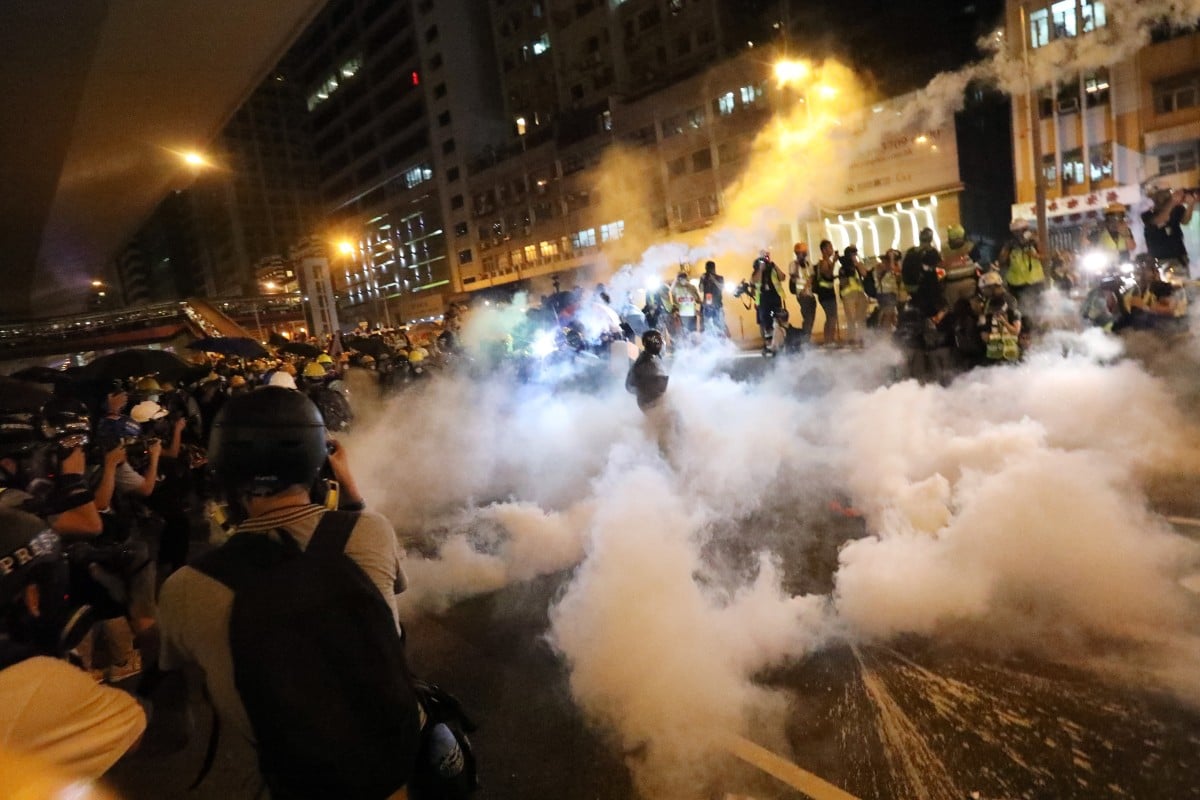 More than seven hours after the start of a major march against Hong Kong's now-suspended extradition bill, riot police in Hong Kong have fired rounds of tear gas on protesters along Connaught Road Central, following skirmishes and a tense stand-off.

In a darker turn of events on Sunday, a group of men in white suspected to be triad members attacked passengers at Yuen Long MTR station, particularly those wearing black, the colour of protesters. They left before police arrived.

The Civil Human Rights Front, the organiser of the march earlier in the day, said 430,000 people attended while police put the figure at 138,000 at its peak.

Crowds then advanced beyond the original police-mandated end point at Wan Chai to Queensway and Central, where they began occupying main thoroughfares of Connaught Road Central and Connaught Road West, blocking vehicles from getting through and putting up wooden barricades. Another group of protesters advanced towards the liaison office.

Demonstrators also gathered outside the Court of Final Appeal, the initial finishing point of the march organisers had pushed for but police disallowed.

By 7pm, crowds reached Beijing's liaison office in Sai Ying Pun. No police were seen guarding the building but a number of security guards were inside.