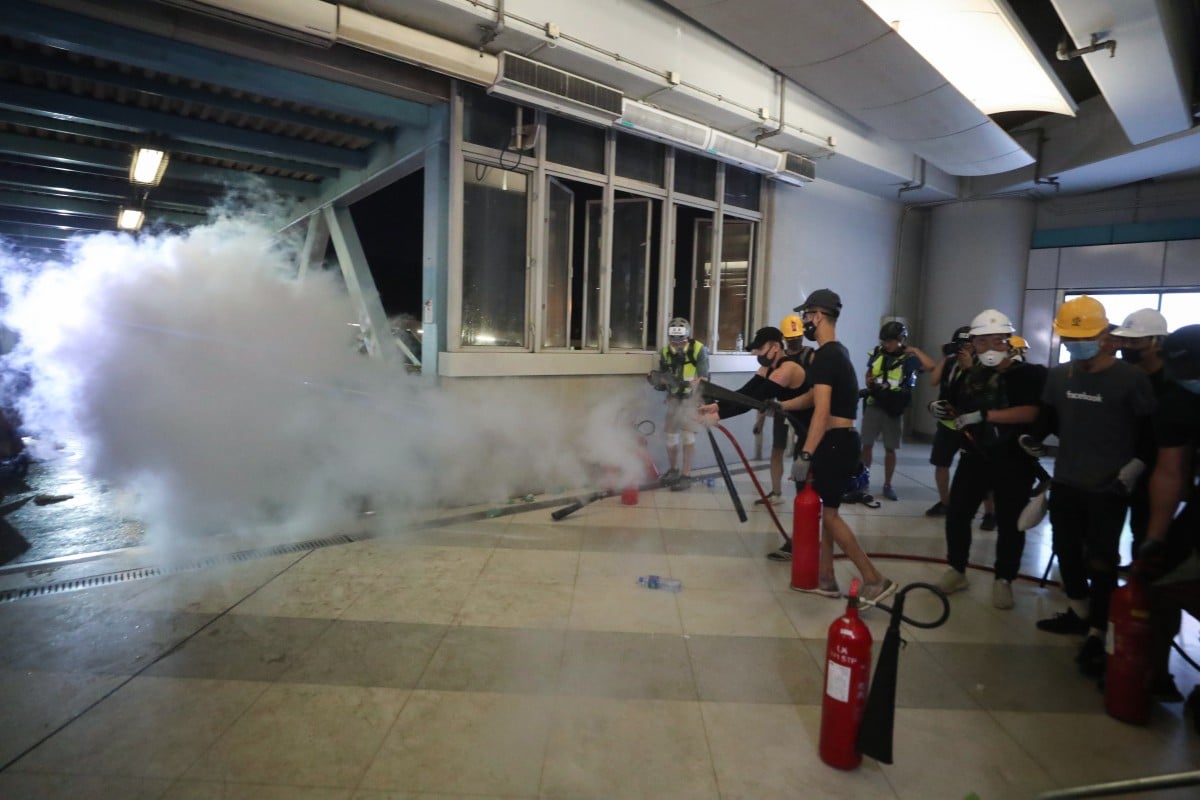 Hong Kong has again been shaken by protests as tens of thousands of people arrived in Yuen Long, a town gripped by tension over the past week following earlier scenes of unprecedented violence at a railway station.

Protesters were continuing their calls for a full withdrawal of a now-suspended bill that would have allowed the extradition of fugitives to mainland China as well as responding to last Sunday’s attack when men – thought to include local villagers and triad members – armed with wooden sticks and metal rods ambushed protesters and passers-by, leaving at least 45 injured.