As it happened: how Hong Kong protesters scattered across Mong Kok in a cat-and-mouse game with police 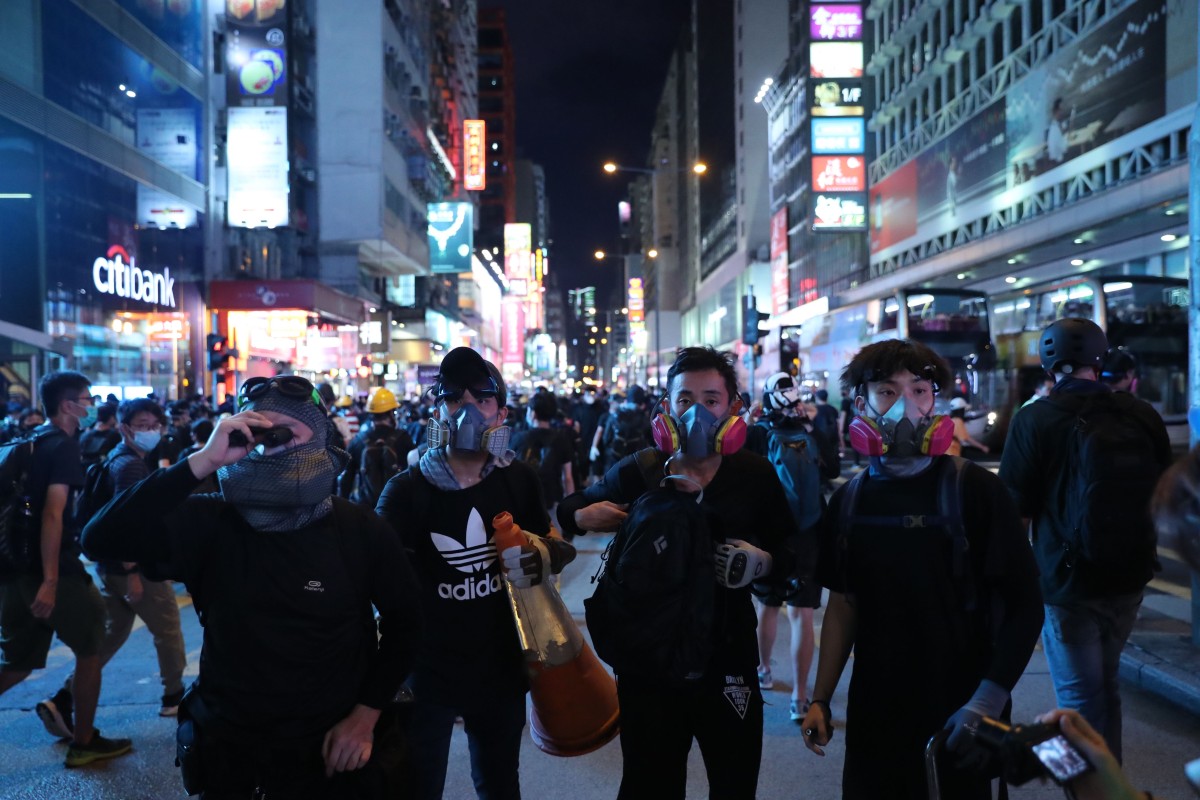 The first day of an 11th weekend of protests in Hong Kong ended in a brief stand-off with police in Mong Kok as demonstrators scattered across the busy shopping hub, blocking roads in flash-mob style disruptions and fleeing before riot officers could catch up.

The cat-and-mouse game followed an approved march in Hung Hom earlier on Saturday, while across the harbour, a pro-government rally drew thousands. A protest march by teachers in the morning ended without incident.

Police had earlier banned the Hung Hom march but gave last-minute approval following a change of route, from Hoi Sham Park in To Kwa Wan to Whampoa MTR station.

These were the three approved demonstrations for Hong Kong on Saturday, the latest in more than two months of civil unrest sparked by the now-shelved extradition bill, which would have allowed the transfer of fugitives to jurisdictions with which the city has no such agreement, including mainland China.