As it happened: more than two dozen arrests after chaotic day of protests in Hong Kong, as police are attacked with petrol bombs and tear gas is fired 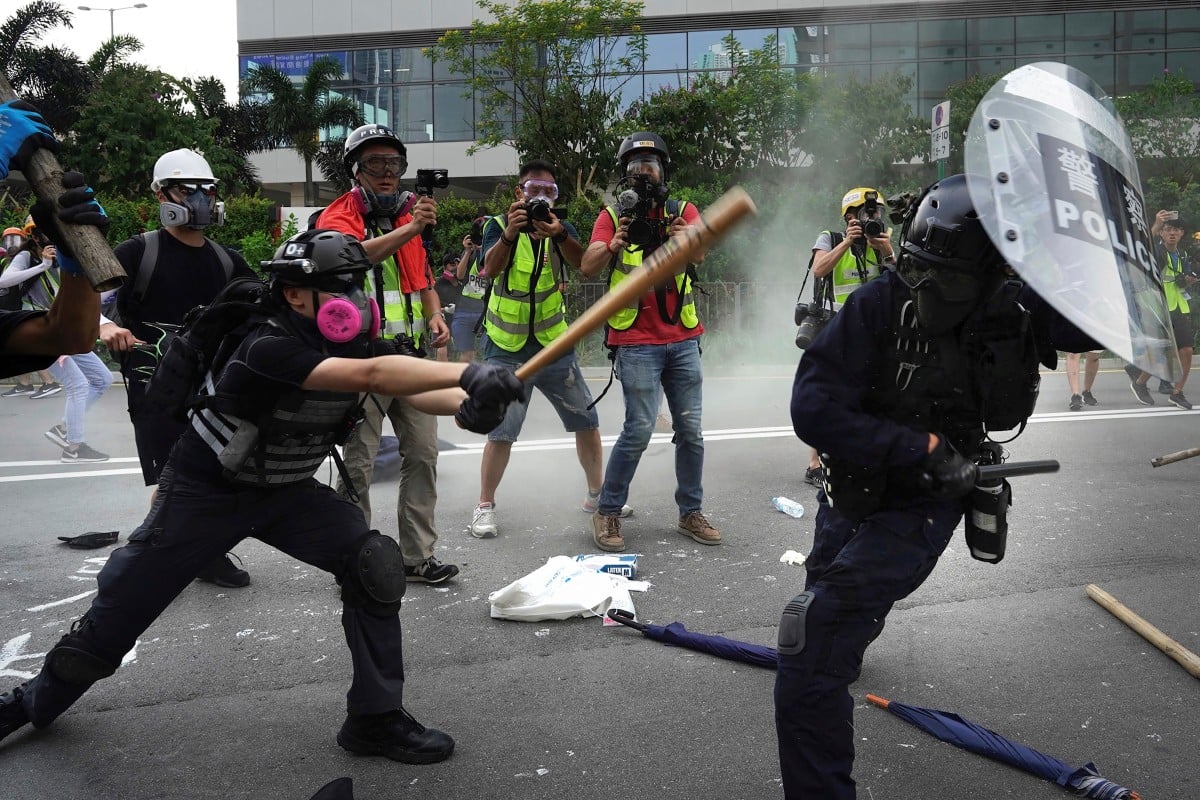 More than 1,000 people showed up in Kwun Tong, an industrial district, calling for the full withdrawal of the now-shelved extradition bill and demanding an explanation over a plan to set up "smart lamp posts" along roads. The devices measure traffic conditions, weather and other data, but critics say they infringe upon privacy. The march followed a plan in the morning to cripple transport links to the airport, but that protest action failed to take off because of low numbers.

The Kwun Tong procession headed from Tsun Yip Street to Zero Carbon Building in Kowloon Bay, and marked the latest in nearly three months of demonstrations that have rocked the city. The political crisis was sparked by the hated extradition bill, which would have allowed the transfer of fugitives to jurisdictions with which Hong Kong has no such agreement, including mainland China.