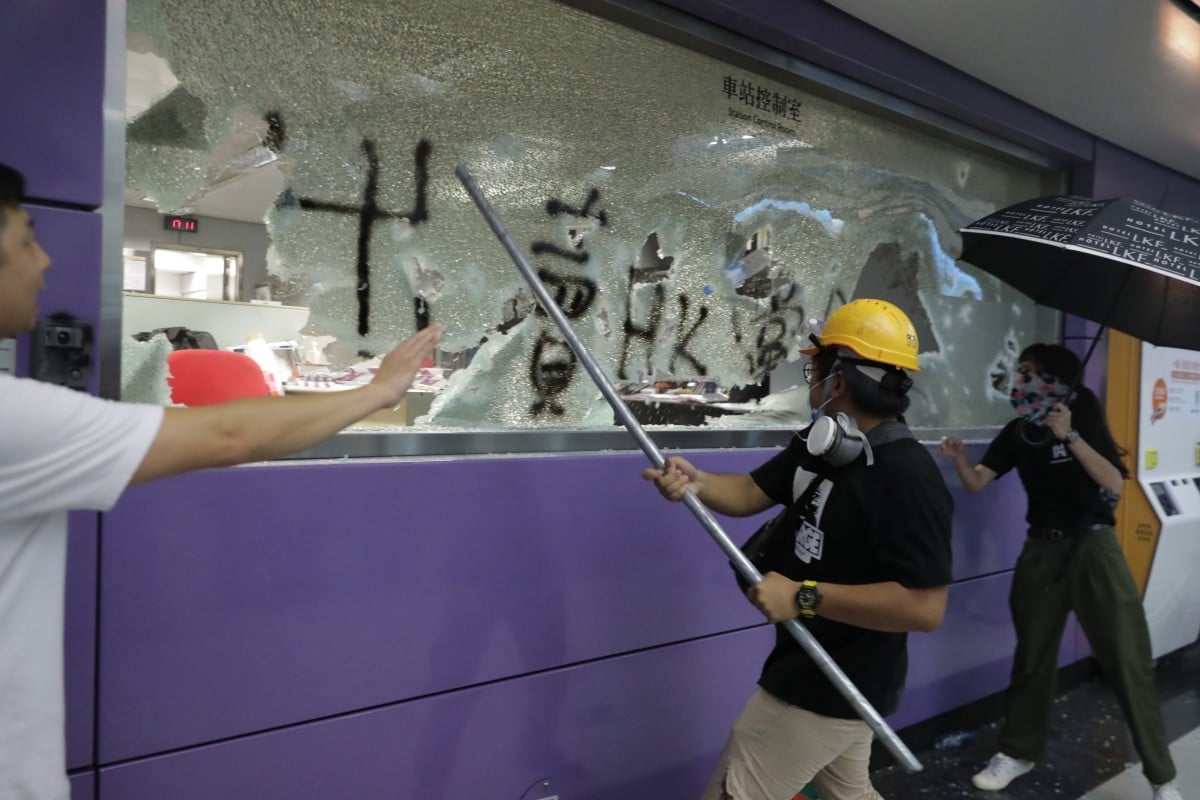 Anti-government protesters targeting the airport on Sunday vented their anger on the closest suburb of Tung Chung as they went on a rampage in the area's MTR station, crippling train and bus services after a brief stand-off with police at the aviation hub.

The action came a day after police used water cannons and tear gas against demonstrators who had hurled petrol bombs and bricks at them.

Protesters are calling on the public to overwhelm roads and rail links to the airport on Sunday and Monday to cause flights to be cancelled, in a hoped-for repeat of their actions a fortnight ago.

Two other groups of protesters also planned demonstrations in the northern town of Tin Shui Wai, which was later cancelled, and outside the British consulate in Admiralty. The protest in Admiralty called on London to give British National (Overseas) passport holders the right to live in the UK.

Follow our live blog below for the latest updates.