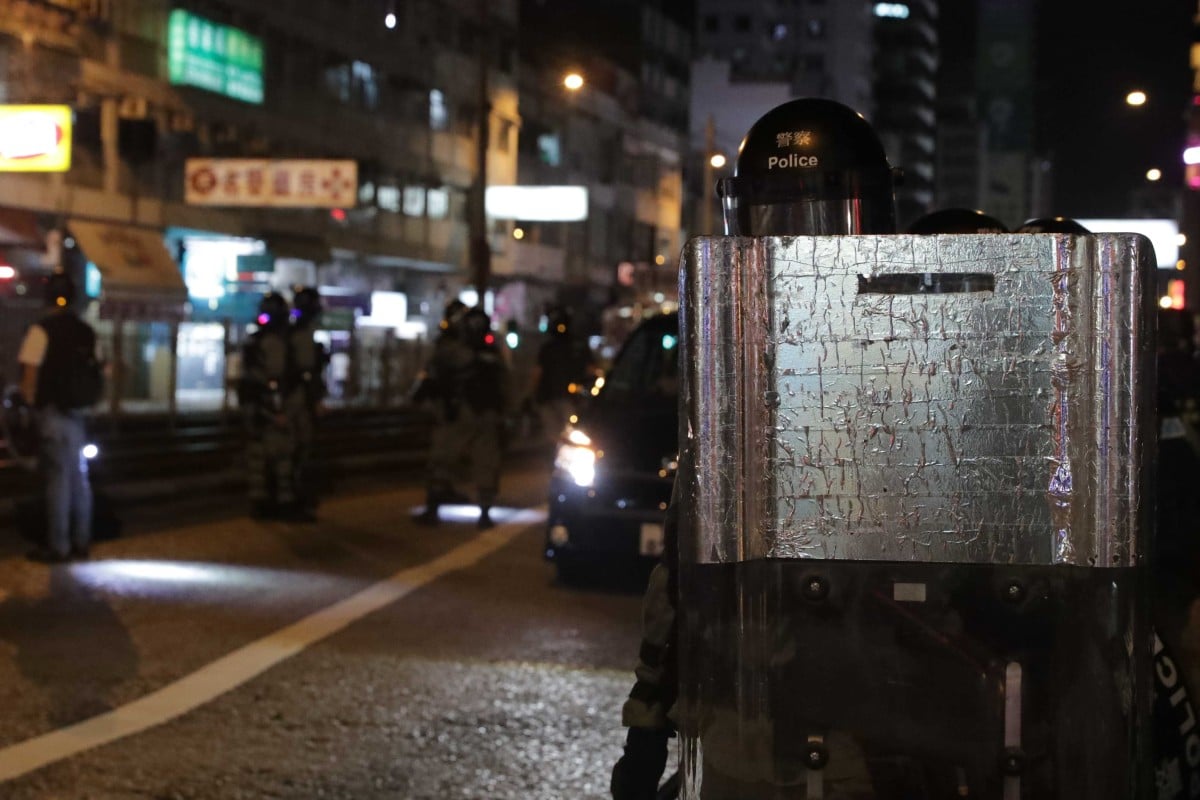 Afterwards, there was a sit-in at Yuen Long MTR station to mark two months since gangs of men wearing white attacked commuters, including black-clad demonstrators returning from a mass rally.

Earlier in the day, a citywide campaign by pro-Beijing groups to remove anti-government posts on so-called Lennon Walls had attracted a much smaller turnout than expected. Protesters did not show up at the murals to confront their opponents, but returned in the afternoon to replenish the walls with posts and even flowers.