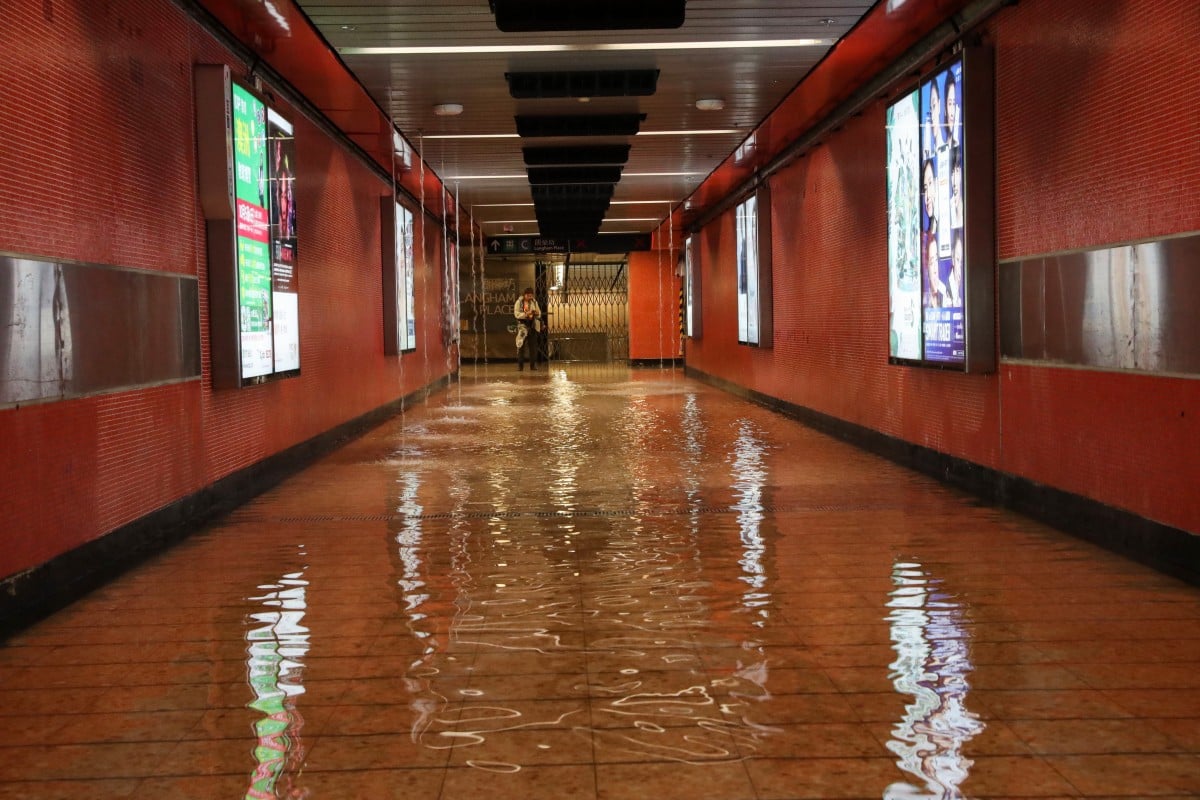 A corridor in Mong Kok MTR station is turned into a mini river as protesters break in and vandalise facilities, setting off water sprinklers and a fire hose. Photo: Sam Tsang
Link Copied
Post
INTRODUCTION

Thousands of demonstrators angered by the anti-mask law returned to Hong Kong’s streets on Sunday, after its introduction late on Friday sparked violence that ground the city to a halt.

Two groups of anti-government demonstrators, many of them covering their faces, marched in Causeway Bay and in Kowloon in a coordinated action that started at 2pm. The rallies later descended into chaos again, as mobs smashed MTR facilities and targeted shops.

Amid the clashes, police fired tear gas on both sides of Victoria Harbour, and the People's Liberation Army in Kowloon Tong issued a warning in an unprecedented move to protesters gathering outside.

It is the third straight day of protests against the anti-mask law. On Saturday the MTR Corporation, reeling from damage brought on by protesters accusing it of colluding with police and bowing to Beijing, closed its entire network.

Hong Kong’s embattled leader Carrie Lam Cheng Yuet-ngor appealed to the public on Saturday to condemn the protest violence as she defended her decision to impose the ban by invoking colonial-era legislation for the first time in more than half a century.