As it happened: Hong Kong arson spree on stores such as Xiaomi, Best Mart 360 and Tong Ren Tang amid protests 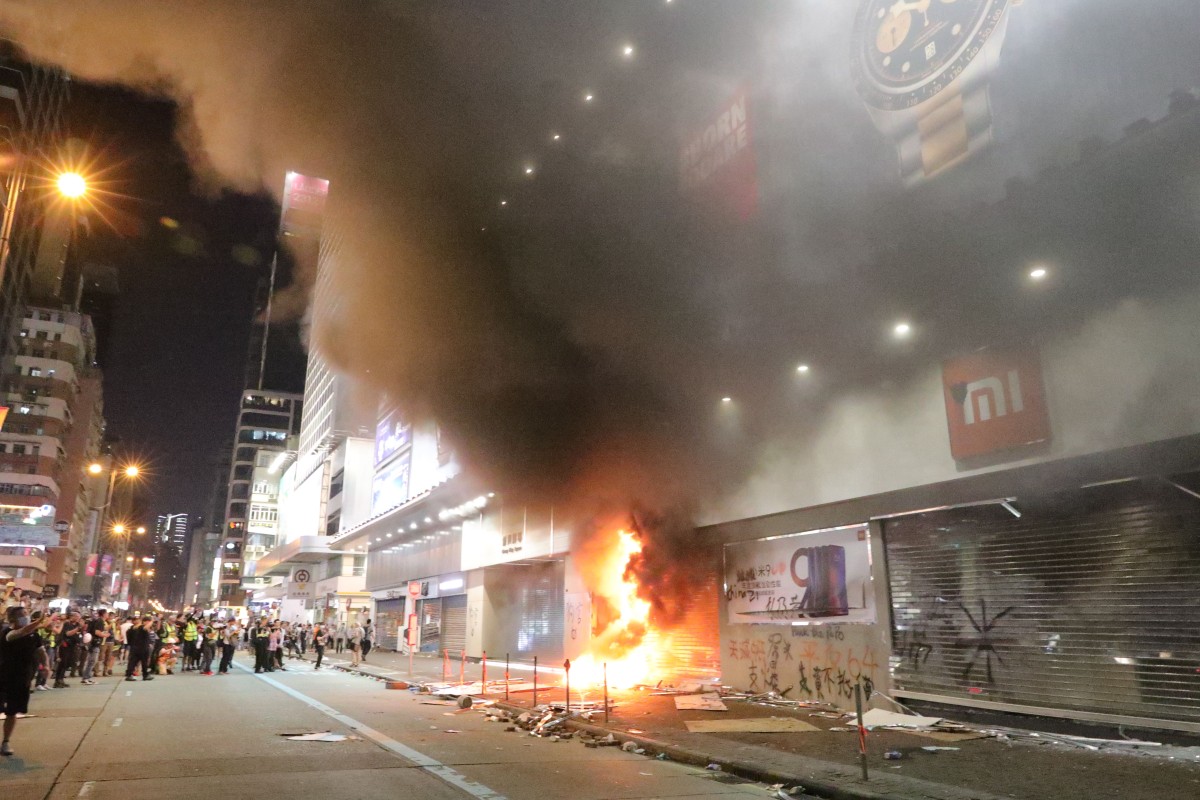 A Xiaomi store in Mong Kok is on fire. Photo: May Tse
Link Copied
Post
INTRODUCTION

An illegal march in Hong Kong has turned into another night of violence and wanton destruction in the city as protesters course down the major thoroughfare of Nathan Road, smashing up and burning MTR stations and shops with mainland Chinese links.

A huge blaze engulfed a Xiaomi store in Mong Kok, while earlier petrol bombs were thrown into the exits of at least two MTR stations. Several other shops and restaurants, including branches of Best Mart 360 and Yoshinoya have been targeted.

Our blog below captured events as they unfolded. Reporting by Phila Siu, Linda Lew, Kimmy Chung and Jeffie Lam.