As it happened: At least 400 arrested in Hong Kong as massive New Year's Day march gets cut short amid protest violence 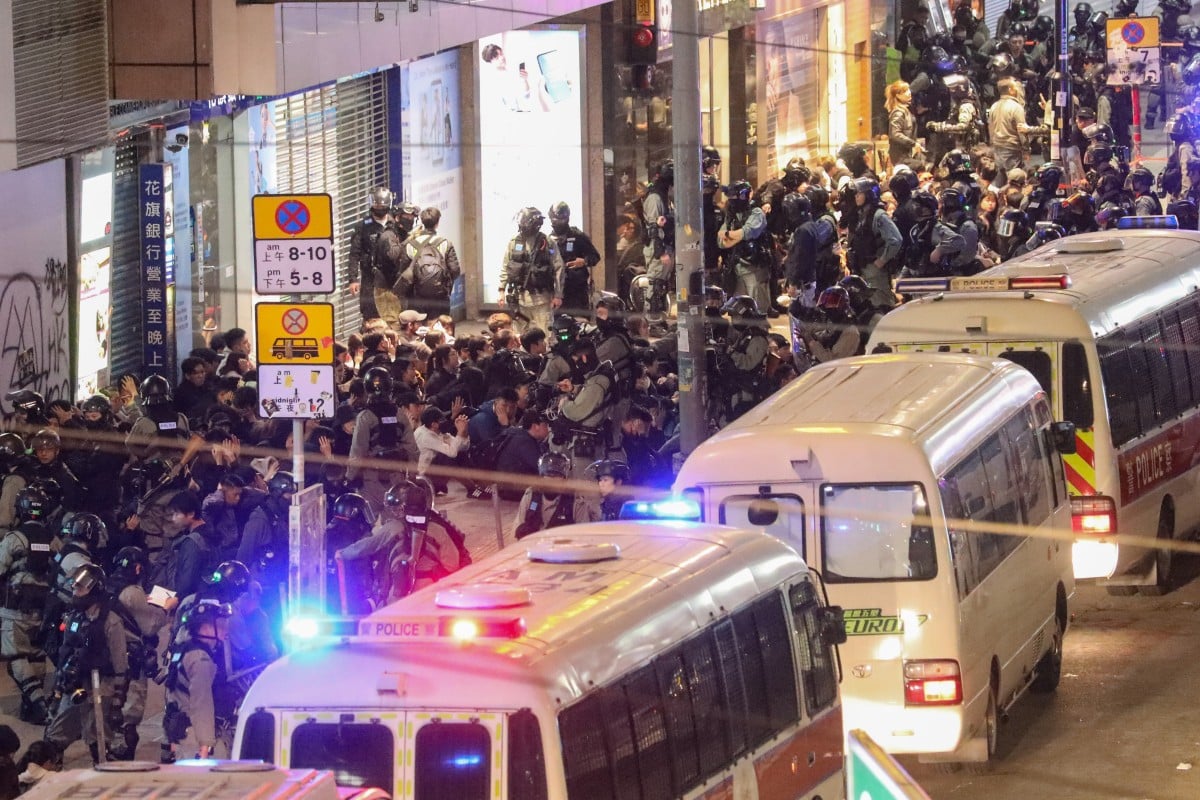 A massive, New Year's Day solidarity march against the Hong Kong government had to be called off three hours after it began as violence broke out on the sidelines, with a police source saying at least 400 people were arrested.

Organisers said the turnout was higher than the estimated 1.03 million who took to the streets on June 9 last year for the first major protest against the government's now-withdrawn extradition bill.

Earlier in the day, huge crowds flooded Victoria Park for the march from Causeway Bay to Chater Road in Central to press their demands for an independent inquiry into police action, amnesty for those arrested and universal suffrage amid an anti-government movement now into its seventh month.