As it happened: ‘no one size fits all’ democratic model, Hong Kong leader Lam says as she defends Legco poll 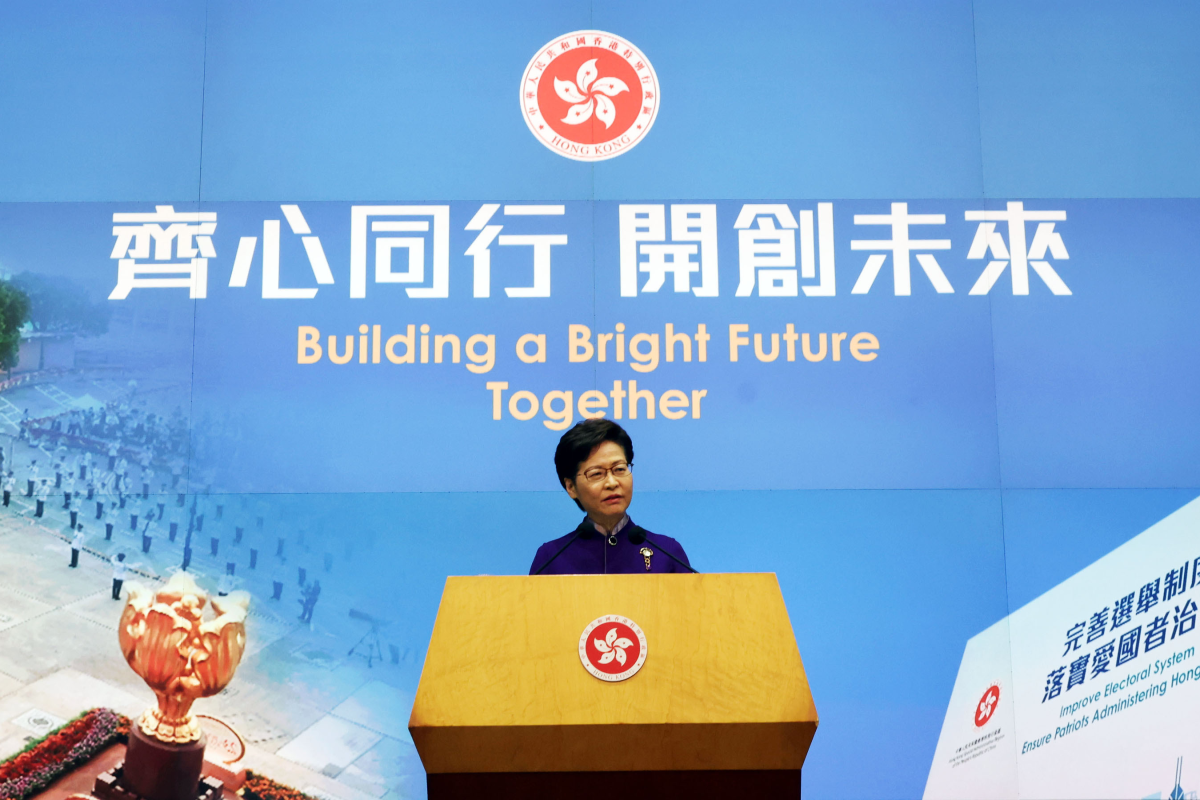 As part of SCMP’s commitment to provide our readers with comprehensive coverage of the election, we have made this live blog available for free. Please consider supporting SCMP’s journalism by subscribing.

Amid a record low 30.2 per cent turnout, officials completed the counting of ballot papers on Monday morning within 12 hours of polls closing.

Of the 90 lawmakers taking their seats in the revamped legislature, the only non-establishment figure is Tik Chi-yuen.

The former Democrat, who ran as a middle-of-the-road candidate, triumphed in the social welfare functional constituency.

Pro-Beijing figures won the remaining 89 seats. All 11 centrists or non-establishment contestants running in the directly elected races were roundly defeated.

More than 1.3 million registered electors in the geographical constituencies cast ballots on Sunday, for a turnout rate of 30.2 per cent, the lowest since Hong Kong's return to Chinese rule in 1997. The figure was far below the record high of 58.3 per cent in the last Legco election in 2016, though the voting period was an hour longer that time around.

There were some surprises in the new Election Committee constituency. While all nine incumbents were re-elected, businessman Allan Zeman, mainland China-affiliated Tu Haiming and bus driver Choy Wing-keung were among those falling short.

Read our live blog covering election day as it happened and our wrap of Monday's events here.