live | As it happened: Xi Jinping says Hong Kong’s unique status and advantages must be upheld as he hails ‘one country, two systems’ 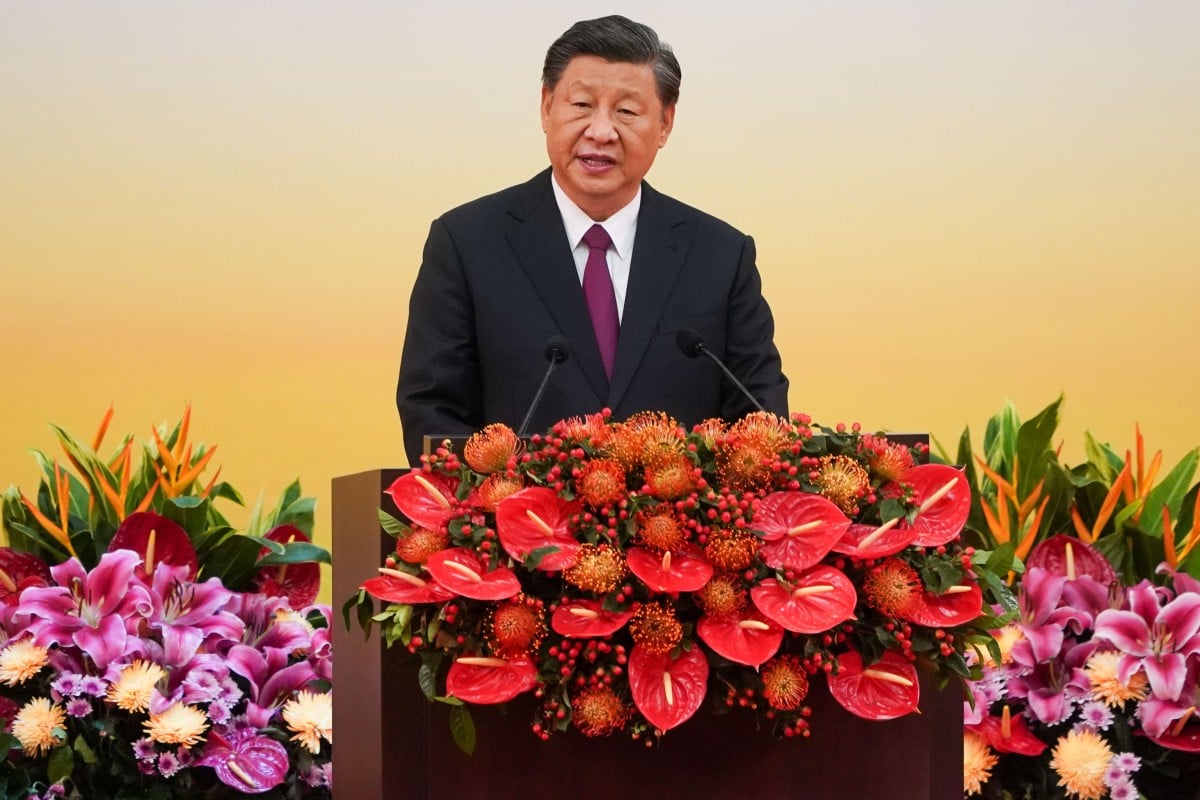 This blog has been made freely available as a public service to our readers. Please consider supporting SCMP’s journalism by subscribing.

President Xi Jinping on Friday officiated the swearing-in ceremony of the new administration led by John Lee Ka-chiu on day two of his visit to Hong Kong to mark the 25th anniversary of the city’s turn to Chinese rule.

Having spent the night in Shenzhen, Xi crossed the border again by high-speed rail in the morning to deliver a keynote speech, giving a vigorous endorsement of “one country, two systems”, and saying it should not be altered.

On Thursday, in a brief arrival speech, the president described Hong Kong as having “risen from the ashes” after overcoming various severe challenges since his last visit in 2017, which proved that “one country, two systems is a good system”.

Xi also met outgoing leader Carrie Lam Cheng Yuet-ngor and her predecessor Leung Chun-ying, during which he praised Lam for her contributions and effort to “stop violence and chaos, fight the pandemic with full force, integrate with the country’s development plan and safeguard national sovereignty, security, development interests and Hong Kong stability”.

Xi returned to the mainland in the afternoon, ending his two-day visit.

Our live blog below covered the latest updates on Xi’s second day in the city.