As part of harsh and controversial coronavirus prevention measures, authorities in China are sweeping the houses of those quarantined and killing any pets they find. Photo: AFP
China society
+ FOLLOW
People & Culture /  Environment

Coronavirus: China is killing the pets of Covid-19 patients without their consent under draconian new measures

Why you can trust SCMP
As part of harsh and controversial coronavirus prevention measures, authorities in China are sweeping the houses of those quarantined and killing any pets they find. Photo: AFP

This winter, Beijing resident Lisa Li is more careful than ever to not get sick.

She has been social distancing and following other measures to protect herself, and says if there’s another regional outbreak in Beijing, she would self-quarantine immediately and cut off contact with the outside world.

“If I happen to catch Covid-19, what if my cat starves to death or gets killed while I’m in quarantine?” she told the South China Morning Post.

She’s referring to a spate of recent incidents in China where the pets of coronavirus patients were forcefully killed by local governments as part of their strict virus prevention measures.

Three cats owned by a Covid-19 patient in Harbin were diagnosed with the disease, and put down without the owner’s consent. Photo: Weixin

This month, a Chengdu resident in southwestern China claimed on the social media platform Xiaohongshu that her cats were killed after she was moved from her home into quarantine. Just two months prior, a Harbin woman from northeast China said on Weibo that her three cats were killed by community workers after they were tested positive for the virus.

But community workers have responded by telling local media there’s no treatment available for animals and euthanasia was the only option.

“If the animal tests positive, then they cannot move back and the whole residential area could not move back, the outbreak will never end,” the worker said.

Please don’t stop advocating, because if you don’t care, maybe it’s your furry babies that will die next online commenter

China is still chasing a zero-Covid-19 strategy. Whenever regional outbreaks happen, local governments use massive testing, contact tracing, and sometimes partial lockdowns to try to contain the spread. The rest of the world is increasingly moving to high vaccination levels and open borders in a coexisting with Covid-19 strategy.

While the public has been generally tolerant of the strategy so far, complaints are on the rise; people are increasingly saying they are tired of the outbreaks, and that the rough, one-size-fits-all treatment from local government and community workers to contain the virus, including bad treatment of pets, is excessive. 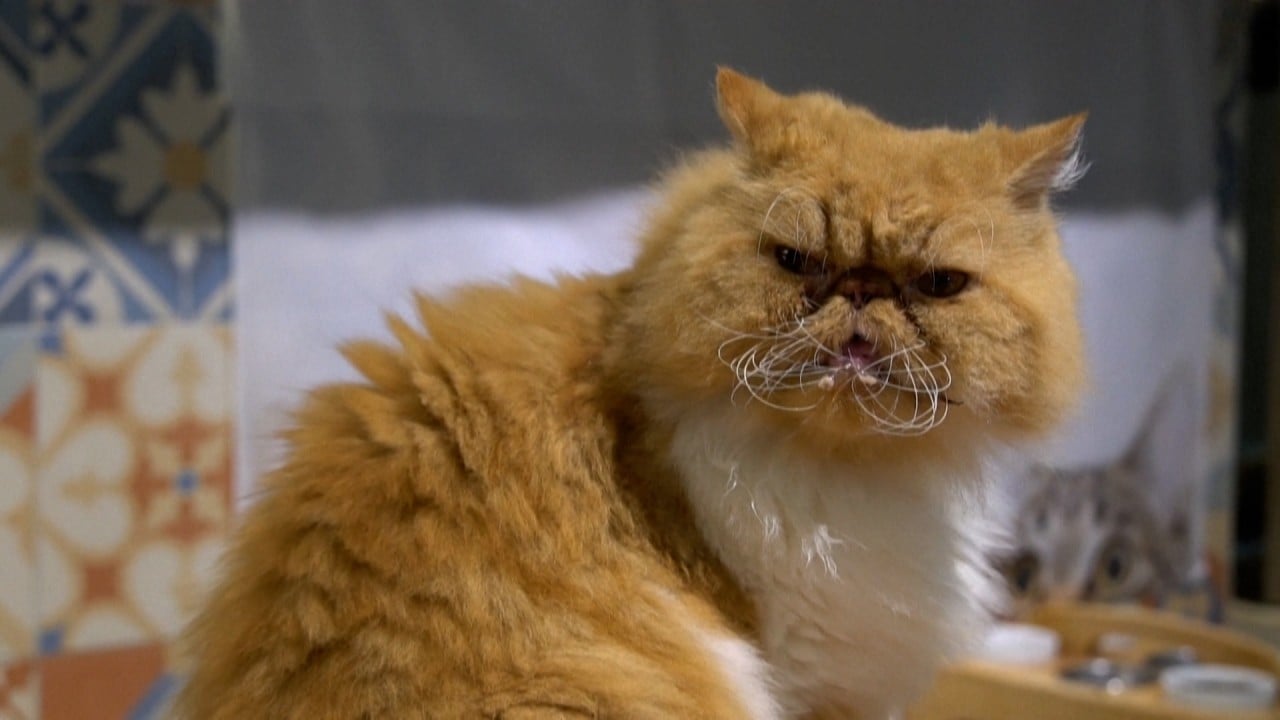 Cat food made from silkworm pupae developed by researchers in Taiwan

Cat food made from silkworm pupae developed by researchers in Taiwan

As a pet owner, Li was outraged by these incidents.

Currently, pet owners are taking matters into their own hands with online petitions and calling on local governments for more humane and well-defined policies.

One post circulating online lists instructions for pet owners who find themselves in trouble with authorities, including social media call-outs, videotaping killings, and other brutal actions by community workers, calling for help through local media outlets, and insisting on being allowed to quarantine with their pets.

There is no firm evidence that pets like cats can easily spread the virus. Photo: AFP

“Please don’t stop advocating, because if you don’t speak out, maybe it’s your furry babies that will die next,” the post said.

Some also questioned whether it was legal for the governments to kill pets. According to Chinese law, wild animals or livestock infected during a pandemic can be killed. But cats and dogs are not listed as livestock.

When the Post asked the Chengdu government what policy they followed, a staff member said they are also waiting on clearer policy direction from the central government and told the Post’s reporter that instead of questioning the government they should: “go read current policies”.

Medically, there’s no conclusive evidence that pets can spread the virus. According to the US Centers for Disease Control and Prevention, the risk of animals spreading Covid-19 to people is considered to be low. 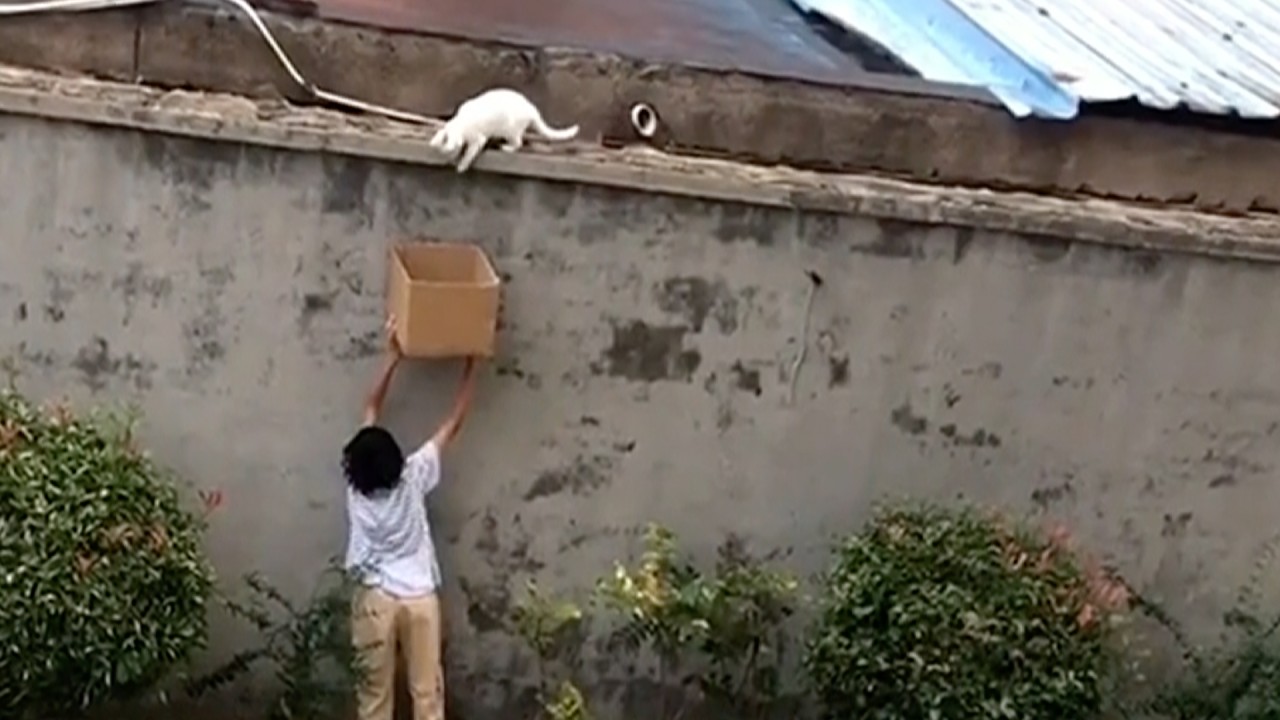 “If a person inside the household becomes sick, isolate that person from everyone else, including pets and other animals,” it suggested on its website.

Even China’s official media advocated for lenient treatment of sick pets. The Life Times, a newspaper run by the Communist Party mouthpiece People’s Daily, called on the public to not panic about the chance of pets spreading the virus.

“In a pandemic, the pets are victims of the virus just as much as humans,” it said.

But without clearer policies in place, for the time being, pet owners such as Li can only rely on themselves to protect their pets.

“Currently there’s no law protecting companion animals in China, so there’s not much room to fight for our pets, and their deaths can only act as a cautionary tale for owners to be more careful from now on,” she said.

This article appeared in the South China Morning Post print edition as: pets of covid patients killed without their consent under draconian measures

Phoebe Zhang is a society reporter with the Post. She has a master's degree in journalism.

LGBT community in sights as China cracks down on ‘Western import’