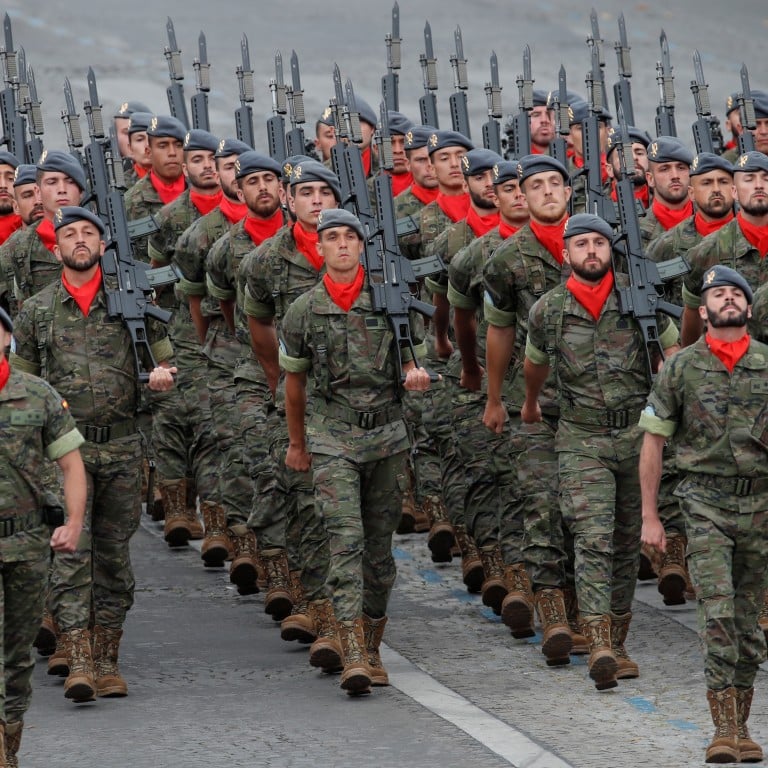 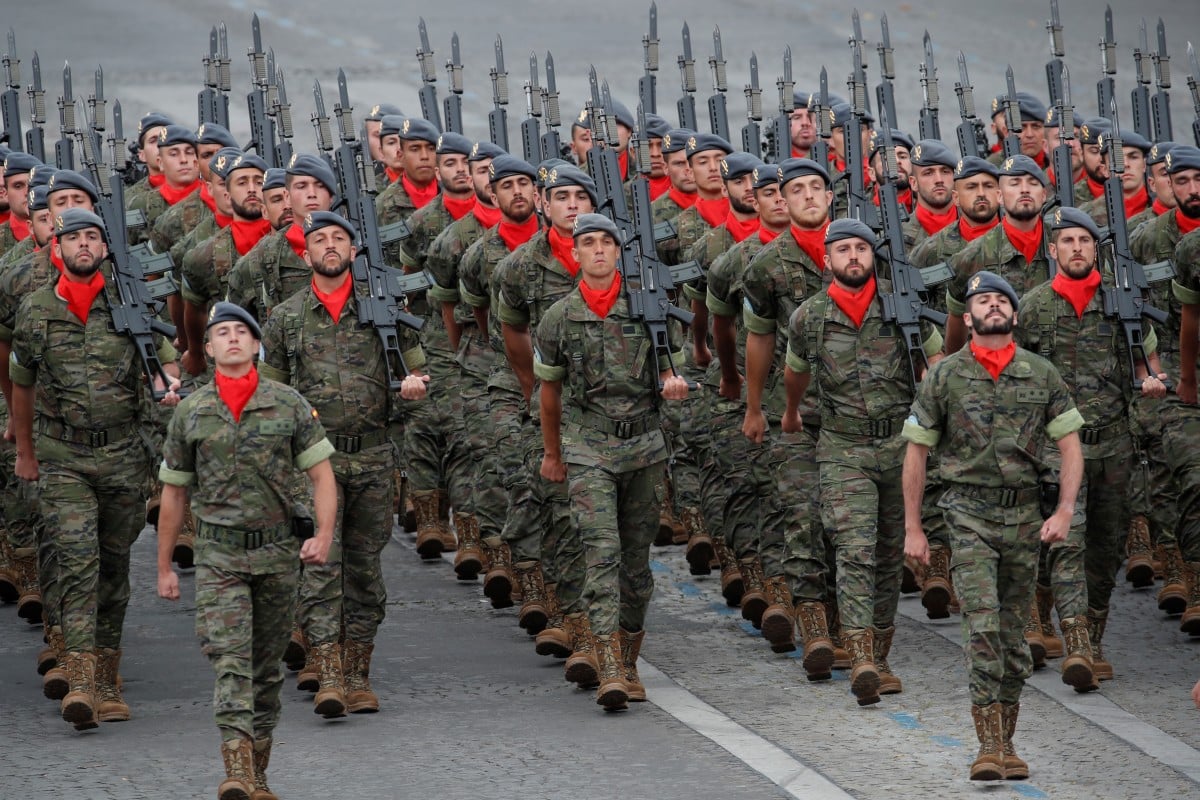 French President Emmanuel Macron on Sunday put European military cooperation at the heart of the Bastille Day parade at a time of growing tensions with the United States.

Key EU leaders, including German Chancellor Angela Merkel and Dutch Prime Minister Mark Rutte, joined Macron to watch the annual parade down the Champs Elysees that marks the July 14, 1789 storming of the Bastille fortress in Paris in the French Revolution.

Over 4,000 members of the armed force made the ceremonial march to the Place de la Concorde, as fighter jets roared overhead.

Standing in an open-top command car alongside France’s chief of staff General Francois Lecointre, Macron inspected the waiting forces and waved to the crowds.

But in a reminder of the domestic troubles the president has faced in the last months, he met jeers and whistles from supporters of the “yellow vest” movement who have staged weekly protests against the government.

Closer European defence cooperation has been one of Macron’s key foreign policy aims and the president shows no sign of wavering despite growing political turbulence in Germany and Britain’s looming exit from the European Union.

At the 2017 parade, Macron’s guest of honour was the freshly-inaugurated US President Donald Trump as the young French leader sought to take the initiative in forming a bond with his counterpart.

But since then ties between Trump and Macron have soured over the US pull-out from the Paris climate accord and the Iran nuclear deal, as well as France’s new law for a tax on digital giants, mostly US companies.

Macron, who pushed the idea of the European Intervention Initiative (E2I) to undertake missions outside existing structures like Nato, says European defence cooperation was crucial.

“Never, since the end of World War II has Europe been so important,” Macron said to mark July 14.

He said the aim of the E2I was to “act together and reinforce our capacity to act together” adding: “Our security and our defence pass through Europe”.

Forces from all nine countries taking part alongside France in the E2I – including Britain and Germany – were represented at the parade.

Soldiers of the French Foreign Legion march past Europe’s leaders. Photo: AFP
In a sign of France’s ambition to be a leading modern military power under Macron, the president Saturday announced the creation of a
national space force command
that will eventually be part of the air force.

“We will reinforce our knowledge of the situation in space, we will better protect our satellites, including in an active manner,” Macron said as he announced the plan, which mirrors a US initiative championed by Trump.

Outgoing British Prime Minister Theresa May had been expected to attend but Britain is instead represented by senior cabinet minister David Lidington, the Elysee said.

An armed soldier on a Zapata Flyboard is seen during the traditional Bastille Day military parade on the Champs-Elysees Avenue in Paris, France, July 14, 2019. REUTERS/Pascal Rossignol

Also present are members of the 5,000-strong Franco-German Brigade (BFA), which was created in 1989 as a symbol of post-war unity between France and Germany, and celebrates its 30th anniversary this year.

Merkel, who is battling to keep her grand coalition together at home, was gain be under close scrutiny after she suffered
three episodes of shaking
at official events in recent weeks.

Some 4,300 members of the armed forces, 196 vehicles, 237 horses, 69 planes and 39 helicopters were mobilised for the event in the heart of the French capital.

In what was perhaps the most jaw-dropping moment of the parade, a French inventor and entrepreneur soared above the Champs-Elysees on a turbine engine-powered flyboard.

Former jet-skiing champion Franky Zapata, grasped a rifle in a sign of the possible military uses of his device.

French Armed Forces Minister Florence Parly told France Inter radio ahead of the parade that the flyboard “can allow tests for different kinds of uses, for example as a flying logistical platform or, indeed, as an assault platform”.