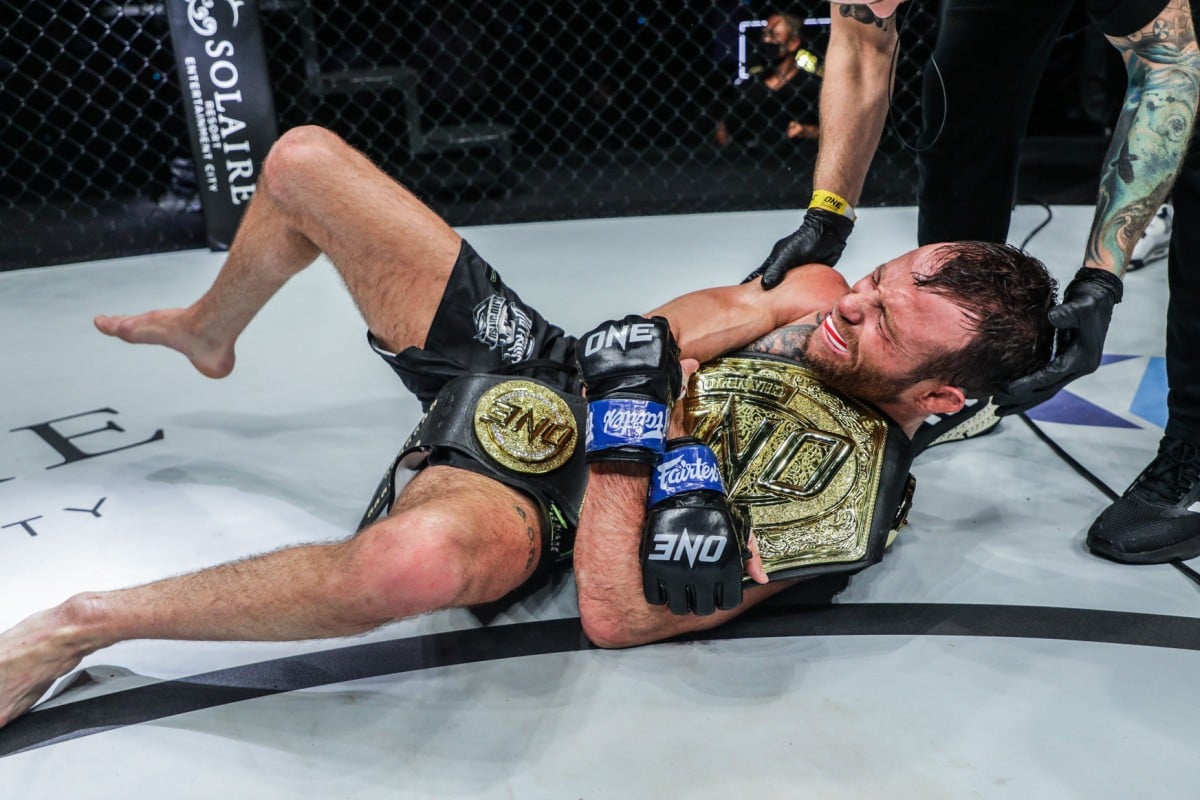 Jarred Brooks is now the ONE Championship strawweight MMA king.

The American “Monkey God” won the title with a unanimous decision win over long-reigning Filipino champion Joshua Pacio in the main event of Saturday’s ONE 164 event in the Mall of Asia Arena in Manila.

It was an extremely impressive performance, as he not only out-grappled the champion, but out-struck him on the feet.

The fight was supposed to crown ONE’s flyweight Muay Thai grand prix champion, but the bout was stripped of those stakes after both men missed weight on Friday.

Earlier on the card, former heavyweight champion Brandon Vera, an American of Filipino heritage, suffered a tough first-round TKO loss to Amir Aliakbari, and announced his retirement after the fact.

Get caught up on all the action as it happened below.