One down, four to go. With CrossFit Open workout 20.1 behind us, the CrossFit world is shifting its focus to 20.2. A question that is surely ripe in your box and community this week is what movements are we going to see?

There are five other movements which have shown up twice in week two, those are dead lifts, double unders, chest to bar pull-ups, overhead squats and box jumps.

So, if I were a betting man, I’d expect 20.2 to include a combination of the pull-up bar and some barbell cycling. However, with barbell cycling already featuring prominently in 20.1 it is possible this 20.2 could take on a different feel. The barbell is almost sure to show up again, possibly even twice more, throughout the Open.

Looking up at all the incredible scores rolling in for 20.1 as I slide on down that leaderboard Also looking at something I think we’ll see used in 20.2, the pull up bar. I’m guessing we will have either T2B or BMU coming this week. What’s your guesses for 20.2? #OpenContent @trueprotein @kimbopedersen

But do not be surprised if it is the dumbbell that is included as the weightlifting component this week either. In both 2017 and 2018 the dumbbell was included in the 20.2 workout, and as it figures to be a part of this year’s Open for the fourth time in a row, week two seems as good a time as any for it to make an appearance. Lastly, since a couplet was in the cards for week one, expect either a triplet or a chipper style workout for week two.

With the deviation from the old style of Open announcements, communities around the world get the chance to be involved in the release of Open workouts each week. There’s an announcement this week in Canada featuring two Canadian women, Carolyne Prevost and Caron-Ann Reason-Thibault, who both placed in the top 10 worldwide and finished within one second of each other last week on 20.1.

And there’s an old school versus new school feel to another announcement taking place in Australia between five-time Games athlete Khan Porter, 30, and a Games rookie from this past season who finished seventh overall in his debut, 26-year-old Matt McLeod.

While Porter has been on the biggest stage much more frequently than McLeod, the recent performance by the younger of the two at the Games trumps any of Khan’s previous finishes. McLeod’s trajectory in the sport is normal of an elite athlete, in his first three Opens he saw steady and normal improvements, going from 450th in 2017, to 102nd in 2018, and finally to 64th last March in 2019. He is off to a great start in the 2020 Open as well, having completed 20.1 in 9:02 which was good enough for 40th worldwide.

Khan’s CrossFit journey has been much more of a roller-coaster. His paths to the Games have been full of drama, and along the way he s been public about some of the personal turmoil he s battled. However, last year the decision to go team and compete with Project X seems to have resurrected the joy and enthusiasm fans associate with Khan.

He seems to be reinvigorated as the pressure and stress of competing as part of a team is more manageable, which seemingly has made competition enjoyable once again for him. He too turned in a great performance on 20.1, finishing in 9:13, only 11 seconds behind Matt, and good enough for 62nd worldwide.

So, who will win the Aussie showdown, which will go live at 7:50am Friday morning Hong Kong time.

It’s hard not to go with McLeod on this one, especially if we’re expecting something with high volume gymnastics. Chest to bar pull ups or toes to bar would favour the cycle speed of the shorter, more compact athlete (McLeod is 14 centimetres, or 5.5 inches, shorter than Khan).

TUNE IN on Friday 18th October at 10:50am AEDT to watch this showdown for Open announcement 20.2 between 2 all star Aussie Crossfit® legends, @mattmcleodd and @iamkhanporter. We'll be streaming the event LIVE and exclusive on our Facebook page, so tag in the mates you know will want to watch. Who will you be cheering for? Ladies and gentlemen, brace for pace when these mean machines take to the floor. #auscrossfitchamp #crossfit #crossfitgames #sanctionals #acc20

A post shared by AustralianCrossFitChampionship (@auscrossfitchamp) on Oct 4, 2019 at 1:26am PDT

If Khan has an advantage over Matt it would be that his listed one rep maxes are heavier, but in the heaviest workout last year, 19.2, McLeod was able to complete the squat clean ladder workout in 19:43, while Khan failed to clear the entire ladder finishing with 424 reps (six reps short). Unless, 20.2 is a two-part and the second part is a one rep max, look for McLeod to have the advantage on this one. 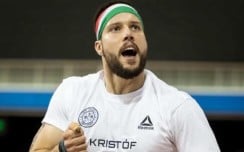 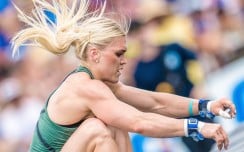 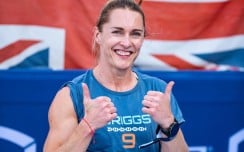 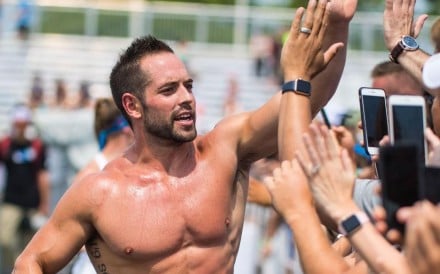 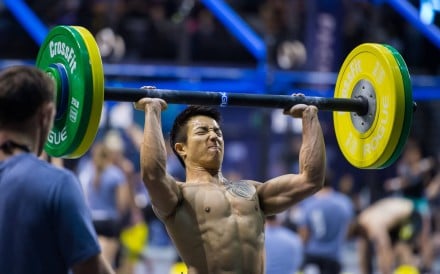 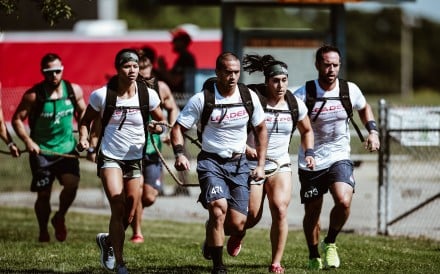