Sara Sigmundsdottir and Roman Khrennikov held their leads over from day two of the Dubai CrossFit Championship, but it’s clear the competition is far from over.

Canadian Brent Fikowski, who is in second, capped off an impressive day by winning the third event and applying maximum pressure on the Russian who has held the lead for virtually the entire tournament so far. On the women’s side, Sigmundsdottir was once again tested by Karin Frey and defending champion Samantha Briggs, who sit second and third respectively.

With three events at the Dubai Duty Free Tennis Stadium after day two, which only had one, the floor was open for some memorable performances all around. New Zealander Jamie Greene, who calls Abu Dhabi home, fed off the crowd’s energy to take the first event of the day, a classic CrossFit workout that featured muscle ups and handstand walks.

Greene, who won the fifth event of the competition and currently sits in sixth place overall, said she was primed and ready to maximise her hometown advantage. 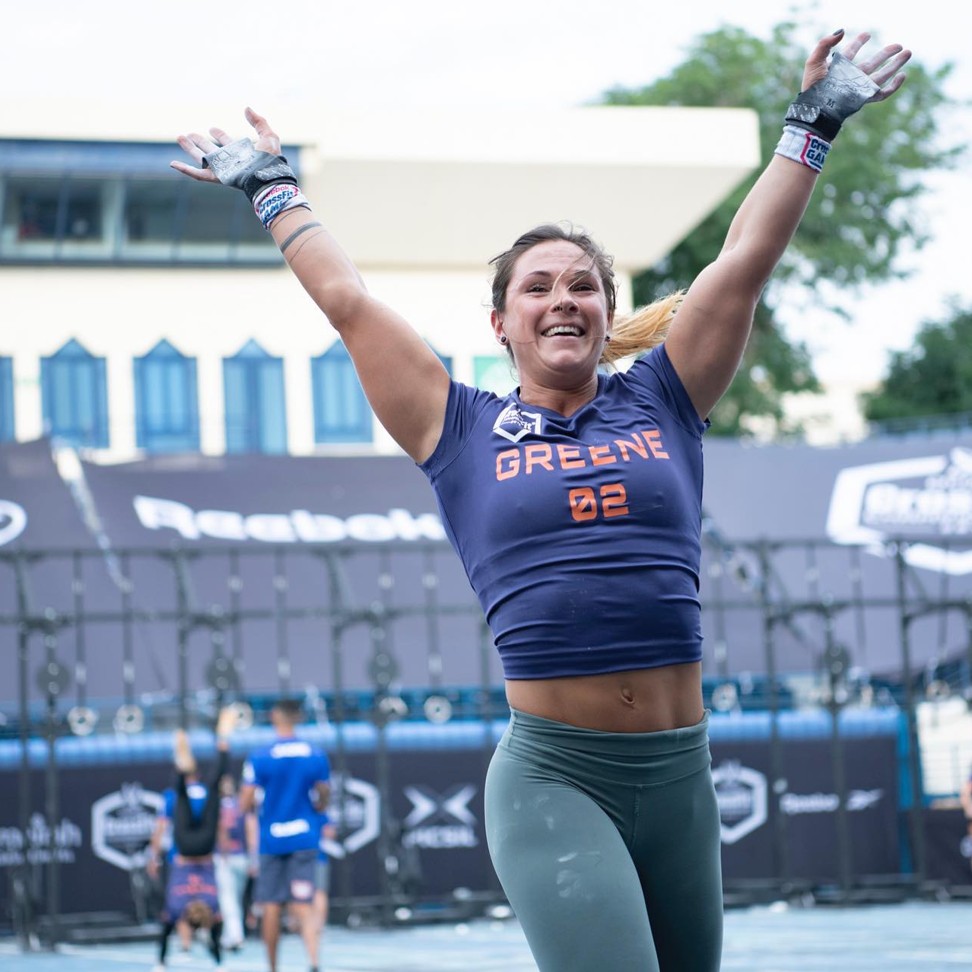 “I know every year the DCC puts out such a good gymnastics workout,” said the 28-year-old who works as a coach at Vogue Fitness, which runs the CrossFit box Yas.

“One that sort of pushes your skills but also the mental side of things as well – how to do things unbroken. So when this came up I was like, ‘I love muscle ups’ and handstand walks are good, and they do get hard on fatigue so you need to know yourself.”

Greene is no stranger to this event as she won it back in 2014, within months of moving to the United Arab Emirates when it was called the Dubai Fitness Challenge. She said her win came down to a simple strategy: trusting her strengths as an athlete. 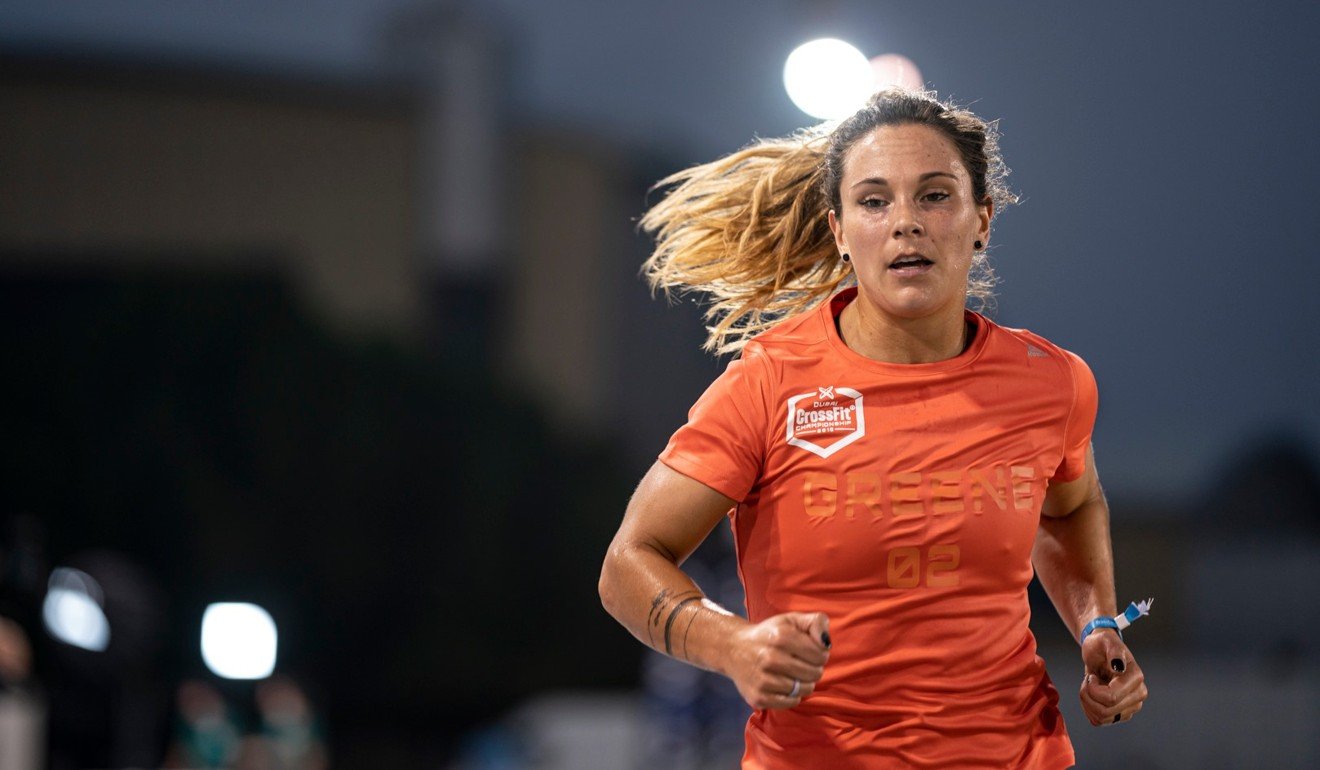 “I felt good. I knew what pace I could keep, so I just went out hard. And I found I was getting onto the rings a little quicker than I thought, so it was definitely one where I could push myself.”

Greene said the final day of what has been a gruelling competition so far for the athletes will rely on who can get up the best for the climactic show on Saturday.

“Tomorrow will just come down to who can recover the fastest and put in the best effort.”

Samantha Briggs leads the Dubai CrossFit Championship on day one

On the men’s side, Canadian Jeffrey Adler has been hanging around the top of the field and currently sits sixth overall heading into the final day. He said the event that Greene won was most definitely not in his wheelhouse, but he is pleased with the result as he finished 16th, and followed that up with a fourth and an eighth in events six and seven, respectively.

“Not super confident,” he said about his mindset heading into the first event of the day, “handstand walks are something that I have been working really hard on in the past six-to-eight months, so it was good to see where I would be. I thought I would do a little bit better in the workout.”

Adler is seen as one of the rising stars of CrossFit after the 25-year-old exploded onto the scene with a 33rd place finish in his first appearance at the CrossFit Games earlier this year in Madison, Wisconsin.

This was on the heels of a 26th place finish at the 2019 CrossFit Open, which he then followed with a fifth-place finish for the 2020 CrossFit Open, and a first in Canada, a hotly contested country, which means the Montreal native will get to represent his homeland at the Games officially. 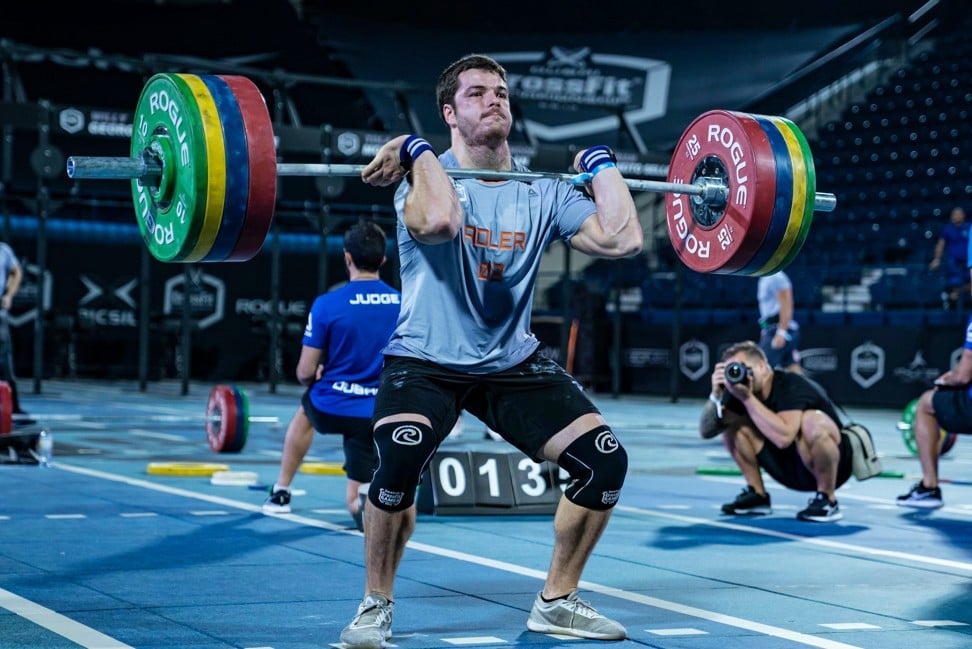 Last year Adler came 13th in Dubai and he said he is very happy in terms of how he has progressed as an athlete in the 12 months since.

Adler said Dubai offers the closest representative to the Games itself in terms of the level of competition, something he is hoping to replicate numerous times before next August. He will be heading to the CrossFit Mayhem Classic in January in Cookeville, Tennessee, and hopes to do four Sanctionals in total before the Games.

Callerina Natori also competes in tactical games along with CrossFit

With his ticket to the Games already unofficially booked through the Open, he said the goal from here on out is prepping as best he can and remembering that the only thing that really matters is actual results in real live settings.

“Even if you finish first in the Open, on top of the blue line it doesn’t count any more, what counts is the live competition. So it’s great that I did well and I’m happy – it gives me a lot of confident starting the year, but still it doesn’t give me the thought of ‘Oh I’m at the level and I belong with everybody at the top of the sport’.

“I still think I have some stuff to work on and that’s my main goal.”

In the team portion, Misfit P10 Performance once again held their lead as they look to be on cruise control towards an eventual title. They have finished first or second in every workout. 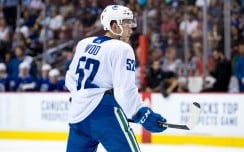 The Asian ice-hockey players in the ‘whitest sport on Earth’

Muslim Nastassia Kaddour recounts her journey to the CrossFit Games 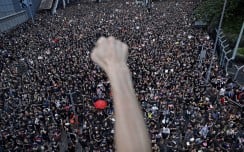 IOC’s protest ban flies in the face of Olympic spirit