Zhou Zhuangchen pedals over 100 laps and 423km up and down the road that leads to Everest, the equivalent height of the world’s largest mountain 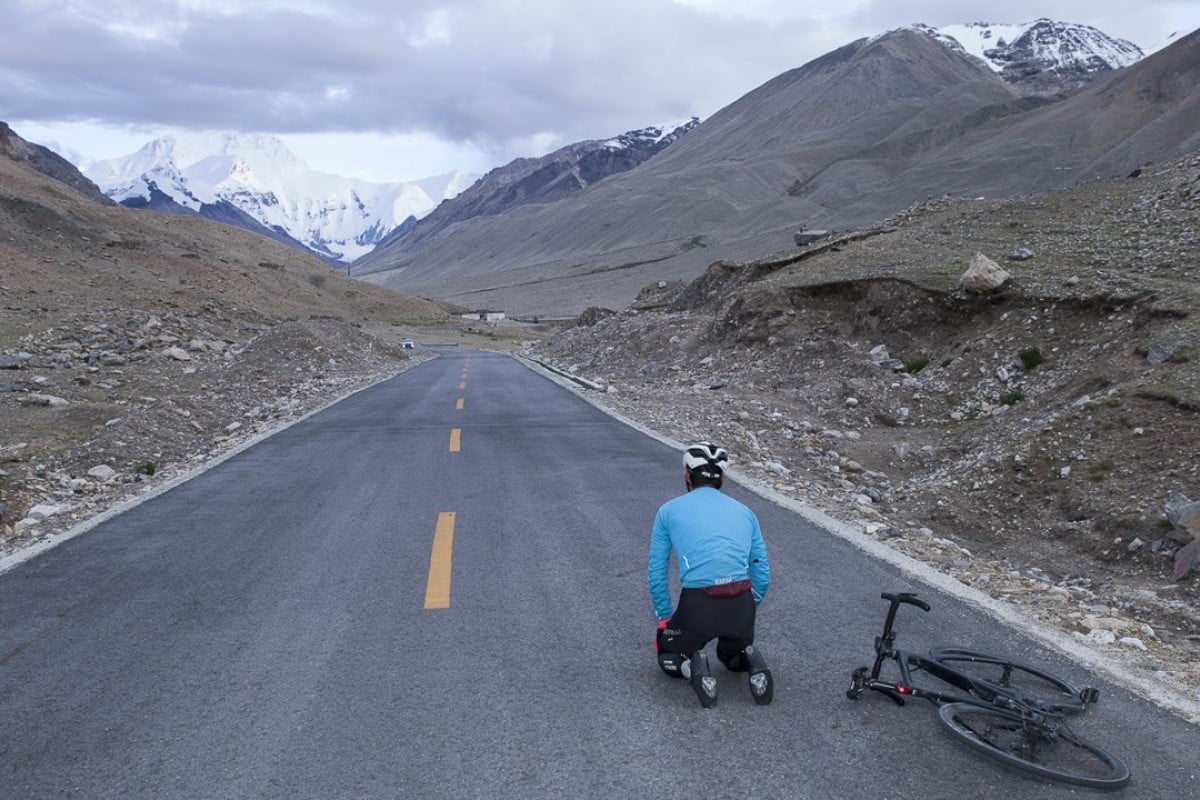 Zhou Zhuangchen is the first man to “Everest” Mount Everest on the road to base camp. Photo: Mathias Magg

On lap 101, Zhou “JJ” Zhuangchen rounded a corner on a switchback, got off his bike and dropped to his knees.

After hours of being obscured by clouds, the skies finally cleared and Mount Everest, in all its majesty, appeared before him.

“I just cried. I cried like a baby,” said Zhou, 24. “I was just asking myself and everybody there: why is Everest giving us the opportunity to do this?”

What Zhou was attempting was an “Everesting of Everest”: pedalling 8,848 vertical metres – the equivalent height of Everest – in a single ride.

The rules, as the inventors of the challenge describe it, are “fiendishly simple, yet brutally hard”: pick any hill, anywhere in the world, and ride repeats of it on a bike until you have climbed your personal Everest. No time limit. No sleep allowed.

In Zhou’s case, he was not just riding up any hill. He was riding up the hill to Everest. He put the Everest in Everesting.

Everest base camp, with its Wi-fi, baked goods and trendy coffee, is a far cry from the old days

As he rolled past the finish line on August 8 with 423 kilometres behind him, he became the first cyclist to ever successfully Everest Mount Everest. 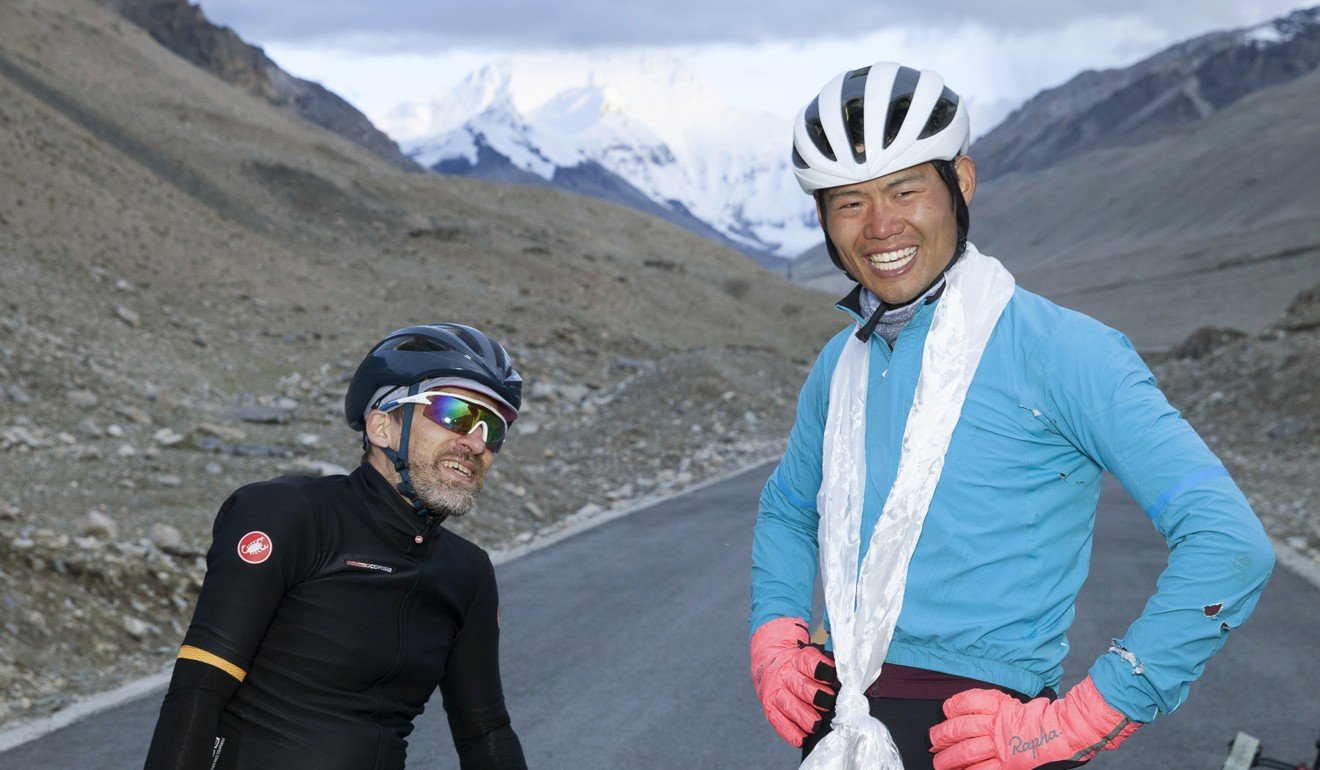 Zhou, a Nanjing native, is no stranger to the demands of endurance sports. He rowed varsity crew at Tufts University in the United States, where he graduated in 2016. Cycling was his form of cross-training, a way to get the kilometres in without getting in the boat. When he moved to Hong Kong last year for a job as a head rowing coach, cycling became his main sport. 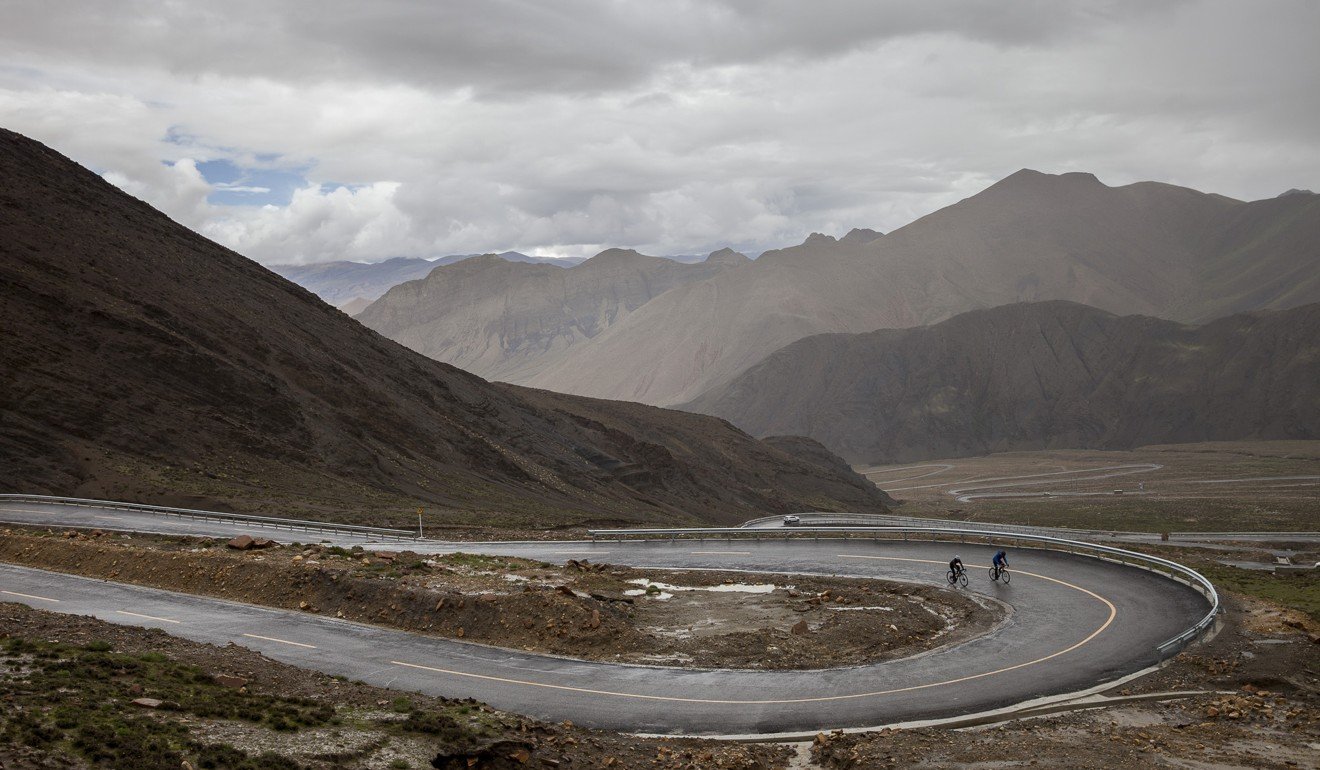 In January, Zhou found himself back in his home town. Itching for a challenge, he decided to do an Everesting there. After shovelling snow off the road, he began the challenge in earnest, riding up and down the road 90 times, clocking in at just under 16 hours to complete 9,109 vertical metres over 222.1 kilometres.

Afterwards, Zhou’s parents, who had been his support crew, told him: “You’re never doing an Everesting again.”

Naturally, Zhou signed himself up for another challenge – this time on Everest itself.

The idea to attempt an Everesting of Everest had been born two years earlier. Shannon Bufton, the founder of Serk, a cycling company in Beijing, had been organising bike tours to Everest since 2014. Then, in 2016, a new metalled road built by China leading straight to Everest Base Camp North officially opened. 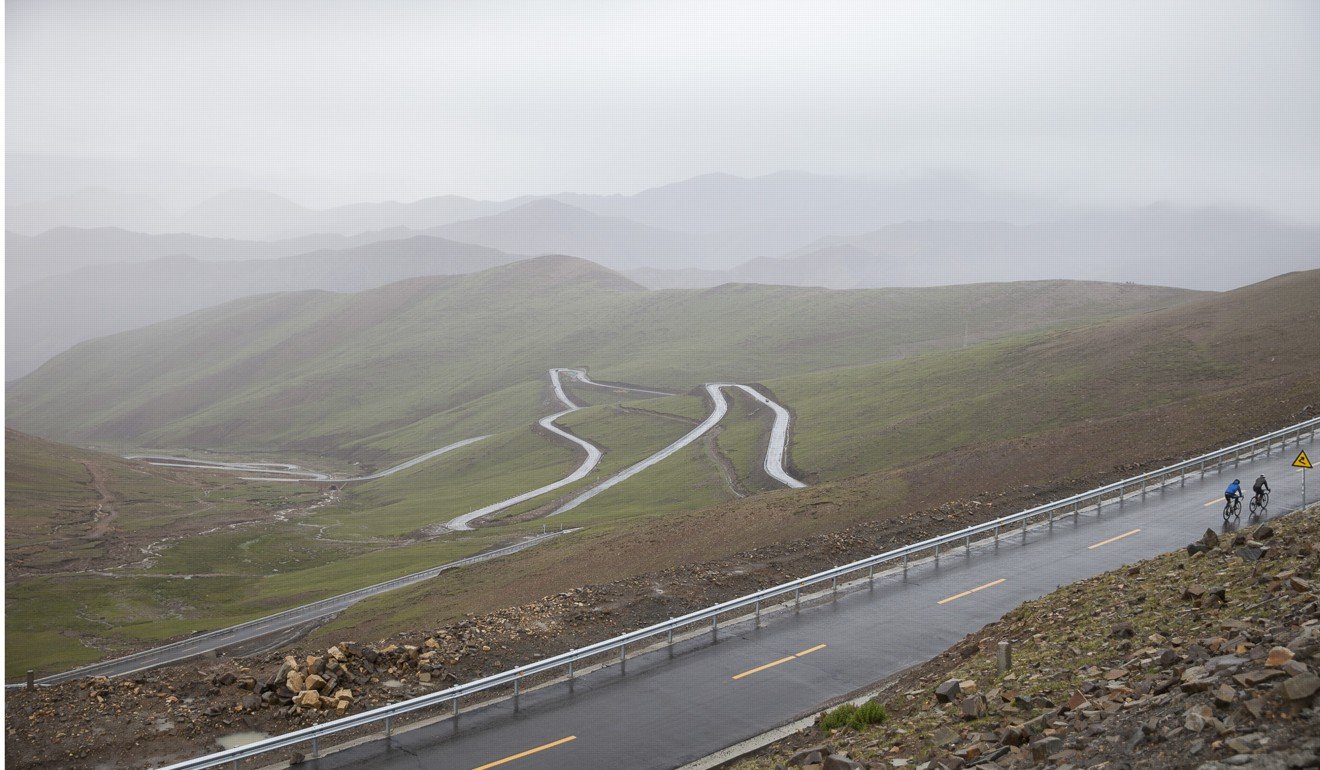 “The first thought that popped into my head was this would be a great place to do an Everesting,” said Bufton, 43, who is originally from Melbourne, Australia.

Bufton and two friends made their first attempt last October. Despite months of planning and training, the attempt was unsuccessful, marred by inclement weather and bad bouts of high altitude sickness.

“The first time going into we thought it would just be a matter of going up and down that mountain almost 200 times, and it should be pretty straightforward,” said Bufton. “But we underestimated the power of nature at Everest.”

When he heard of Zhou’s successful Everesting in Nanjing, heasked Zhou if he would be interested in attempting to Everest Everest.

Zhou didn’t have to think for long. “Yeah, set me up,” he told Bufton. 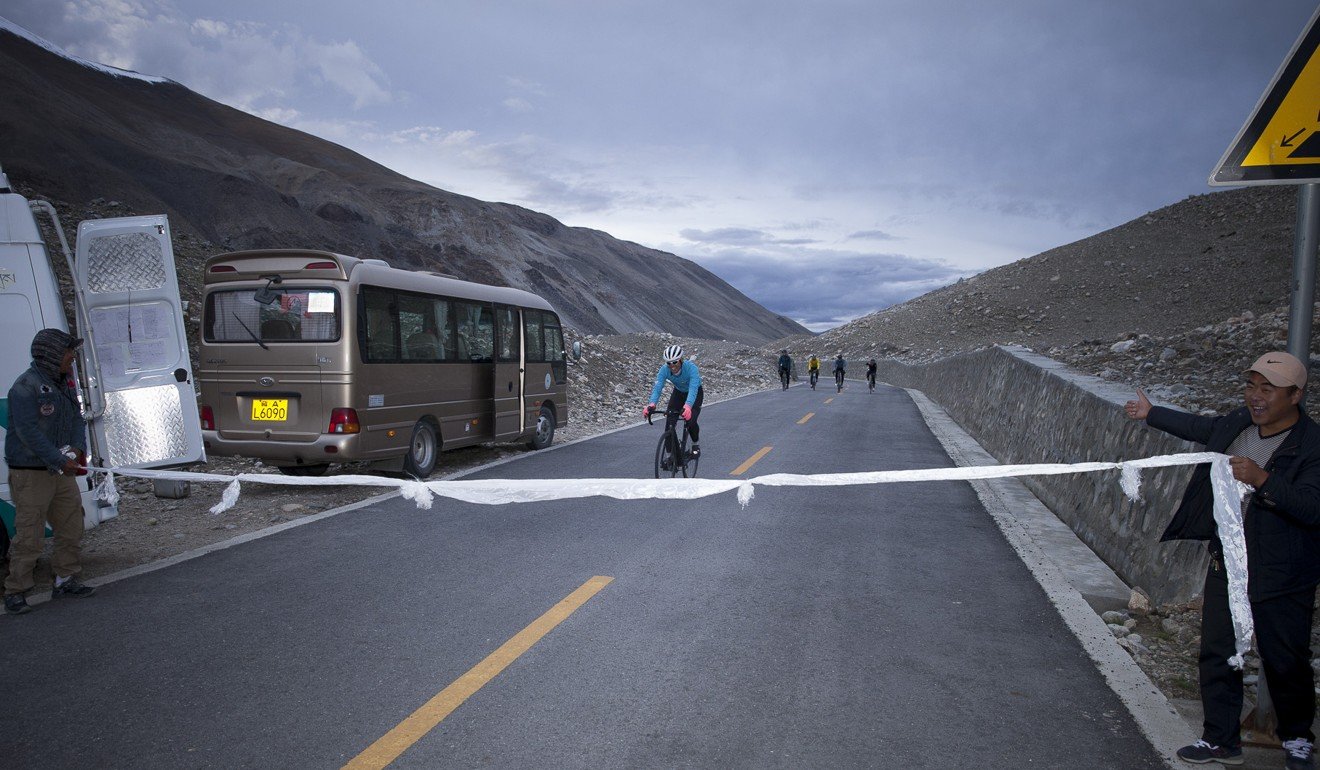 This time, Bufton took on the role of supervisor, logistics manager and overall mastermind of the operation. He made sure to be much more meticulous in planning, recruiting a larger support crew and using a professional cycling support van, decked out with a coffee machine, tools, pumps and ample space for riders to lay their gear out.

Meanwhile, Zhou led multiple cycling trips at high altitude to Tibet, Sichuan and Xinjiang, using them to acclimatise to prolonged physical exertion at thousands of metres above sea level. 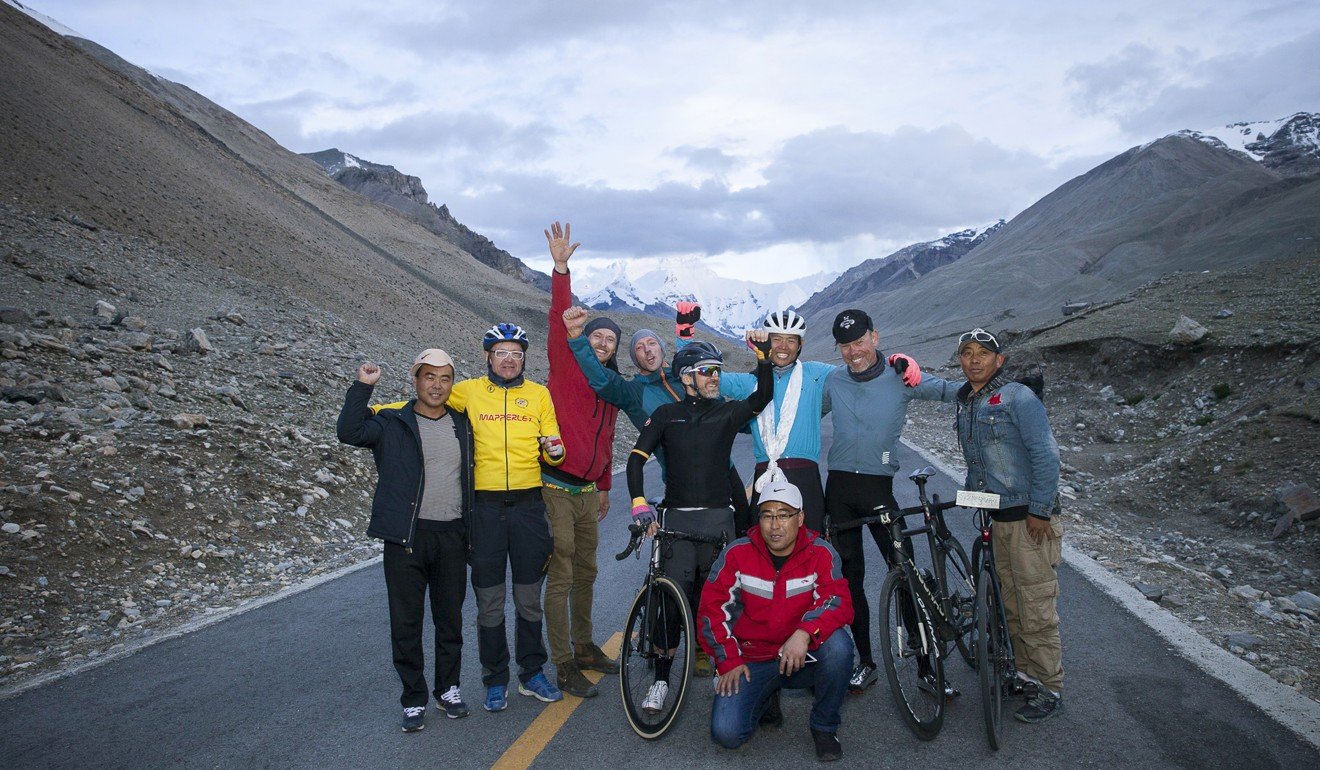 By August, the team had prepared as much as was feasibly possible and within human control. Now it was just a matter of pushing the pedals, riding the laps and hoping the mountain spirits would bless their journey.

“By lap 10 I knew this was going to be a long journey,” said Zhou, who rode without music so as to be entirely focused on the bike, the environment, and himself. “The place is very humbling because the mountain is just so huge,” he said. “The backdrop of the entire Himalayan range, Everest right there. It makes you feel like you’re just a small bean compared to something that is enormous in size.

“The landscape is just breathtaking. Every time you turn around and see Everest, it’s like you’re seeing it for the first time.”

Towards the end of the day, however, inclement weather set in. Freezing rain chilled the riders to the bone, and they went back to a monastery to warm up and wait out the rain.

Zhou returned early next morning to continue the attempt, having not slept a wink, per the rules of Everesting. The sun was just coming out, the clouds slowly started to disappear, turning from blue to a magnificent magenta.

Then, as Zhou rounded a corner on one of the switchbacks, Mount Everest finally came into view. That moment, he said, was “an out of body experience”.

“The mountain just took me over. I just went into this grateful state, so every lap I would think of someone in my life that has done something good to me, just thinking about them and thanking them,” he said.

With 35 laps to go, one support crew member started to take turns riding along with Zhou for a couple of laps. At several points, they noticed Zhou wobbling a bit on the descent, a sign of increasing fatigue.

But as Zhou approached the final 10 laps, he even started to speed up a little “to end the pain and bring on the glory of finishing it”, said Bufton. 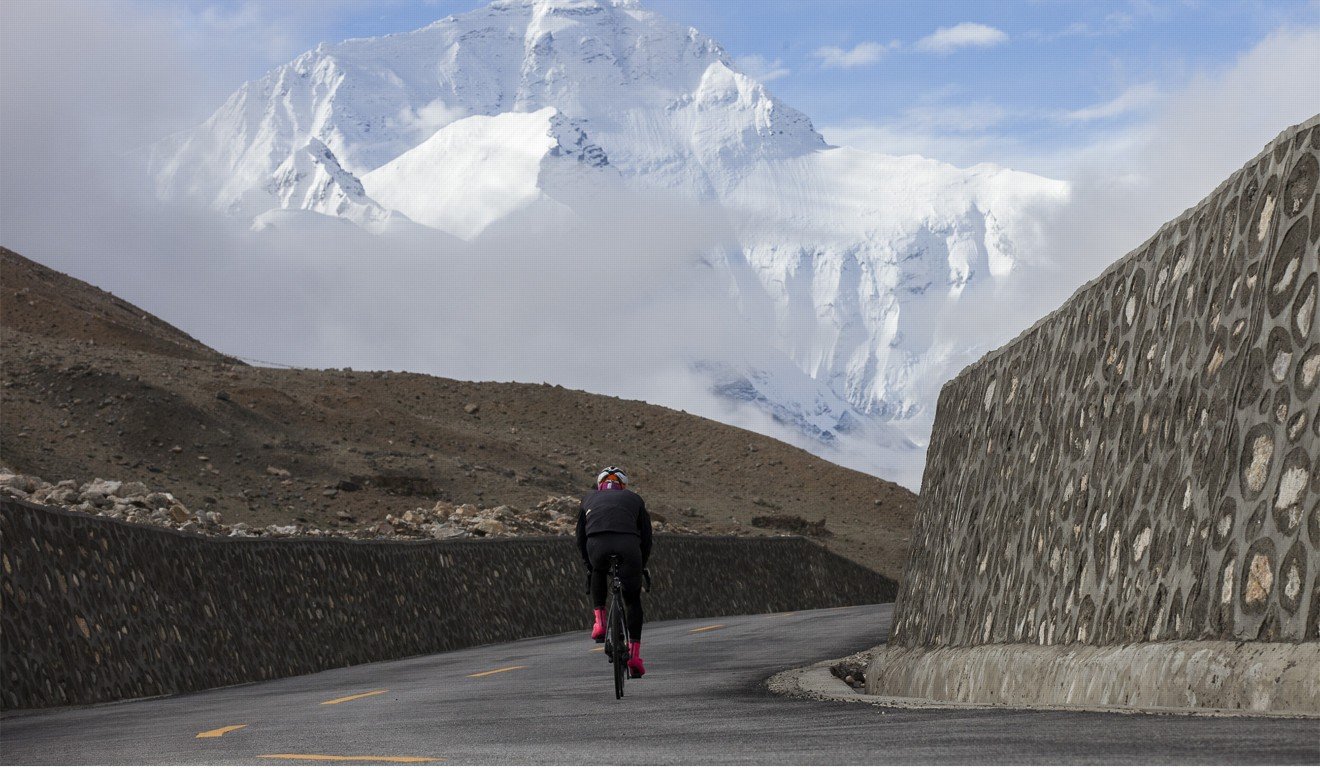 With five laps to go, Everest was still obscured behind clouds. Bufton and the team told Zhou, “By the time you get to your last lap, the clouds are going to part and Everest will show its face again to wish you a successful Everesting.”

And, as if the mountain was playing some kind of magic, the clouds parted on Zhou’s second last lap. On his final lap, breathing heavily and with Bufton riding beside him, Zhou managed to speak a few words with considerable effort.

“I think Everest has been taking care of us the entire time that we’ve been here,” he said. “Truly the mountain has spirits.”

With that, Zhou broke into a sprint as he raced across finish line – 177 laps, 423 kilometres and 8,850 metres of vertical elevation later, he had Everested Everest.

He got off the bike, and knelt in awestruck gratitude. 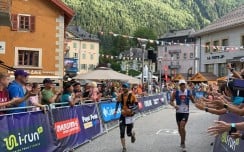 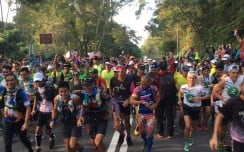 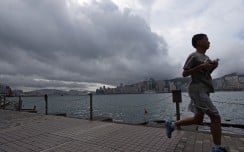 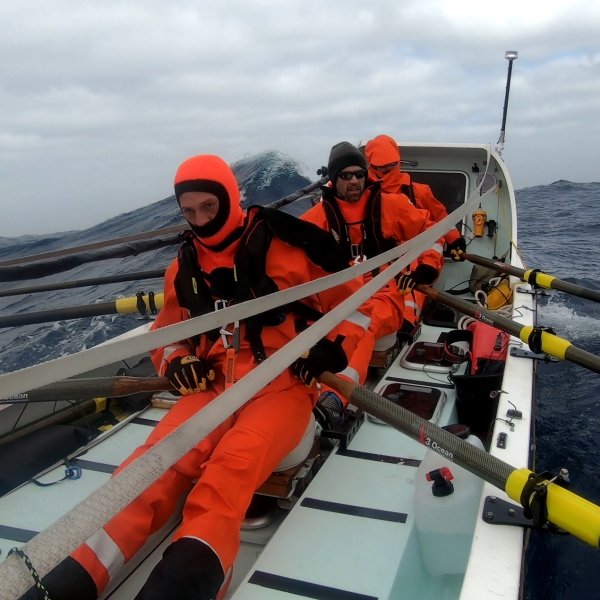 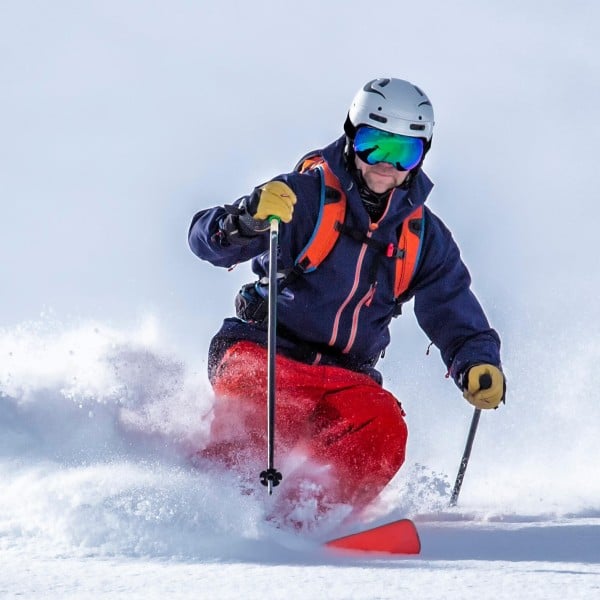 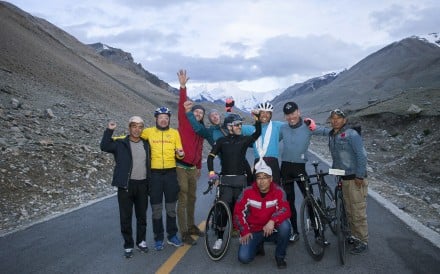 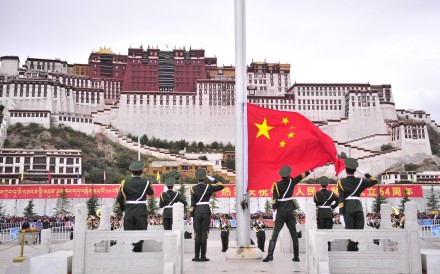 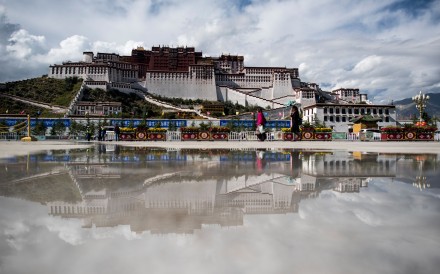 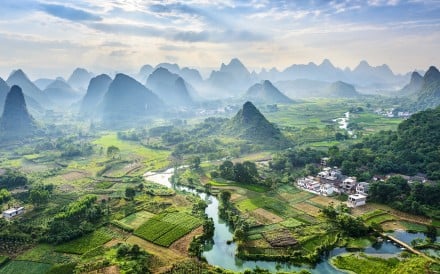 Travel news and advice
Where to go on holiday in China: 2020 emerging destinations 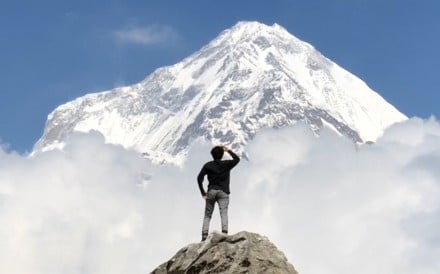