My first ultramarathon: learning about myself, the supportive community and the empty feeling of withdrawal on the Gobi March Hannamiina Tanninen embraces fellow runners. Runners give tips on how to ignore pain, instead of advising friends to stop when it hurts. Photos: Thiago Diz/RacingThePlanet

I turned off my smartphone and headed with roughly hundred other people into the Gobi Desert to participate in the RacingThePlanet Gobi March ultramarathon. The seven-day race consisted of 250km course over six days at the end of July and the start of August.

Competitors have to carry everything they need during the race – minus water and tents – in their backpacks which usually weigh 10kg without the water.

The race was the very first running event I ever took part in. I had only started running 90 days before the race, so my only goal was tocomplete as many sections of the course as possible.

The first two days flew by, because I was running on adrenaline. The backpack felt light and the distance for each day seemed manageable. I became an expert in taking care of my blisters and my equipment. I was mesmerised by the landscape and even adjusted to sharing a tent and not showering. After couple of days, cleaning yourself with wet wipes feels like the most luxurious spa treatment.

On the third day, my inexperience as a long-distance runner started to show. I was excited to speed through a 2km downhill section followed by undulating sand dunes.

This resulted in a painful shin splint, which feels like someone inserting a very long needle between your leg bone and the muscle. 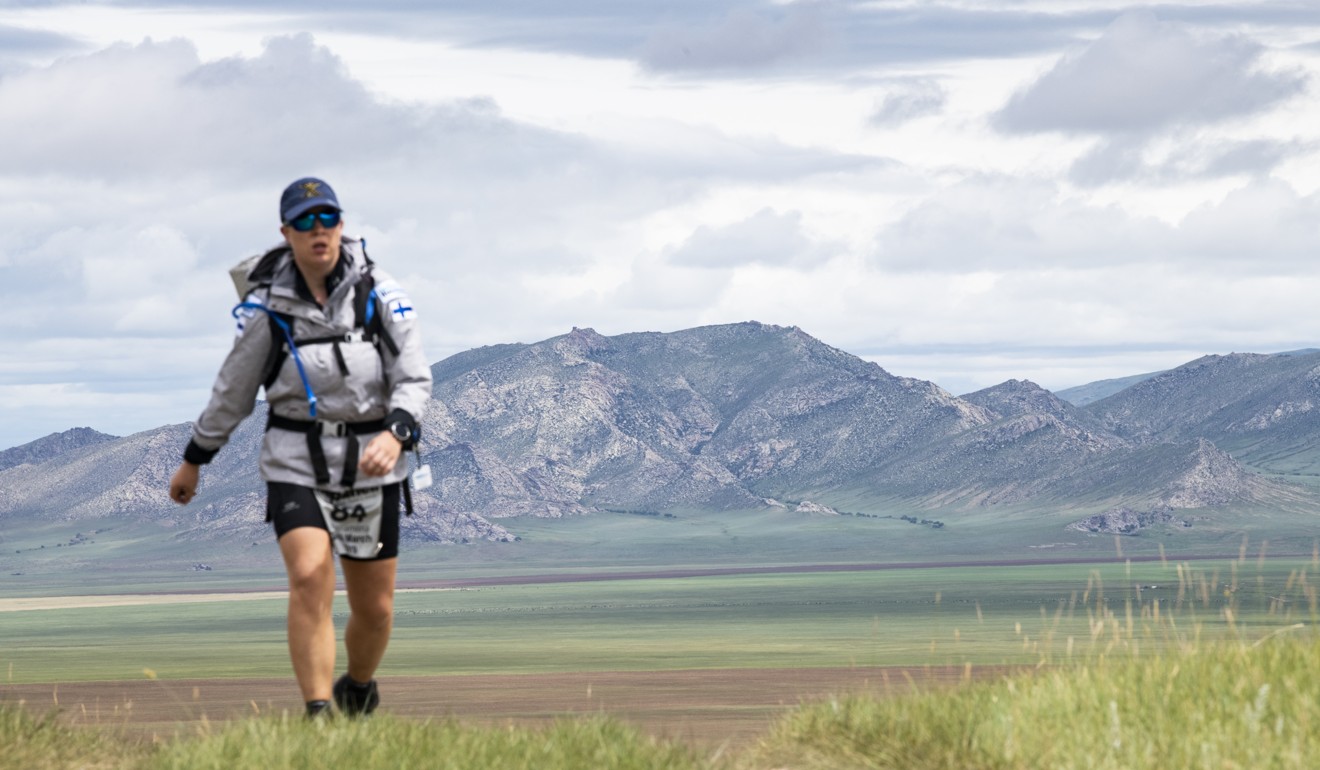 The injury wasn’t exactly the set-up I wished to have on the fourth day, at the beginning of the 80km long march. The pain was unbearable as I limped along, and the first 20km were the hardest of my life.

One thing the ultramarathon teaches you is that no matter how much you prepare for the race, your body will make the decisions for you in extreme conditions. If your body decides you are not running that day, there is nothing you can do about it.

At moments I was screaming in pain, well knowingly no one would hear me. I kept going. By the time I reached the 50km checkpoint, I was bawling my eyes out, proud of myself for making it that far. At each 10km checkpoint of the long march I asked from the medical staff the maximum amount of painkillers allowed. For the next three days I would consume more painkillers than I would usually do in a year.

Under normal circumstances I would have stopped running. , and I wasn’t the only one. By the second-last day the camp ran out of painkillers, including the racers’ personal supplies

By the last marathon-length day I couldn’t run any more. Going uphill and downhill was especially unbearable. I wanted to quit. I was tired, frustrated and hated how slow I was. My knight in shining armour arrived in the form a fellow participant. 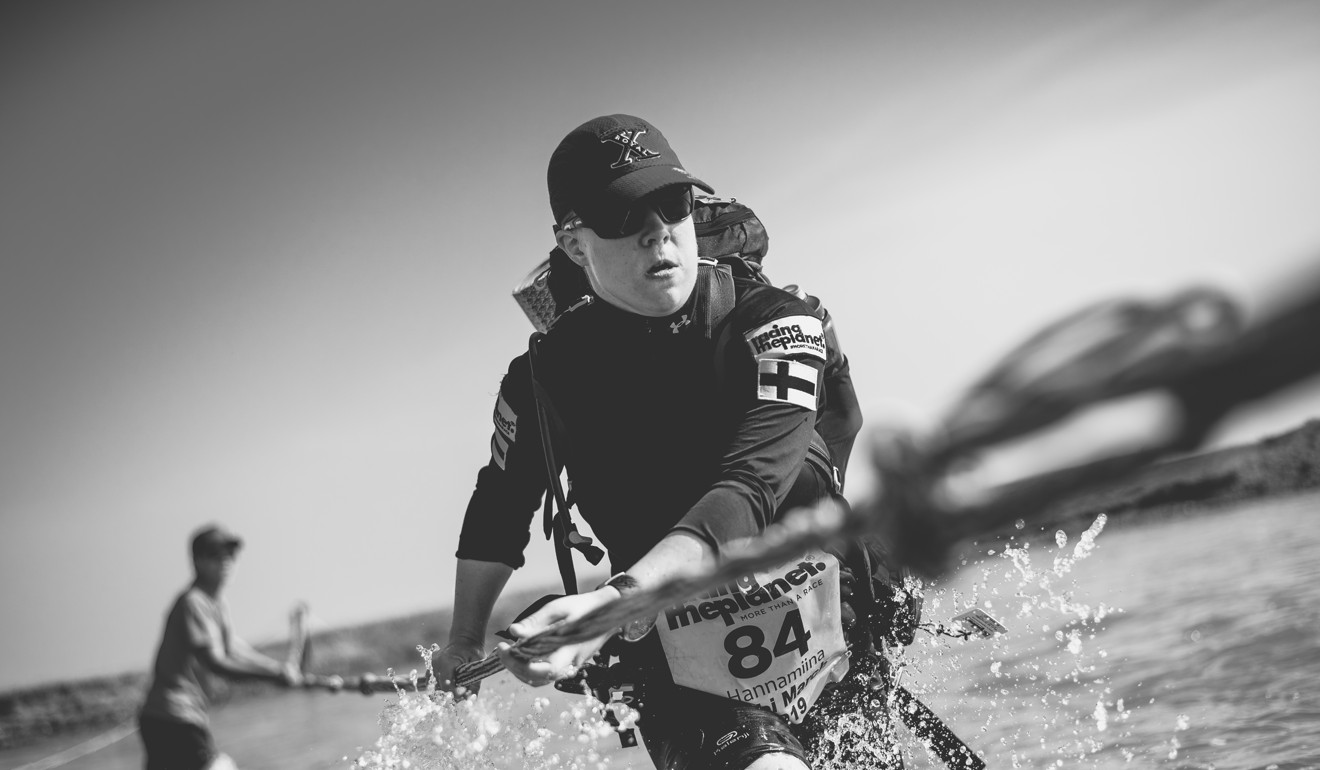 Not only did he lend me one of his walking poles, he also said something very important. “I will not let you quit. I will drag you across the finish line by your feet if I have to.” Roughly 10km later I said the same words to him, when his energy levels dropped whereas I was feeling better.

Our encounter was nothing unusual. Towards the end of the week, especially after the long march, there are more and more people hugging each other saying “thank you for helping me to get through that stage, I could have not made it without you”.

When the last competitor of the day arrives in camp, everyone gathers at the finish line to give them a round of applause as well as much-needed hugs.

The race is so incredibly demanding both physically and mentally; even the top runners have dark moments.

To my great surprise, actually finishing the race was the least exciting part of the week.

Crossing the finish line, I felt nothing. I just stared at my medal feeling empty and not quite understanding what had just happened. To my even greater surprise, the week after the race was mentally the hardest. Withdrawing yourself from a project that has taken everything you have both physically and mentally takes its toll. I wasn’t alone with this experience as post-race blues is a very common symptom among ultramarathoners. I had my biggest highs and most miserable lows during the race, confirming the old cliché that it is about the journey, not the destination.

Did I learn to love trail running in my process of becoming an ultramarathoner in 90 days? Yes. Once my toenails grow back I will definitely become one of those people who run along Hong Kong trails early on weekend mornings. The biggest obstacle in trail running, as most things in life, is actually starting.

On a seven-day ultramarathon there is more than plenty of time to stay with your own thoughts. And if there was one thing I learned along the process, it is that you are much more capable than you think. You just need to be patient about it and let the progress come. It is a marathon, not a sprint. 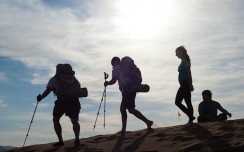 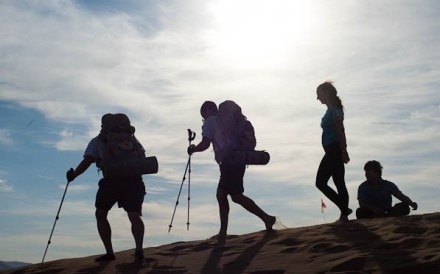 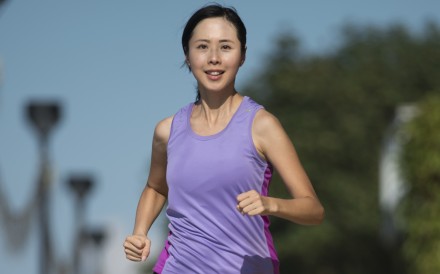