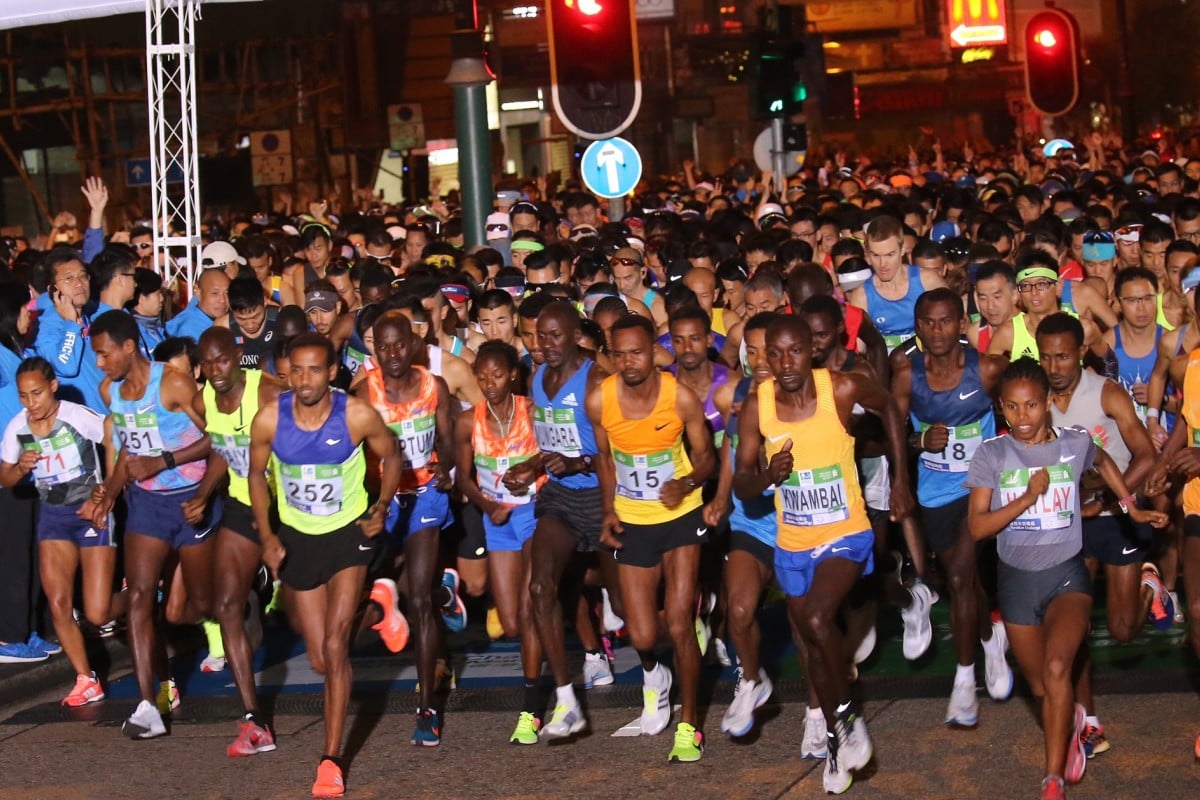 Runners start the 2018 Standard Chartered Hong Kong Marathon. Race starts are the perfect place to study crowds because so many variables are controlled. Photo: Dickson Lee

Picture yourself queuing up at the start line of a major marathon, say the Standard Chartered Hong Kong Marathon. You are one of thousands of runners, pressed shoulder to shoulder with other anxious competitors, about to embark on a 42.195-kilometre test of endurance.

If you are an elite runner, you would be at the very front, dashing off as soon as the starting gun is fired. But for the overwhelming majority, the start is a slow, minutes-long affair.

Runners shuffle their way forwards gradually, guided by race staff who shepherd the different corrals of competitors grouped by their respective expected finish times. One wave after another, with periodic stops as the race staff hold back racers until there’s space to continue moving forward, the runners progress toward the start line and begin the race. 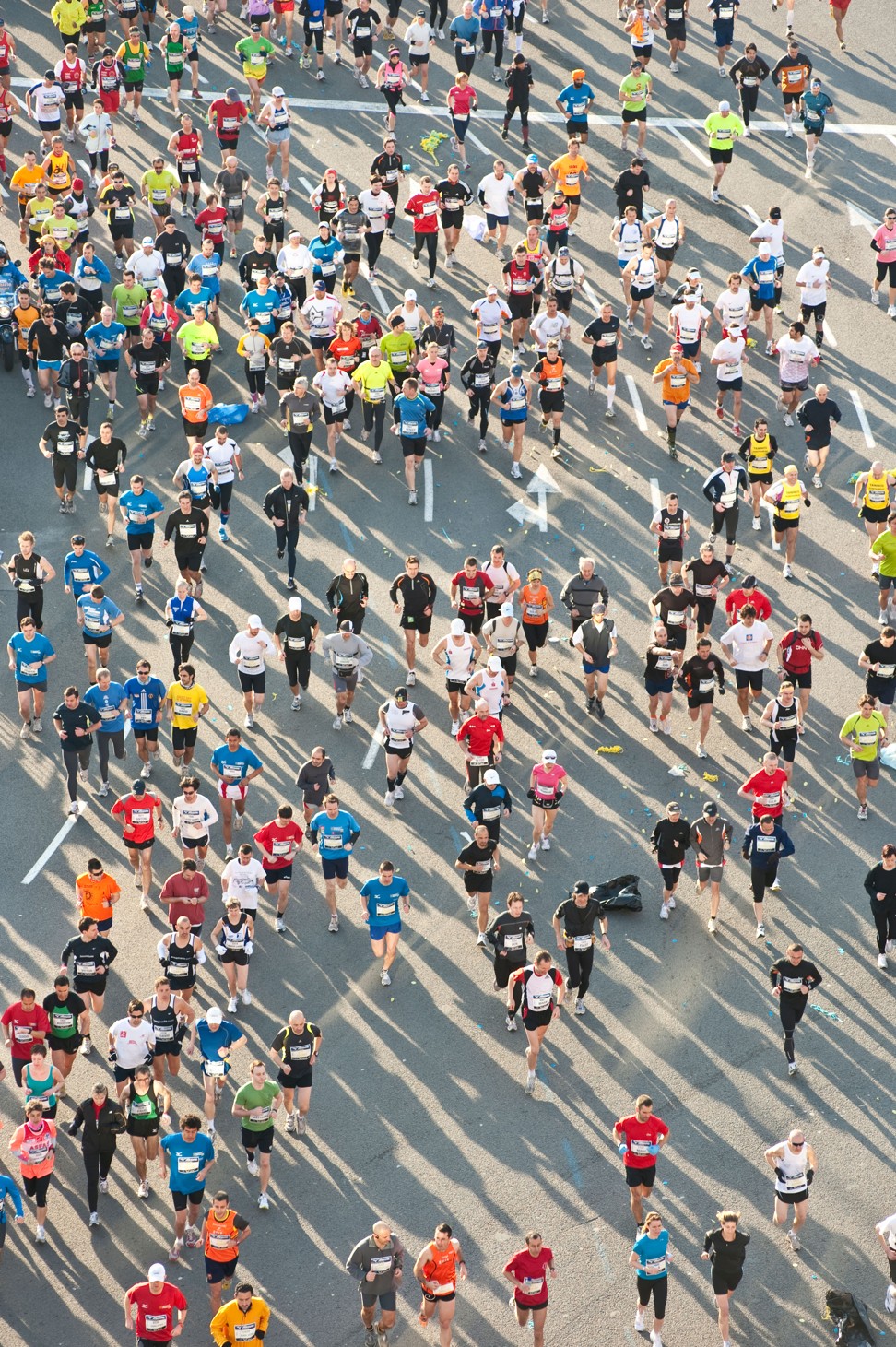 This pattern is repeated in marathons the world over. And the whole spectacle looks like flowing water.

Now, in pioneering research, two physicists have applied hydrodynamic theory to explain and predict the fluid-like motion of large crowds.

In a new paper published in the journal Science, Nicolas Bain and Denis Bartolo of the Laboratoire de Physique at the École Normale Superieure de Lyon in France, draw on the principles of hydrodynamic theory and treat the crowd as a single entity (rather than many individual runners) to mathematically predict the fluid-like collective motion of large crowds.

Their research shows how large crowds of people flow like water, overriding “interaction rules” between individuals and instead moving as a whole. Their work has important implications for how to manage large crowds, particularly when large-scale accidents or acts of violence like terrorist attacks give rise to dangerous and chaotic crowd dynamics.

The physicists analysed images from the starting corrals at four marathons, including the Bank of America Chicago Marathon. They found that the start-and-stop movements regulated by the event staff produced changes in crowd density and speed that move through the mass of people in a way that is just like how waves are produced when water is pushed. Put another way, information regarding what speed to move at spreads from the front of the group to the back in the form of waves, and the intensity of the wave travels at a constant speed, with no weakening as it moves.

The marathon crowd can be described as polarised – that is, everyone moves in the same direction. While speed information flows with ease through the crowd, the researchers found that orientational information (i.e. direction of motion) does not, spreading only a few metres through the crowd before dissipating.

What this means is that if there is a need to change the direction that a crowd is moving in, then the orientational cues must be provided to the entire crowd, ideally from the forefront.

The insight may prove to be an important one when authorities have to manage and predict the movement of large crowds.