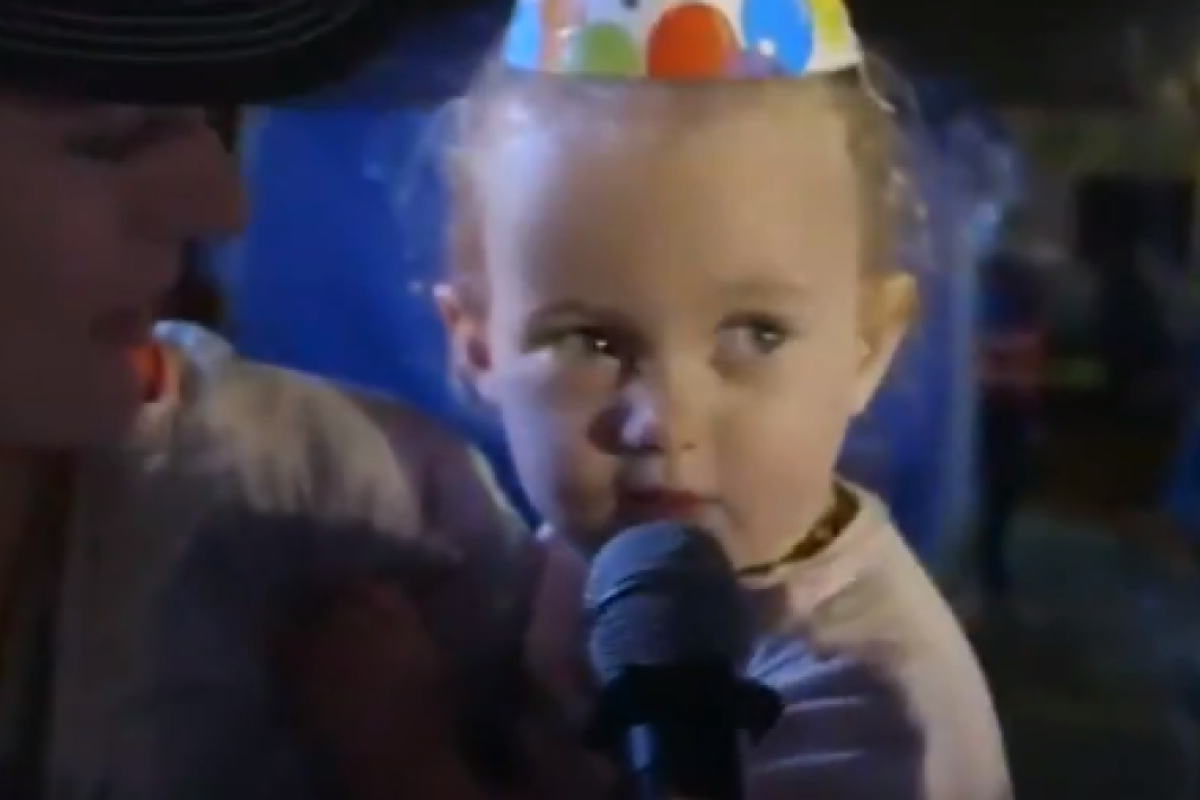 One of the most special moments at this past weekend’s Vibram HK100 Ultra Marathon – the first race in the 2019 series of the Ultra-Trail World Tour – involved no running.

Scott Hawker of New Zealand ran a well-paced race to round out the top five in a tough 103km race dominated by Chinese runners.

Hawker crossed the finish line carrying his daughter, Sienna, in his arms, who didn’t seem at all bothered by her sweat-caked father. Perched on both of their heads were colourful party hats to mark Hawker’s 32nd birthday.

The most heartmeltingly adorable moment of the 2019 Vibram Hong Kong 100km race: when @scottyhawker's daughter sings him happy birthday in front of the entire crowd. #HK100 @VibramHK100 pic.twitter.com/HpH1l04KN3

After a brief post-race interview at the finish line, Steve Brammar, the race director, turned his attention to Sienna.

“And Sienna, have you got anything to say to all the fans out there?” he asked her, bending down slightly.

Sienna, adorable toddler dressed in pink that she is, said something which I made out to be along the lines of “I’ve got my tiny baba.” That was already delightful. And then she broke into song.

The crowd gave a collective “awwww” and many hearts no doubt melted. For Hawker, this was “definitely the most memorable” birthday to date.

“I had a pretty bad season last year,” he said. “It’s nice to have a good run on my birthday and I definitely won’t be forgetting it any time soon.”

Finish lines are intensely emotional places. After hours of intense physical and psychological exertion, often with long stretches of solitude, the finish line is where the emotional floodgates burst open.

Relief, joy, elation, excitement, pride, satisfaction, gratitude – all these feelings come pouring forth. Tears flow. Hugs and kisses abound. Memories are made. Time seems to slow down as the race clock stops and competitors take stock of the momentous achievement behind them.

At the finish line in last February’s 9 Dragons race in Hong Kong – a two-day ultra event that involves a 50-mile race on the first day followed by a 50km race the next day – there was a similarly special moment that involved a fast runner and a cute toddler.

The magic of that moment, with the winner John Ellis embracing his wife and daughter just moments after crossing the finish line, was captured on camera by the Hong Kong-based photographer Lloyd Belcher.

It’s always good fun watching the action at ultra marathon finish lines, and observing the ways different runners choose to cross them. Many burst through with arms aloft in pride and euphoria.

Some take deep bows and clasp their hands together in gratitude. Some leap into the air, still others crumple onto the ground.

And then there are those unique, priceless moments that distil the essence of the sport into its purest elements.