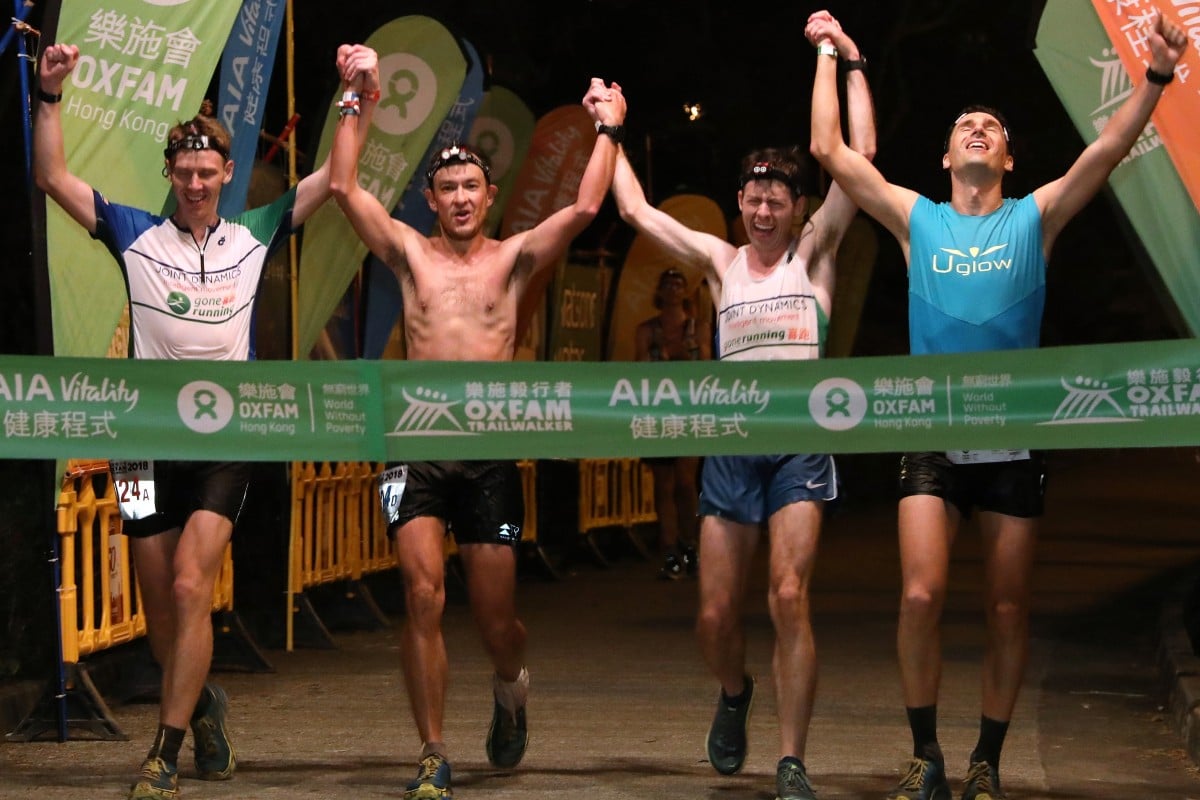 Here’s a riddle for you: it is omnipresent for at least half the year in Hong Kong; it is dreaded by runners, but they also cannot stop talking about it; and dealt with properly, it may even make you a stronger runner. What is it?

The unrelenting summer heat and humidity so characteristic of this city, of course.

It’s like running through a bowl of hot soup. It’s awfully unpleasant.

Luckily, trail runners in Hong Kong have come up with some unique tricks to keep the body cool. Here are some of their tips.

Is Hong Kong the best city in the world for run commuting, with sunsets and accessible trails? “Thermoregulation is a real thing. You run faster if you are cooler. Running in hot weather is pretty similar to running at altitude,” he said.

As a Canadian, Campbell never had to deal with humidity or heat at home. And as much as he has been able to gain adaptations through heat training, he’s found that heat is often his undoing.

But with a battle against Nepalese runners for first place on the line, every single little factor during the Trailwalker would have to be optimised. And that included the heat. 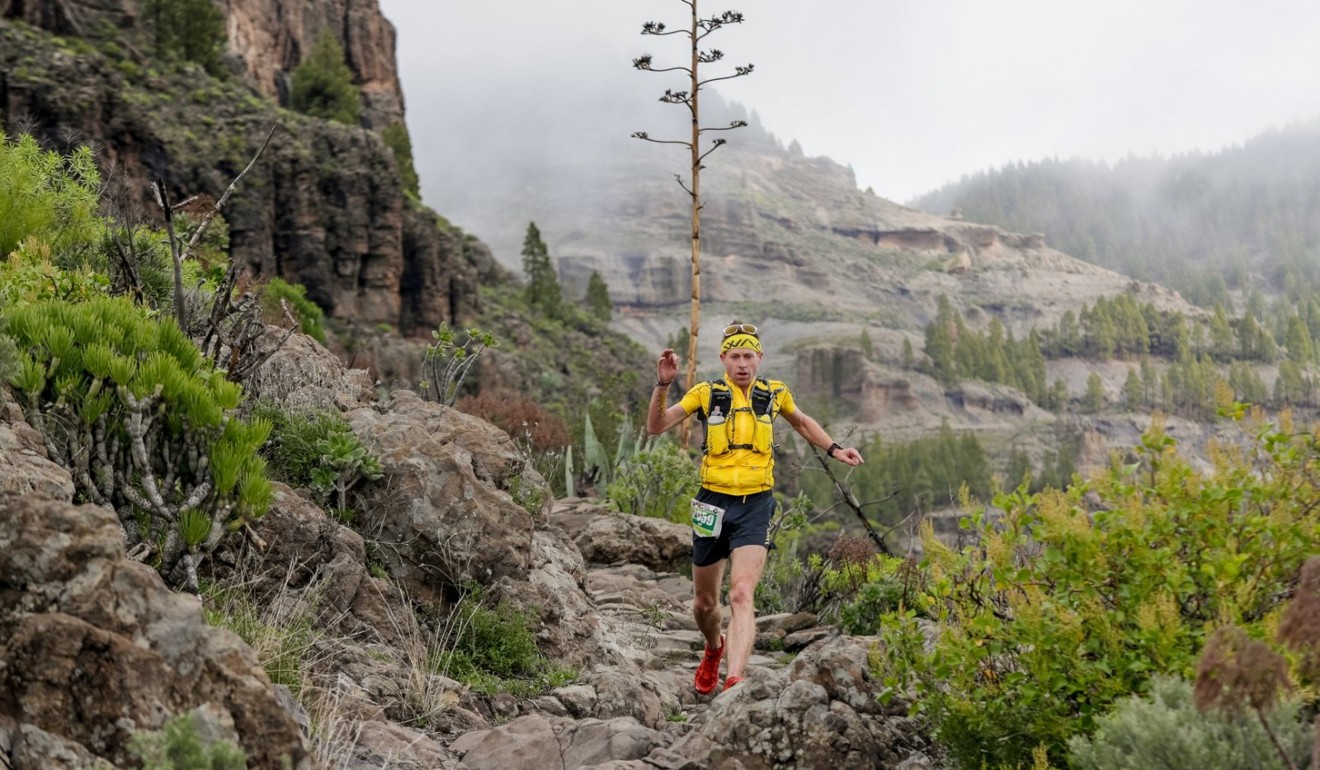 So Campbell’s secret weapon on race day was ice. “I’ve always been the one to grab a handful of ice at a checkpoint,” he said. But he had never considered actively using ice between checkpoints.

“John [Ellis, the team captain] had seen some Western States runners wearing ice in their gear,” Campbell said. “We were going up against a Nepalese team that was a fair bit more talented than us, and we needed to make up for that by controlling every factor we could.”

Ellis sewed pockets into bandanas and Campbell also wore some arm sleeves. Their support crew would “furiously” stuff ice into his arms and the bandanas. “The ice would last about half an hour after each fresh replenishment, but exertion levels seemed to drop,” Campbell said.

John Ellis is famous for never running with a shirt on. And it’s not just because the trail extraordinaire wants to avoid bloody, chafed nipples.

“I’m Captain Sweatpig, so have had to work hard to perfect my heat adaptation in Hong Kong,” Ellis said. He loses up to 2kg in body weight to sweat on a two hour run.“The body can only absorb maybe 800ml per hour while working hard so there’s some unavoidable maths on a dehydration bonk.” 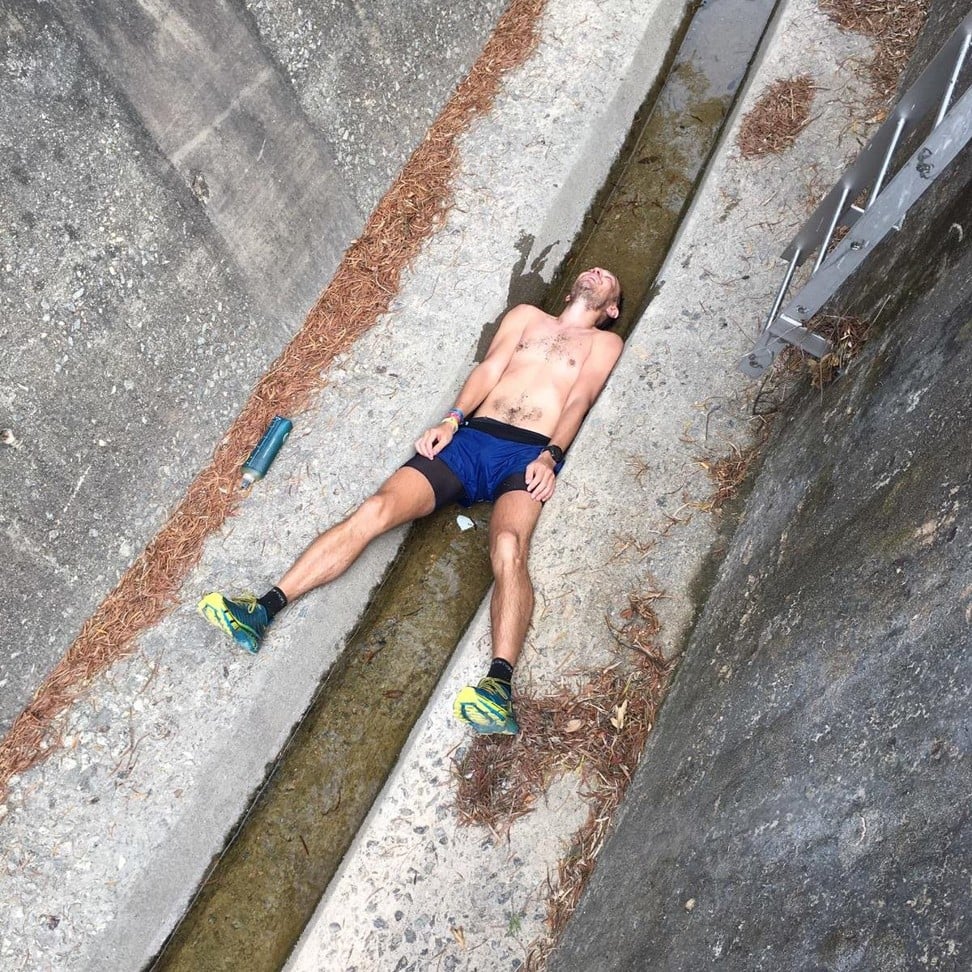 But he has some less obvious pointers, too, such as cooling down “in any water body available.” Even if that means climbing down and squeezing yourself into a catchwater.

Meanwhile, Ellis is currently working on an ice bandana prototype for T8, his performance trail running gear company (full disclosure – I have tested some T8 women’s products). “The key feature is the chamois pocket,” Ellis said of the ice bandana in the making. Synthetic chamois is an ultra-absorbent material that is often used to make things like car washcloths and kitchen sponges, so can hold more water.

“The neck is key – cool down the carotid artery and blood hits the brain cooler and convinces the ‘central governor’ that you’re OK, and it will not protest so much,” he said.

Ellis, who also competed alongside Campbell in last year’s Trailwalker, credits the ice bandanas with the team’s winning performance

More ice. And eat it, too

Kait Sheridan recently came second in the Sungai Menyala Forest Trail 50-kilometre race in Malaysia, and on race day the mercury pushed well into the mid-thirties, higher than she’d ever run in.

What she settled on was simple but effective: “Ice everywhere!”

“One trick that worked really well was to put ice under my hat,” she said. “It actually gave me brain freeze.” A nice respite from the body melt, certainly.

Another thing she realised was that running vests made for perfect ice receptacles.

“If you are running with a vest or a pack, keep the back empty and fill it with ice at the aid stations,” she explained. “You can get a lot of surface covered and cooled.”

The Adventure Trail: Simon McCartney discusses ‘The Bond’ and his return to mountain climbing

To make the ice last longer, she suggested putting it in a ziplock bag.

And failing all else: eat the ice. Yes. Suck and chomp on it. You’re boiling from the inside anyway, so ingesting ice might just cool you down internally.

“When the heat got to me and I started feeling sick, the best solution was eating ice,” said Sheridan. “For some reason, eating the ice made the nausea disappear. It was magic.” 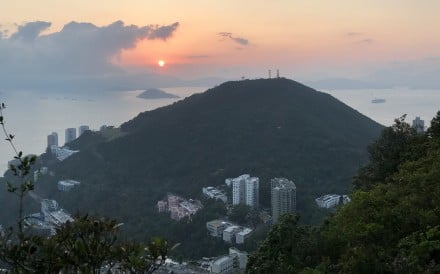 Is Hong Kong the best city in the world for run commuting?
Related articles