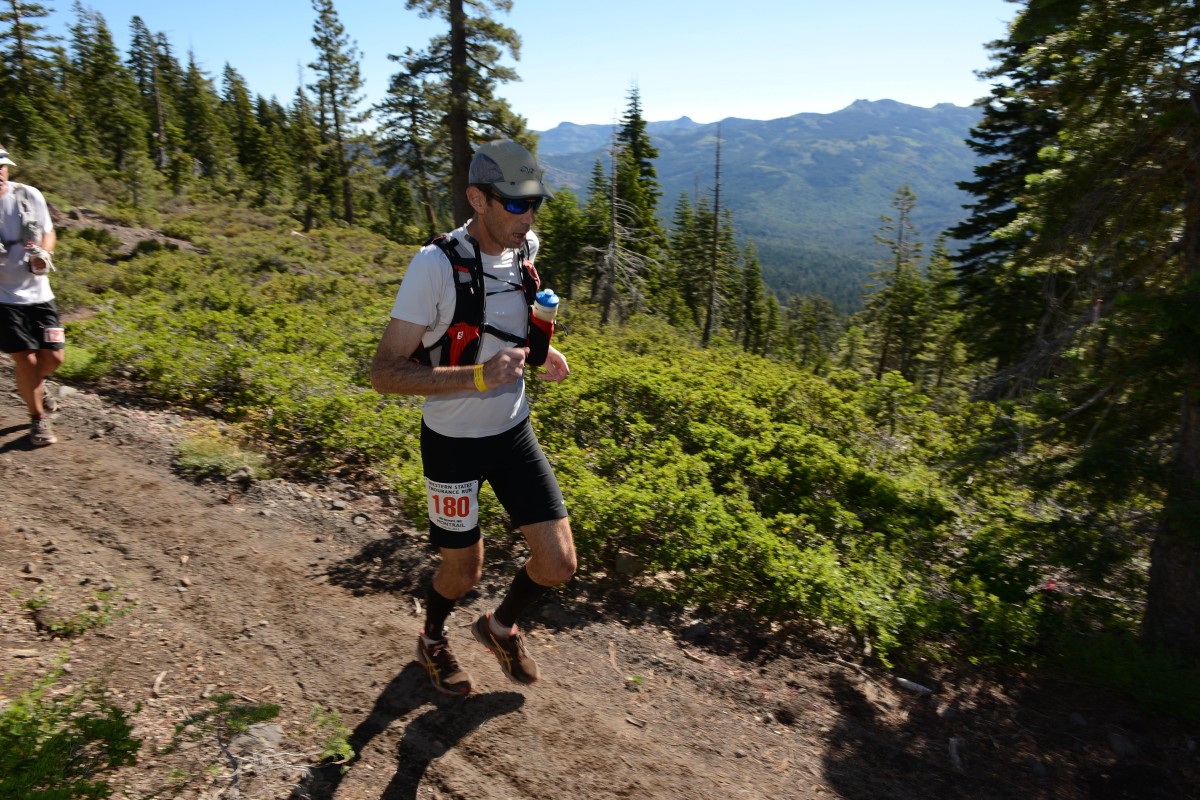 Will Hayward never expected to be the last man standing.

Well, he was actually the second-last person standing. But, technically, the runner from Hong Kong jested, “I was the last man standing.”

The winner of last week’s Big Dog Backyard Ultra in Bell Buckle, Tennessee, was Maggie Guterl. She was the first woman ever to win the race, which is widely considered to be the world’s hardest and most diabolical.

Known by many as “the race with no end,” the event is defined by a philosophy of attrition: at the strike of each hour, and then every hour after that for as long as they can continue, competitors must embark on the same four-mile (6.7 kilometre) loop. Run faster, and you have more time to eat, stretch, nap, use the toilet before toeing the start line again at the top of the hour, or be disqualified from the race. People drop out one by one until one person – the winner – remains.

Hayward had won his golden ticket to the infamous race, put on by Gary Cantrell (also known as Lazarus Lake), by taking first at Hong Kong’s inaugural Big Boar’s Backyard Ultra in April, organised by Steve Carr of Race Base Asia. In that race along Bowen Road, he completed a total of 167.75 kms, outlasting 14 other competitors over the course of 25 hours.

Though I was feeling terrible, I thought it would be anticlimactic to the whole event if I just quit
Will Hayward

“It was nuts, really unexpected,” Hayward said of his surprise second-place finish.

One important lesson Hayward took from his Big Boar’s experience in April was the importance of keeping a consistent pace. Over the course of two and a half days of essentially non-stop running, he stuck to a stable pace of some 50-odd minutes per loop.

“I thought having a long rest was not very helpful,” he said. “I thought it was better to keep moving, move slow, and keep the load down. Seven or eight minutes is quite enough time to get food, get relaxed, and get up and do it again.”

Chatting over the phone from his office at the University of Hong Kong several days after the race, Hayward sounded relaxed and nonchalant – almost as though it hadn’t quite sunk in that he had just put on a world-class performance in a brutal race, and put Hong Kong on the global map of the ultra event.

He described how the first 12 hours of running the trail loop on Cantrell’s farm went by smoothly, with not many dropping out. As night fell, competitors switched to doing a road loop. He got into a routine of interspersing running and walking, setting a rhythm that helped conserve energy.

Then, as the race reached the 24-hour, 100-mile (160kms) mark, elites began to drop out. “From that point, I was one of the slowest. Not necessarily the slowest ... not struggling, but my form was getting a bit tired,” Hayward said. He set himself a goal: “Let’s get through this day, let’s get to 36 hours.”

But Hayward pushed on – ultimately, for another 24 hours. Slowly but steadily, the number of competitors thinned.

AND IT'S MAGGIE GUTERL, YOUR CHAMPION AND THE FIRST WOMAN TO WIN THE HARDEST RACE IN THE WORLD, THE BIG DOG BACKYARD ULTRA!!!!!! pic.twitter.com/DYgV6Pb6gw

The crowd continued to thin out over that second day of the race. Hayward got to the 36-hour mark, and he would later learn that his support crew even took down their camp, thinking he would soon call it a day. At one point, there were only 15 left, and Hayward got an extra boost of motivation to make it to the remaining 12 – the “Dirty Dozen”, as Cantrell likes to call them.

Fast forward to the 44th hour, and suddenly, only four were left: Hayward, David Proctor, Katie Wright, and Guterl. Two men and two women. By this point, he was also beginning to hallucinate from the lack of sleep, occasionally seeing shapes like houses along a road where there were only trees. “I didn’t hallucinate people,” he said, to make the point that his hallucinations were of “nothing crazy”.

When Wright, a doctor from New Zealand, dropped out after 50 loops, and Proctor, a massage therapist from Canada, unexpectedly dropped out soon after starting his 53rd loop, it was down to Hayward and Guterl.

“Though I was feeling terrible, I thought it would be anticlimactic to the whole event if I just quit now,” Hayward said.

Rosie Watson runs from UK to Mongolia for climate change, free of stress because life is full of hazards

Then it got to the 59th loop: the last loop in the daylight, just before sunset. It was slippery and dark, and Hayward knew this was going to slow him down. He would have to push to make it back under an hour, and there was little room for error.

He tried to stay close to Guterl, who had been running consistently faster, and almost caught up to her going down a hill. Perhaps a little surprised, she took off, running up the next hill. Hayward hiked up. The sun was setting, and he turned his head lamp on. That’s when the drowsy demons hit.

“Almost immediately, I’m just swimming in sleep deprivation,” he said. “I just couldn’t keep the rocks in focus.” At the top of that hill, he lost consciousness. When he came around, he started wandering around, thinking he was in an old village on Hong Kong Island. He wandered around for a while, dazed, until someone shouted in the distance.

“Are they looking for me?” Hayward thought. “Who’s that?” he shouted out.

“Guillaume!” came the response. It was Guillaume Calmettes, a veteran of the race, who had come searching for Hayward.

As soon as Hayward heard Calmette’s name, he snapped back to reality. They hiked back to the finish line. The race was over. Guterl had won. And in spite of the hallucinatory episode in the woods, Hayward was pleased.

“I wanted to do it until I ran out of time. I didn’t want to give up,” he said. “I feel very comfortable that that happened. I pushed myself to the limits – and that was the limit.” 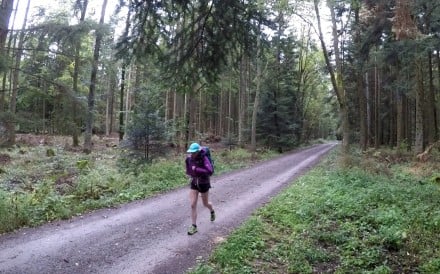 Watson runs from UK to Mongolia, free of stress because life is full of hazards 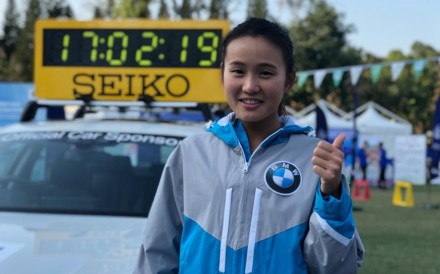