Love is in the air for TT players

With Size and Whyte in charge of the favourite, plus a good draw in gate one, four-year-old is an easy pick as banker in the final leg Bundle Of Love can repeat his brilliant last-start dirt win. 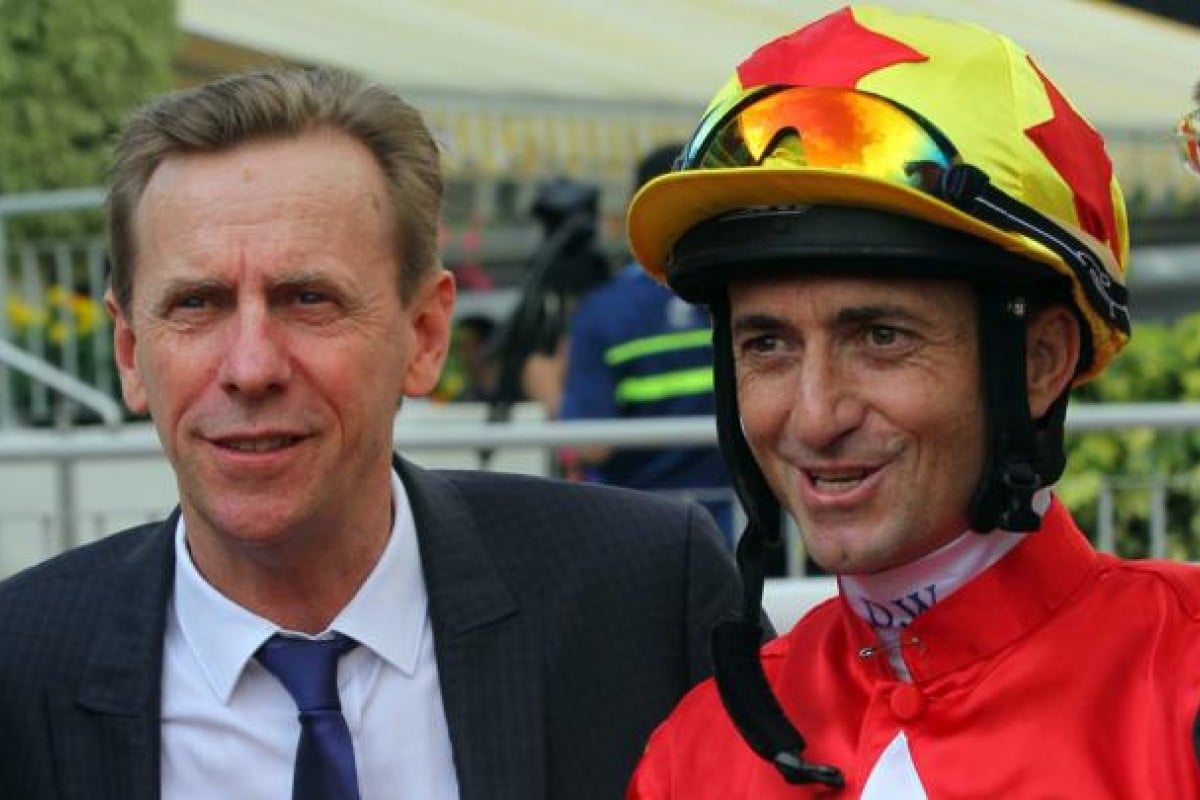 An easy last-start win over the course and distance and barrier one - plus the John Size-Douglas Whyte factor - mean Bundle Of Love won't be any fancy win odds at tomorrow night's all-dirt meeting at Sha Tin, but the powerfully built chestnut can act as an iron-clad banker in the final leg of the Triple Trio.

Bundle Of Love was always going to take time to develop, and going off his first-up run, it is clear he has returned a much-better horse than last season. The four-year-old showed good barrier speed to get across from gate six, maintained his rhythm as he was pressured when racing outside the leader and then showed a nice turn of foot to kick away and win by a length under a strong hold.

He faces the same grade again, with seven more ratings points, but this time a race of diluted quality because of the Class Three, 1,200m entries being split into two events.

That last-start victory would have been enough for Bundle Of Love to be installed favourite here - but a spirited 1,000m turf trial a week ago adds even more weight to his considerable case.

The consistency of Size and Whyte when they team up can't be ignored, but when their horses draw low, the strike rates really climb. The pair have a deadly 26 per cent win and 55 per cent place strike rate when their runners draw one, and that climbs to 42 per cent and 71 per cent respectively with horses 2-1 or shorter in betting - the sort of quote Bundle Of Love will be this time around.

The horse drawn alongside Bundle Of Love, Palepale (Zac Purton), is next in and can be considered as a double banker option with his consistent course and distance record.

The opening leg is a Class Five over the extended mile that looks like a minefield, but take a punt on Best Noodle (Andreas Suborics) dropping in grade. He has won two from three in the cellar grade previously - and one of them was over this course and distance.

M's Magic (Olivier Doleuze) keeps falling in the ratings but he hasn't been too bad, and the fact he races handy is a plus. He is worth counting on as a placegetter.

Here's the best of the rest - spend what you can to get through - Ice Fire (Tim Clark), Daily Double (Alex Lai Hoi-wing), Gorgeous Ruler (Ben So Tik-hung) and Precision Magic (Whyte).

The middle pin is the second division of the Class Three, 1,200m horses, and dirt-track specialist Darpana (Richard Fourie) stands out as a solid banker.

Drawn five, he brings an excellent course and distance record, winning four and finishing in the top four 12 times in 18 starts.

City King (Tye Angland) has bleeding issues, but after trialling successfully and from gate three for a new stable, he could fire.

Others to consider are First In Command (Tim Clark), Turin Champion (Leung) and, while first-starter Hong Kong Dancer (Alex Lai Hoi-wing) is probably short of his best fitness-wise, he could be one to watch.

Read Michael Cox's blog - Ladies' Day one of the highlights of the season. Go to: www.scmp.com/author/michael-cox-0