Time has class on his side: Whyte 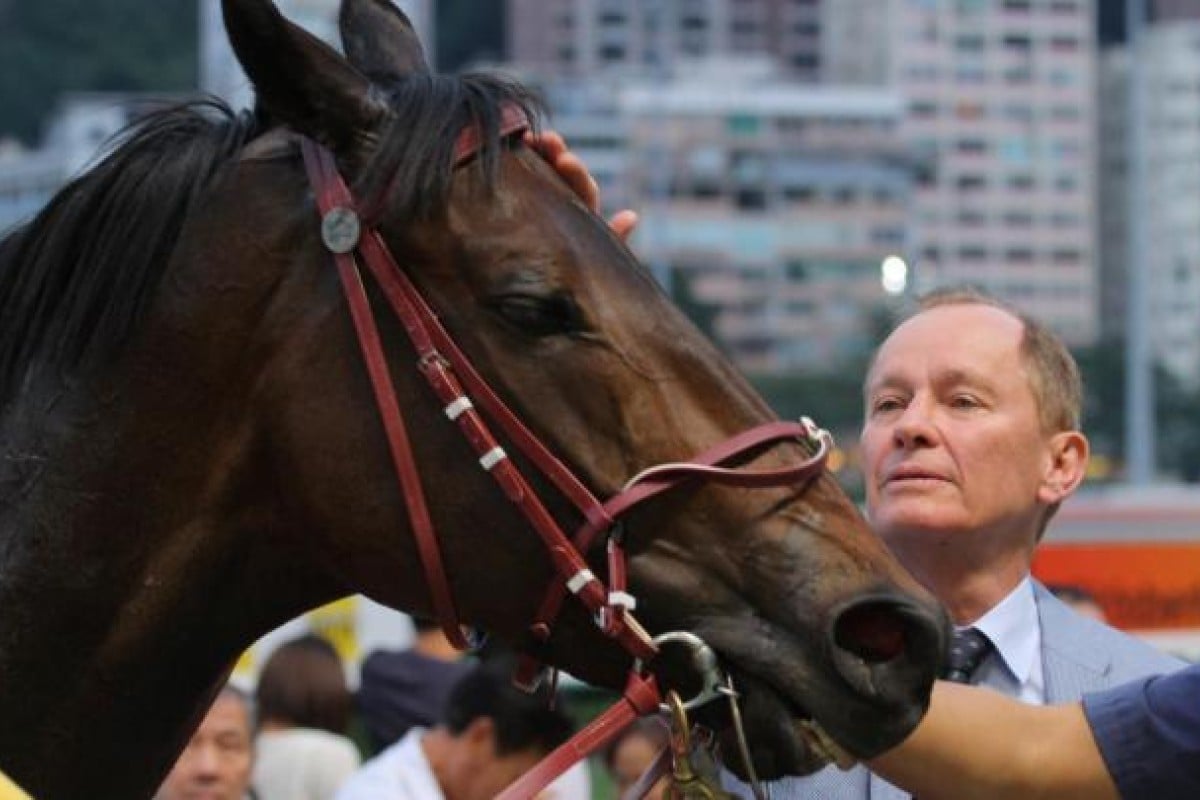 Douglas Whyte had a tough day at Happy Valley but the champion South African was able to use some inside knowledge filed away last season to end the card with a winner on the horse who promises to emerge as an international contender, Time After Time.

And with John Size-trained Entrapment now out of contention for the Longines international meeting after breaking down earlier this week with a tendon problem, Whyte will be keen to keep the association he struck up yesterday after chasing trainer John Moore for the mount.

"When Darren Beadman was riding this horse last season, he clashed with Glorious Days a couple of times and I think Glorious Days had more trouble with Time After Time than any other horse as he was going through the grades," said Whyte. "I was following Time After Time in a race at Sha Tin one day and he just dropped me, his acceleration was very impressive. Glorious Days came back and beat him comfortably, but that turn of foot was something I remembered. Some horses might get their spirit broken by a battle like that but this guy has come back and taken the next step. He's top class now."

Time After Time took the softest available option with yesterday's race after a brilliant run first-up behind Good Boy Boy over 1,000m but the road ahead will take him into something more expensive.

"After his first-up run, Brett Prebble wanted me to start Time After Time in the Group Three next weekend at Sha Tin and he really thought he could win it, but I thought we'd stay with something easier while he's still eligible for it and tackle those races when we have to," Moore said later. "But I guess now we're at that point after today's win off a 105 rating. I'll have to look at the good races and Time After Time will go to the Jockey Club Sprint next month and we'll see if he's good enough to measure up to the international races."

Prebble, who missed yesterday through suspension, was quick to text Moore congratulations on the win and he will be just as keen to get back on Time After Time as Whyte will be to stay aboard in the Group Two.

"I guess we'll work out who rides what in that race closer to the time," said Moore. "I'll have a few runners in it so we'll see."

The race did not look any pushover on paper, with Time After Time slightly awkwardly drawn in barrier eight and with a trend of play that suggested closer to the inside rail was better than wider in the straight, where Time After Time came to pick them up in a few strides.

"It isn't easy to do what he did today with the big weight and I did give him a push early to make him keep up and not get too far back from the gate," Whyte said. "The way he let down, he felt like he was carrying 118 pounds not 133."

Although Whyte is sitting poised just three wins behind championship leader Zac Purton, who had a double, his supporters at the betting windows are hurting, with the Durban Demon having landed only one of his 26 outright favourites for the term.