Purton's dream year set to end with a bang

Red-hot Aussie has had much to celebrate in 2012, and now has been handed perfect draws for this weekend's showpiece 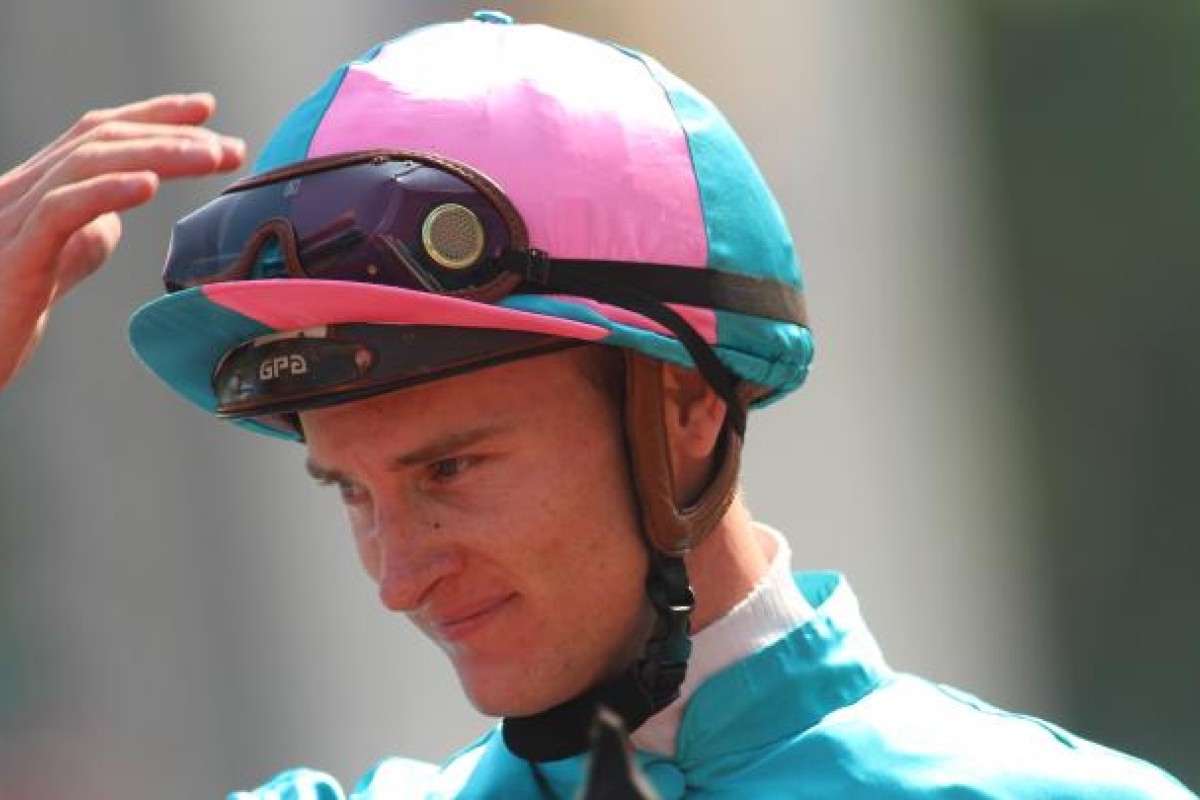 It has been a highlight year for Australian Zac Purton. Photo: Kenneth Chan

It has been a highlight year for Australian Zac Purton and he will be hoping to keep the ball rolling in the Longines International Jockeys' Championship tomorrow night at Happy Valley after a fruitful draw yesterday.

And his booming start to the new season has had many suggesting he could be the one to end Douglas Whyte's perennial success in the Hong Kong championship, after Purton finished runner-up last season.

Now his first participation in the IJC promises a chance to emulate Ryan Moore's 2010 double in the Japanese and Hong Kong jockeys' invitational series, with a $500,000 cheque up for grabs with this year's boost to prize money.

Matthew Chadwick, the main jockey for the Tony Cruz stable, declared Purton the man to beat after he drew two Cruz runners that Chadwick knows plenty about, All Lucky and Chancellor.

"All Lucky's lightly raced and improving, and Chancellor hasn't had the best luck lately and has gate one. They both look like chances," Chadwick said. "I reckon Zac will win it."

Purton was more circumspect in assessing his prospects on horses he knows only from afar as rivals. "I've never ridden any of the four horses I've drawn, so it's hard to be confident and these races are always wide open, but I'm not unhappy with the horses I've got. I don't think I've had a ride for Tony this season, and I don't generally get many as a rule, but he's one of the top trainers in town and I'd love to get a win for him," Purton said.

Purton opens the IJC with the Me Tsui Yu-sak-trained Yuan's Fortune.

"He's pretty consistent, hopefully he'll get some speed on as he gets back," the rider said. "And The Untouchablelad has been a bit of a track specialist at the Valley and his last run was his best this season."

Whyte has won the IJC three times, jointly holding the record with Frankie Dettori, but his best chance to win looks to be Expectator, having his first run for trainer Peter Ho Leung.

Expectator has been placed at Happy Valley and Sha Tin at his last two runs and, although he hasn't run for two months and hasn't barrier trialled, Ho is putting blinkers on the four-year-old for tomorrow night's assignment.

The Jockey Club odds-makers have looked enthusiastically on Purton's prospects when Jockey Challenge betting on the series opened last night - Purton was posted the 3.75 favourite ahead of dual past winner Ryan Moore at 6.5 and Chadwick at 7.5.

Also among the chances are Christophe Lemaire, a dead-heat winner with Moore and John Murtagh in 2009, at 8.0 and Singapore star Joao Moreira is listed at 8.5.

Irishman Tom Queally is reckoned a 12 chance but could be a surprise packet - he is without a standout ride but has picked up a number of fringe chances in the four-leg series.