Douglas Whyte proclaimed Time After Time's preparation to be perfect for Sunday's meeting, where the emerging sprinter's handler, John Moore, will carry his customary numerical advantage - calling his team his best in years for a major meeting. 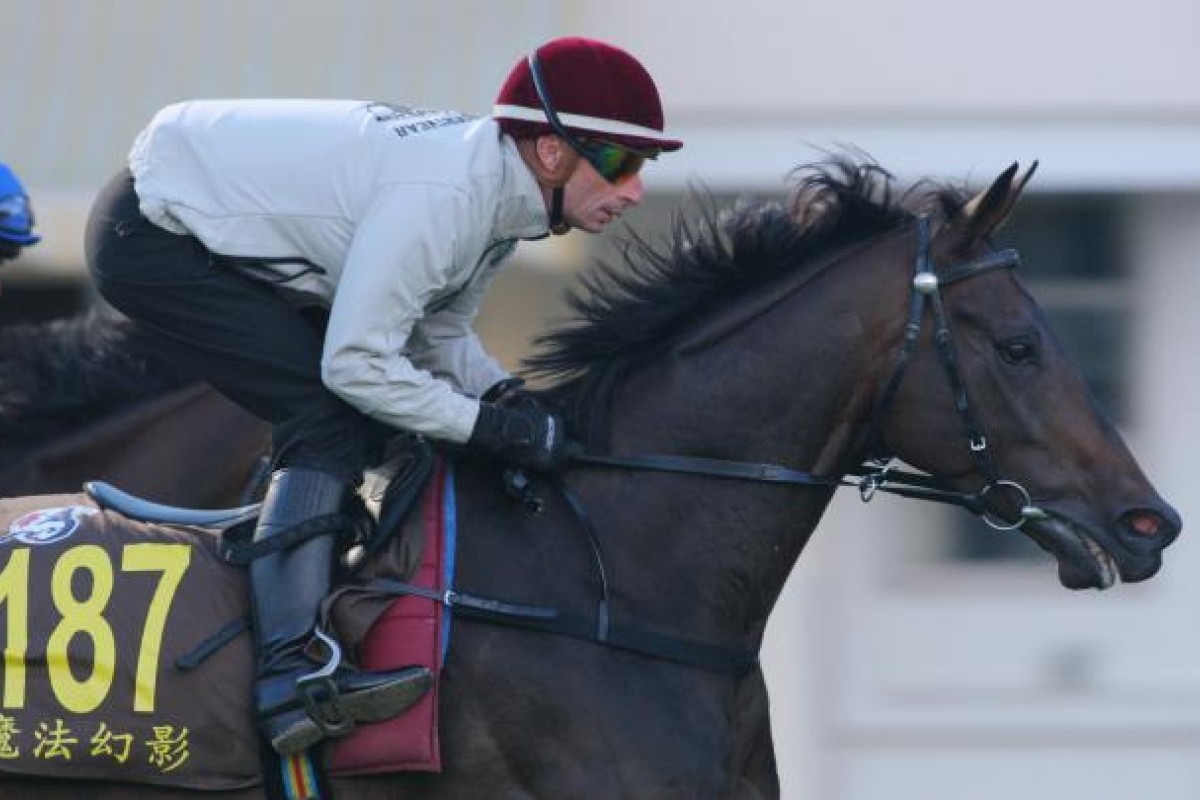 Irian warms up for the Cup with Gerald Mosse.

Douglas Whyte proclaimed Time After Time's preparation to be perfect for Sunday's meeting, where the emerging sprinter's handler, John Moore, will carry his customary numerical advantage - calling his team his best in years for a major meeting.

Time After Time is one of 11 runners for Moore spread across three of the four Group One features - up on the eight and seven runners he has sent to the last two international meetings.

Able One caused an upset in the Hong Kong Mile 12 months ago, after being a late scratching in 2010, and Sprint fancy Time After Time has been anointed as this year's stable spearhead by Whyte.

"I think his preparation has been amazing. His last run was phenomenal and all he has to do is bring that game, or just a little bit better on Sunday, and he'll be very competitive," Whyte said, referring to Time After Time's second behind Lucky Nine in the three weeks ago.

The championship-leading jockey topped off the four-year-old with a "pipe-opener" yesterday and declared him ready for his first Group One battle. "His turn of foot gives me a lot of confidence. He performed with merit last time and I don't see why he won't deliver again," he said.

Moore agreed Time After Time was his best hope from his "gun gate" of barrier three, but said he had plenty more ammunition.

"I think this is a better team than I have had in years," he said. "There's a couple of awkward draws, but there's some real in-form runners as well."

Captain Sweet, who has been battling a respiratory infection, Leading City and Admiration, join their more-fancied stablemate in the Sprint. "There's a cloud over whether Captain Sweet can put it together, given those problems," Moore said. "If he can produce his early form, he has to be an each-way hope. He'll be right up in the box seat. Admiration has proven he is thereabouts at this level."

Dual Group One-winner Xtension, one of three for Moore in the Mile, is second-up and working his way back into race shape after missing a critical run earlier this season.

"There's also a bit of a cloud over him, whether he is in peak fitness, having missed that run, but his work on Tuesday was very, very good," Moore said.

Packing Whiz needs strong a pace to unleash his powerful sprint and Moore seemed assured there would be speed. "I worry how much start he will have to give them, but they won't be walking in the race like they have in previous years," he said.

Moore lacks a headliner in the Cup, but his quartet has a sneaky look about it, with Irian and Zaidan, in particular, capable of upsets despite drawing wide. But it was Military Attack who he seemed to be warming to most.

"He will be going back to the last four and hoping, but Brett Prebble was happy with his work and looking for a finish like last start when he ran home strongly," Moore said.