Jockey Club raises the bar to be envy of the world

But now for the hard part: Jockey Club and its new sponsor have to find ways to trump Sunday's spectacle on and off the track 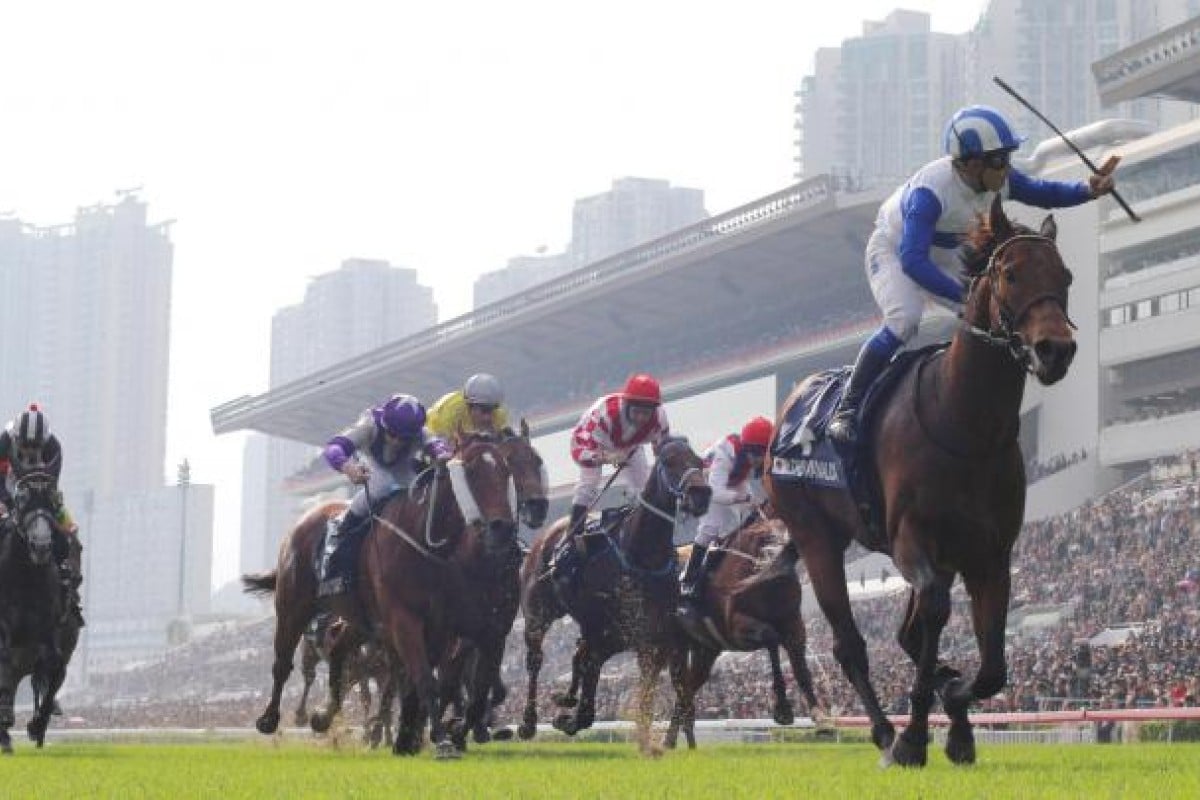 If, as they say, imitation is the sincerest form of flattery then top Australian trainer Peter Moody was pumping up the tyres of Sunday's Sha Tin showpiece.

Moody was asking aloud in Australia's press why that country couldn't organise an international meeting that mirrored Hong Kong.

While there is apparently planning under way in Sydney to organise a highlight fixture along the lines of the Breeders' Cup, they'll certainly have to address the quarantine situation to make it attractive to foreign visitors.

With turnover up and a record crowd for the day, the Jockey Club made a soaring success of its first international meeting on Sunday in partnership with Longines.

As chief executive Winfried Engelbrecht-Bresges wryly observed, when we asked him what the club does next to further improve the Hong Kong International Races: "The air gets thinner at 4,000 metres. When we looked at the high benchmark we had set in 2011, I thought it would be very difficult to top it."

So it becomes even tougher, but Engelbrecht-Bresges doesn't let the grass grow under his, or his staff's, feet and he sees the partnership with Longines as key to a greater exposure for the meeting.

Billboards, newspaper wraparounds; there was signage everywhere to tell people it was on and they turned up. The star power of the "ambassadors of excellence", Aaron Kwok Fu-shing and Kate Winslet, was a plus for exposing non-racing minds to the meeting.

Losing marquee talents Cirrus des Aigles - perhaps himself to blame for his injury on Friday after carrying on like an impossible child the day before - and Sea Moon was tough, but the day survived their absence.

Surely the best result for the club on the track was Lord Kanaloa's victory for Japan in the Sprint. Some notable flops from their sprinters, going back to the early years of this century, seemed to have left the Japanese a bit gun-shy, despite the fact Hong Kong sprinters hadn't found it any picnic going to Tokyo. Had the local team whitewashed the visitors again it might have been tough finding enthusiastic contenders for the Sprint next year.

At face value, Lord Kanaloa laid claim to the best Sprint win for a few years by putting up a margin, though it was not a vintage edition of the race and the times and sectionals detracted from the naked-eye interpretation.

The Mile didn't let anyone down though and Ambitious Dragon's win, as soft as it was, wasn't too far behind his sizzling standout victory in the National Day Cup last year. The blinkers didn't have the same effect on Glorious Days second time around and he didn't quite run to his Jockey Club Mile win - evidenced by how much start the Dragon was able to give him from the 400m and still get comfortably by.

Trainer Tony Millard quickly knocked on the head any suggestion the Dragon might go to Dubai this season, so it looks like a diet of domestic racing for the Horse of the Year unless the Yasuda Kinen has some attraction next June.

The same is true for California Memory, with trainer Tony Cruz ruling out any overseas travel for the grey, who has previously been to Dubai and twice to Singapore without much to show for it.

The Cup was again a small field with no pace, though Neil Callan got going on Dan Excel from the 800m and ensured it was not the farce it promised to be, or even the farce of last year when the sprint only went on from the top of the straight.

With the track running similarly in 2011, California Memory ran down the straight in well under 22 seconds. This time his sprint from the 400m was about 0.75 seconds slower than last year, but he had to sustain it for longer and his last 800m was much faster this time. All in all, a similar performance.

The Vase was, well, the Vase. Liberator had the right spot and finished a creditable fourth in a slowly run dash home that saw the leader-to-leader time from the 400m faster than all but one of the 10 races, unusual at the end of 2,400m.

A great ride won the race for Red Cadeaux, who might normally have been expected to be one of the victims of a slow pace, but he was also one of the few stayers who didn't turn a hair in his travel or work and he fronted up when other more highly rated runners did not. That's racing.

Somehow, the Jockey Club will have to come up with something to improve on what we saw on Sunday, but it can't be getting any easier.