With two runs under his belt, O'Sullivan's well-touted youngster can produce a breakout performance in middle leg 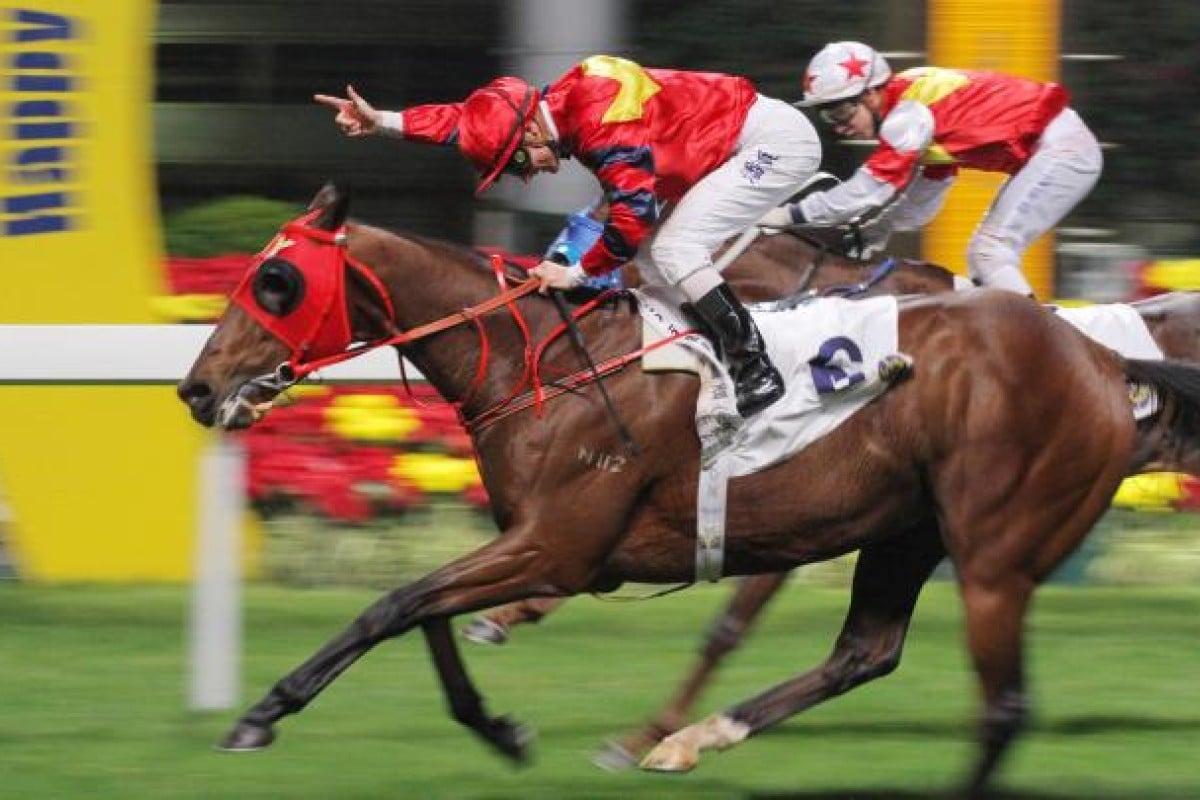 Victory Mascot (inside) just went under to Travel Brand on Wednesday night and can go one better tomorrow.

Paul O'Sullivan has always had high hopes for Sunny Pearl - a half-brother to his stable star New Vision - and after two encouraging performances the three-year-old seems set for a breakout performance in the middle pin of tomorrow's Triple Trio at Sha Tin.

Last week's difficult TT went unclaimed, leaving a chunky HK.6 million sitting in the pool for players, and O'Sullivan's progressive-looking customer is the way to go if looking to snare some of the expected HK$9 million dividend.

The masses have been behind Sunny Pearl at his first two starts - where he was sent out favourite, at 1.7 and 3.4 respectively - but on both occasions luck has deserted jockey Douglas Whyte, who rides again tomorrow.

The difference this time is a better draw - seven - and a touch more experience. On debut over 1,200m, Sunny Pearl raced three wide without cover after starting from gate 11 and stuck on gamely for fourth, while at his last start Whyte was forced to go back to last after jumping from 13 and failing to find a closer spot.

After rounding the turn, Sunny Pearl was then blocked for a run before unwinding with a solid last 350 metres, although his run was flattered a touch by some fast early speed.

The main danger to Sunny Pearl, and an option as a double banker, is the horse that finished a neck in front of him last time - Michael Chang Chun-wai's Danewin Tiger (Andreas Suborics).

Barrier one is perfect for Danewin Tiger as he has the speed to take advantage, and Suborics won't have to excessively rev-up a horse that can over-race.

Easily the best of the three first-starters is Caspar Fownes-trained Good Times Roll (Weichong Marwing). His trials have revealed a four-year-old with plenty of athletic ability who could make an immediate impact. The problem tomorrow is he has drawn 13, but he should be included.

The first leg is a 2,000m Class Four that lacks an obvious favourite.

It looks like the best chance for Tom Queally to break his duck, with Fownes enlisting the Irishman to ride Victory Mascot on a three-day back-up.

Matthew Chadwick nearly pinched a Class Three with a mid-race move on Victory Mascot on Wednesday, and the seven-year-old drops in to a nice gate (five) here.

With Victory Mascot as a banker, also include Super Strike (Angland), Surrounded (Gerald Mosse) and All Bountiful (Douglas Whyte), although that trio needs genuine pace, which is possible but not guaranteed.

In the final leg, a Class Four over a mile, it looks like Dennis yip Chor-hong's Follow The Wind (Angland) is well-placed to break his maiden at his 10th start after an excellent first-up run over the course and distance behind Turbo Jewellery.

After missing the kick, the four-year-old flashed home in the manner of a horse ready to win next start.

Others to include are Blossom Daily (Vincent Ho Chak-yiu), who is chasing three straight and has drawn two, Always Something (Tim Clark), Global Fame (Keith Yeung Ming-lun) and Ho Wongchoy (Chadwick).