Forever Ahead ready to show his true colours

Forever Ahead was a beaten favourite in his first two runs, but produced a gallant performance with a move to the pacifiers and a step up in distance in the Class Four Shek Lei Handicap (1,400m) last Saturday at Sha Tin and looks ready to win. 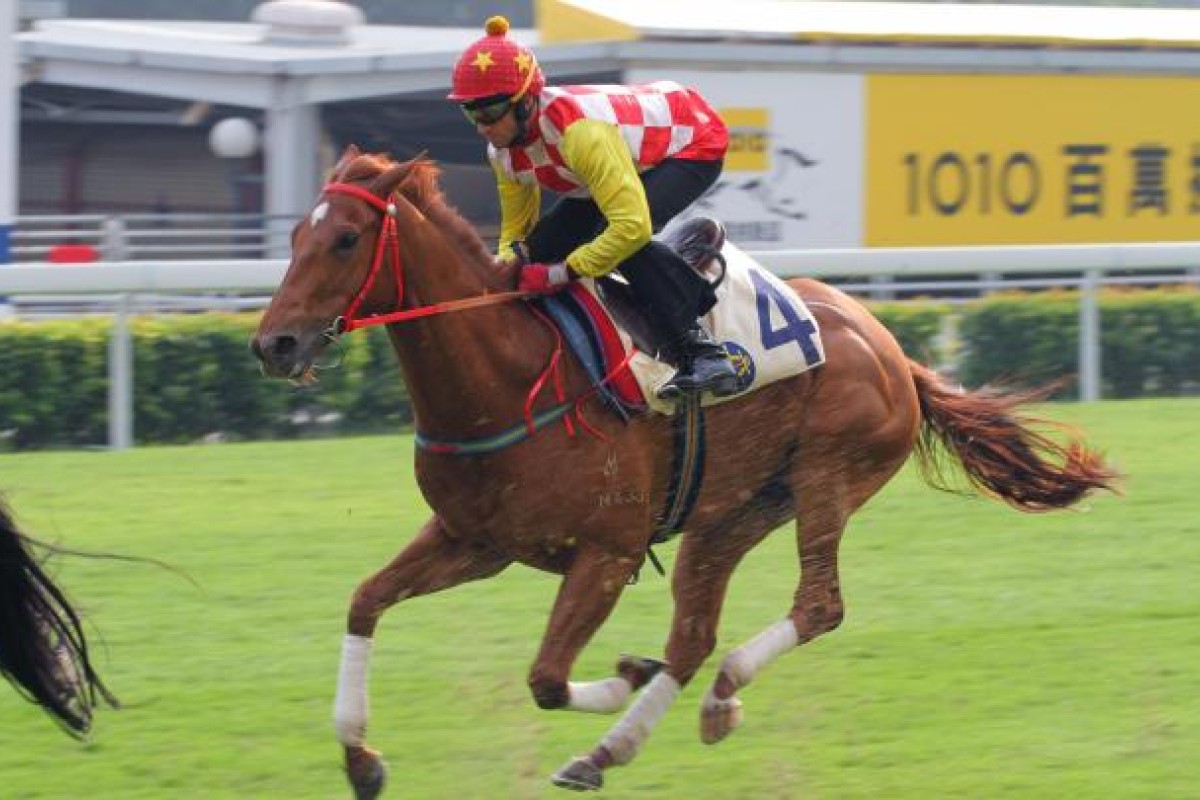 Forever Ahead was a beaten favourite in his first two runs, but produced a gallant performance with a move to the pacifiers and a step up in distance in the Class Four Shek Lei Handicap (1,400m) last Saturday at Sha Tin and looks ready to win.

Punters will not have to wait long as John Size is quickly backing up the gelding in a Class Four event over the Sha Tin mile next Tuesday and will be the one to follow.

Forever Ahead caught the eye in his trials in New Zealand and in Hong Kong, but never lived up to that promise as a raging $18 favourite on October 23 over the Valley 1,200m and 25 days later over the same distance at Sha Tin carrying another unbackable $23 price tag. Master trainer Size knows how to get the best out of his horses, applying the gear on the four-year-old following those two green efforts. Forever Ahead has looked much more focused in his work since and Size was happy to step him up over 1,400m.

Forever Ahead jumped as a juicy 11-1 fifth choice in betting for Keith Yeung Ming-lun last Saturday. He was further back in the run when getting crowded between Sunny Pearl and Hong Kong Fat at the start but was travelling well throughout.

He was the only one to come out of the pack in a swift 22.19 seconds for the final 400m to gun down Impeccable 50m out for third - 21/2 lengths off the upset winner Country Charm.

Forever Ahead will still need to fill out more but he is heading in the right direction.

His sire, Summer Squall stallion Postponed, was a winner of four races in America, including the Group Two Peter Pan Stakes at Belmont over 1,800m and his local progeny include the likes of Interchina Star, Splendid Champion and Owners' Glory.

His dam, Repetition, was a multiple winner from 1,100m to 1,600m and finished second in the Group One Ellerslie Sires' Produce Stakes, and is a half-sister to Snap, a four-time Group One winner in New Zealand over 950m to 2,400m.

Repetition has produced five winners, including the retired Step To Win.

The three-year-old, who had a solid grounding for his first-up outing, was given no favours at the barrier draw but showed he has an engine when powering home to finish sixth at odds of 99-1, with the final 400m in 23.58.

The son of Acclamation arrived off a good reputation, having won four times and placing six times from 12 starts (from 1,200m to 1,500m) in France.