The Moore-trained five-year-old should appreciate every inch of the 1,800m and can act as a solid banker in the middle leg of the Triple Trio 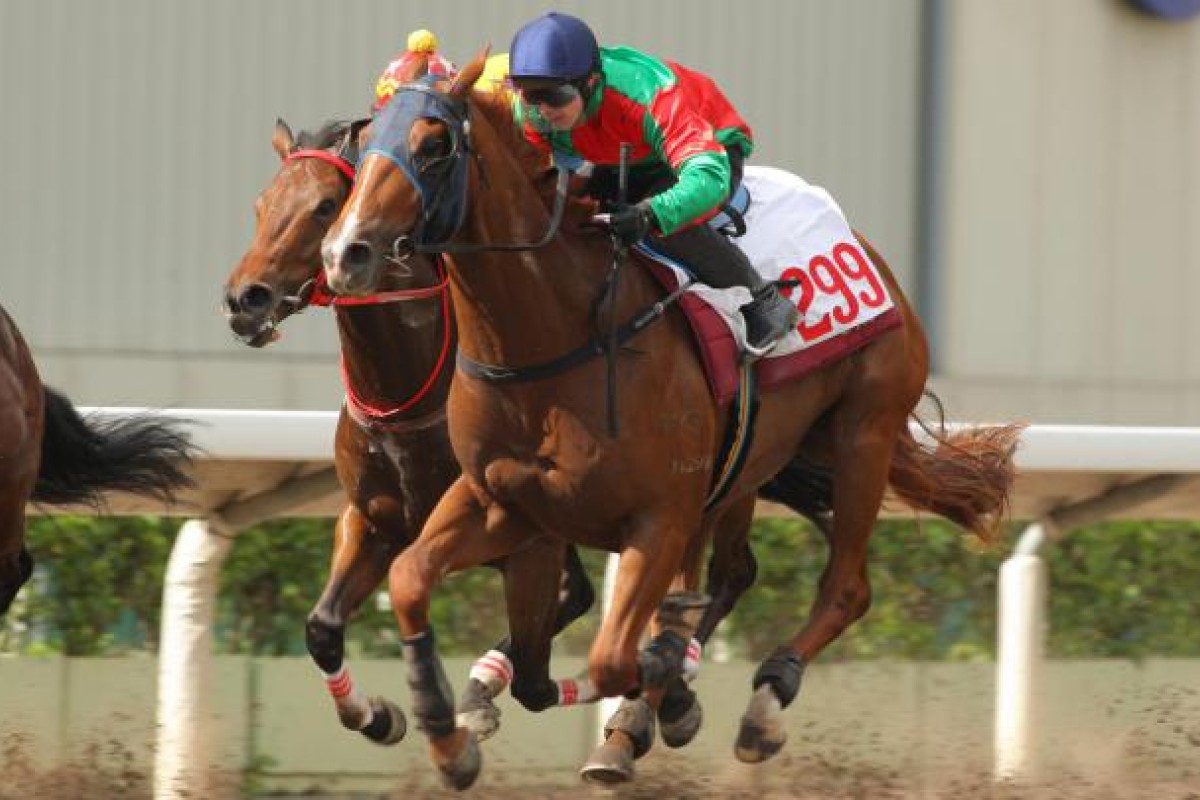 Approve will relish the return to the bigger track.

With Approve progressing to a distance where he should produce something like his best, the John Moore-trained chestnut can act as a banker in the middle pin of the Triple Trio at Sha Tin on Sunday.

Approve is back to his original rating of 52 after six starts and he looks primed for a step up to 1,800m for the first time.

From a family that includes Australian Derby winner Starcraft, high-class miler Forum Floozie and other black-type performers that needed a mile or further to show their best, Approve seems cut from the same cloth.

The five-year-old comes in off a rather one-paced effort as runner-up in a special conditions race at Happy Valley.

That run was nothing to get excited about, but the Sha Tin straight should suit more than the tighter city course - in fact, his previous two performances at the bigger track were excellent over the mile.

After Approve had four different jockeys in his first four starts, Weichong Marwing keeps the ride for the third straight occasion and he has been blessed with barrier three.

The gate allows him options. He should be able to find a two-wide spot, or even the rail, but still stay handy enough in a race with no obvious speed.

The two horses drawn below him - All Bountiful and Danzulu - should be included. John Size has utilised the seven-pound claim of Alvin Ng Ka-chun on the disappointing All Bountiful and he can be considered, despite continuing to burn punters.

Expect an aggressive ride from Umberto Rispoli on Danzulu. His race fitness and tactical speed put him right in the contest.

Others to consider are Bullish Power (Matthew Chadwick) and Burgundy Mac (Neil Callan).

There are three clear standouts in the opening leg, but only one - Dragon Keeper (Rispoli) - has drawn well. Great Charm (Olivier Doleuze) and Tayside (Richard Fourie) look like winning in the near future but have drawn 11 and nine respectively. They have to go in, but it is Dragon Keeper, coming off a course and distance third, who will get all the favours from gate one and can act as a banker.

The final leg is a tough all-weather track contest over the extended mile, but Champagne Days has been racing well over this surface and can act as a banker from gate one and with Ng's seven-pound claim.

The Michael Chang Chun-wai-trained six-year-old should have no trouble coming back to the dirt mile as he can sit handy in the run and kick clear in the final 200m.

Read Michael Cox’s blog – New Year is off to a hiss and a roar – now the Whyte-Purton battle hots up. Go to: http://www.scmp.com/author/michael-cox-0