Having found a new lease of life since moving stables, Shum's sprinter stands out in Triple Trio, which carries a HK$4.2 million jackpot 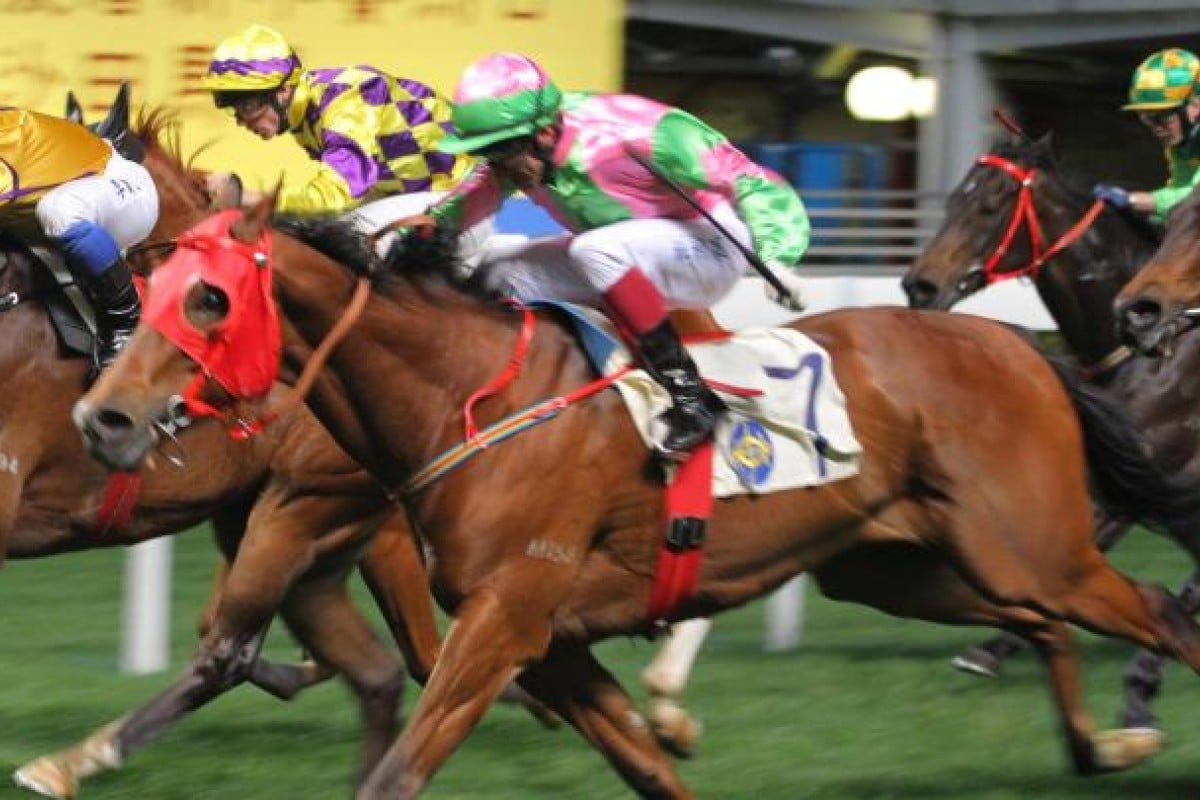 D Day Super ran well in defeat last time from a wide gate and can go one better tomorrow night.

After a season and a half in the wilderness and in a ratings freefall, D Day Super found a home in the Danny Shum Chap-shing yard and a pet course and distance in the form of Happy Valley's chaotic 1,000m scampers. Now that he is hitting his straps, the five-year-old stands out as a banker in the first leg of the Triple Trio and looking to atone for a narrow last-start defeat.

D Day Super had everyone fooled when he drove hard and appeared to nail True Courage on the line last start, but a photo revealed he had gone down by the slimmest of margins.

After Olivier Doleuze was forced to navigate from gates 11 and 12 at his last two starts - both solid performances - he now gets the relative luxury of gate five. Before those two starts, D Day Super won his one and only start.

His overall record of one win from 24 starts doesn't look great but since Shum took over the sprinter he has raced at Happy Valley's shortest circuit seven times and finished outside of the top four just twice.

The main dangers are Call Me Achiever (Vincent Ho Chak-yiu) and Nobody But You (Ben So Tik-hung).

Call Me Achiever is back to where he is perhaps most effective after runs on the dirt and Sha Tin turf. While barrier three reads well, he will need to cross Spicy Shrimp on his inside to find the rail. If he can lead at his own leisure, he will be hard to gun down, but there could be even more pressure from outside.

Nobody But You was a winner two starts back, hasn't drawn too badly in six and was an honest fourth when stuck three-wide on the dirt last time out. The other option in the race is Croesus, with John Size again utilising the 10-pound claim of Dicky Lui Cheuk-yin.

The middle pin of a TT carrying a HK$4.2 million jackpot is a Class Four handicap over the extended mile in which wide gates for two of the leading chances have thrown the contest wide open.

Highest Acclaim (Brett Prebble) and One Of A Kind (Douglas Whyte) drew 11 and 12 respectively, making it hard to take either as a banker.

Highest Acclaim steps up to this trip for the first time and appears as though he will relish it. He will get back anyway, but is therefore at the mercy of race tempo. Although One Of A Kind is capable of taking up a handier position, he is likely to be in the same boat. Put both backmarkers in, but go without a banker.

There only looks to be one leader and that is lightweight Viva Dolphin (Terry Wong Chi-wai), but if Record High (Ho) comes across with him that could create some pressure.

Invictus (Weichong Marwing) comes off a confidence-building Class Five win on the dirt, while Sugar Pegasus (Richard Fourie) and Little Rainforest (Chadwick) are drawn to advantage in two and three.

The final leg is the Rotary Centenary Challenge Cup, also over 1,650m, where Richard Gibson's last-start winner Always Something (Derek Leung Ka-chun) can slot in as a banker.

Galaxy Prancer (Doleuze) got all the favours last start and was a bit one-paced when third, but another good draw puts him in the mix. Also consider consistent Mega Champion (Chadwick) and Absolute Fantasy (Tom Queally).

Read Michael Cox’s blog – Down and out after a Classic Cup knockout. Go to: http://www.scmp.com/author/michael-cox-0