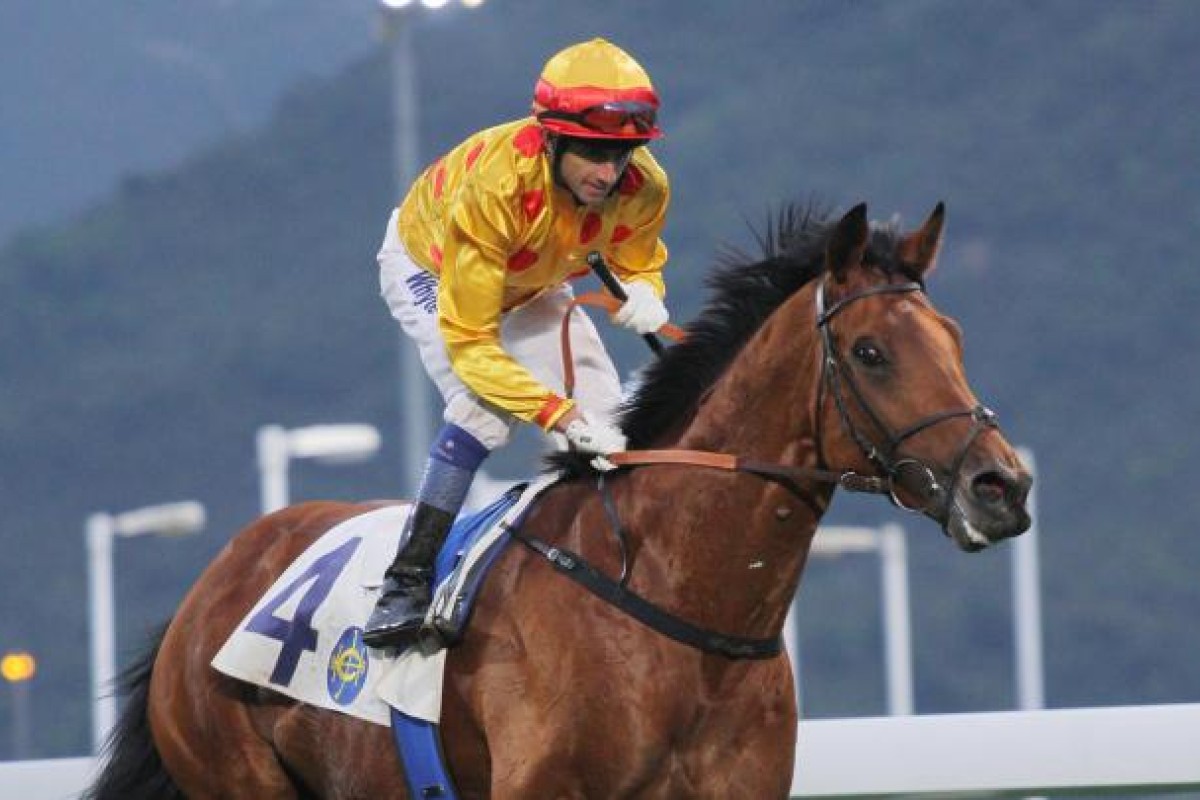 Champion Douglas Whyte was yesterday confirmed as the rider of BMW Hong Kong Derby favourite Akeed Mofeed, but trainer Richard Gibson said he felt for his stable's regular rider, Olivier Doleuze, after a suspension cost him the Group One ride.

Whyte rode Akeed Mofeed to a dominant victory last weekend, replacing the suspended Doleuze and connections have - as expected - chosen to stick with the winning combination.

If Akeed Mofeed wins the HK$16 million event on March 17 it will mark the second time this season Doleuze has missed a Group One win from Gibson's yard. Whyte also rode Gibson's Irish import, Gold-Fun, in the Classic Cup after he replaced the Frenchman earlier in the horse's preparation.

I am massively sympathetic to Olivier," Gibson said. It is one of those tough moments in a jockey's career

"I am massively sympathetic to Olivier," Gibson said. "It is one of those tough moments in a jockey's career. It has happened to him twice this year because of suspension. But it is very, very difficult to take off the champion jockey after a performance like that. These decisions are made in sync with the owner."

Doleuze may still get the chance to ride Gold-Fun in the Derby, with the Frenchman to pilot the horse in a barrier trial on Friday. If Doleuze does ride Gold-Fun then Umberto Rispoli will ride Gibson's third runner, Mizani, who trialled yesterday against five fellow Derby entrants.

Gibson called Mizani's seventh "satisfactory", but said: "I would challenge anyone to make any sensible analysis of that. The muddling pace made it difficult to evaluate that trial. I found it irritating to watch because we didn't get the piece of work we wanted. But we've got to look at the big picture and the horse completed the equivalent of a satisfactory morning gallop. The tempo wasn't what I envisaged, but my horse trialled in a decent manner and came back in good shape."

John Moore's Classic Cup placegetter, Ashkiyr, was the best of the Derby hopefuls to trial, giving Weichong Marwing a good response when asked for an effort.

Hong Kong Jockey Club executive director of racing Bill Nader was at the trials and spoke to trainer Tony Millard, who has pleaded for his horse, Jolly Victor, to be included in the Derby field.

Nader didn't rule out the 75-rated horse's chances of jumping ahead of higher ranked entrants and into the Derby field, which he said would be primarily chosen on ratings points, but also on form and suitability to the race distance of 2,000m.

"Jolly Victor is on the bubble. He could squeeze in or he might get left out," Nader said. "There were some horses in the final race last Sunday that could have knocked him out of contention and booked a spot, but they just didn't do it." 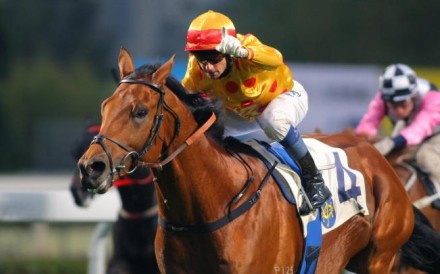 Akeed Mofeed no Collection, but doesn't have to be