The time has come for Uwillbeglorious 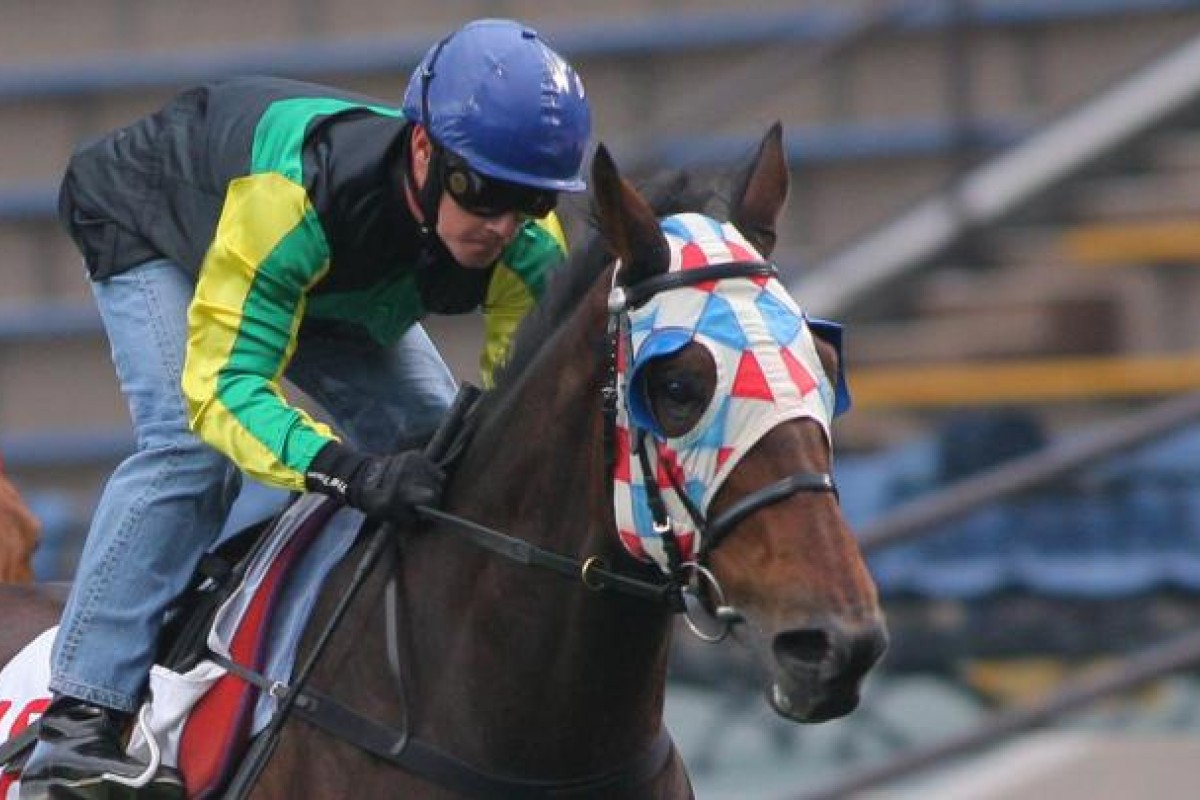 Uwillbeglorious has been consistent and always catches the eye on the training track.

The timing is right for consistent Uwillbeglorious to step up to Happy Valley's extended mile for the first time, with the consistent Tony Millard-trained runner a solid option as a banker in the final leg of the Triple Trio tomorrow night.

Uwillbeglorious is still to break through in 11 starts for Millard, finding the frame in five of his seven starts.

Solid runs over 1,600m at Sha Tin indicate the softer 1,650m at the tight turning track won't be a problem and barrier five should give Richard Fourie a good chance to find cover.

Last start over 1,400m at Sha Tin, Uwillbeglorious was working to the line behind Ho In One in a manner that suggested some extra ground would be advantageous to his chances.

Mighty K (Zac Purton) is the one punters will swarm to and is an option as a double banker. He comes in off some tough runs from awkward draws, drops into gate one and trainer Caspar Fownes has gone to the blinkers for the first time.

Mighty K's ability to sit handy from his draw is a major advantage, with no obvious leaders in the field.

Others to include are Always Something (Douglas Whyte), Hei Hei Posh (Vincent Ho Chak-yiu) and Magnanimous (Matthew Chadwick).

The opening leg is a typically tricky Class Four special conditions race for horses that haven't won this season and it might pay to play wide in the 1,200m event.

Finding a banker is the tough part, Naughty Baby (Chadwick) and How Speedy (Fourie) both have claims, but watch out for Glenealy Star (Purton) dropping back sharply in grade with blinkers on.

Another one set for this is High Return (Howard Cheng Yue-tin), having his first start after a long break for a new stable - trust in the astute judgment of Peter Ng Bik-kuen and make him your banker.

High Return has had two trials since being found lame earlier this term and boasts an excellent track and distance record - all four of his wins are at the Valley over 1,200m and he has finished outside the top four in 15 starts. He gets gate one and has the early speed to take advantage.

Fresh Air (Tim Clark) and Solar Boy (Ben So Tik-hung) are the others to consider.

Both have drawn well in five and two respectively and both go into selections, but maybe lean towards Glorious Sunday as a banker.

Glorious Sunday (So) has only trialled twice since arriving with Size, but the master doesn't send them out to debut under-prepared. A win on a tight, right-handed circuit in Australia also adds some confidence to his case.

Seasons Star (Chadwick) should run a race stepping up to 1,200m and will get a nice run from gate three. Tomodachi (Ho) gets gate one after a tough run from a wide draw and Happy Champion (Eddie Lai Hoi-wing) also comes into calculations.

Read Michael Cox’s blog – Fillies are just not in fashion. Go to: http://www.scmp.com/author/michael-cox-0