In-form duo Flying Keeper and Just Good can keep the ball rolling for players, who are in search of a monster jackpot of HK$28 million 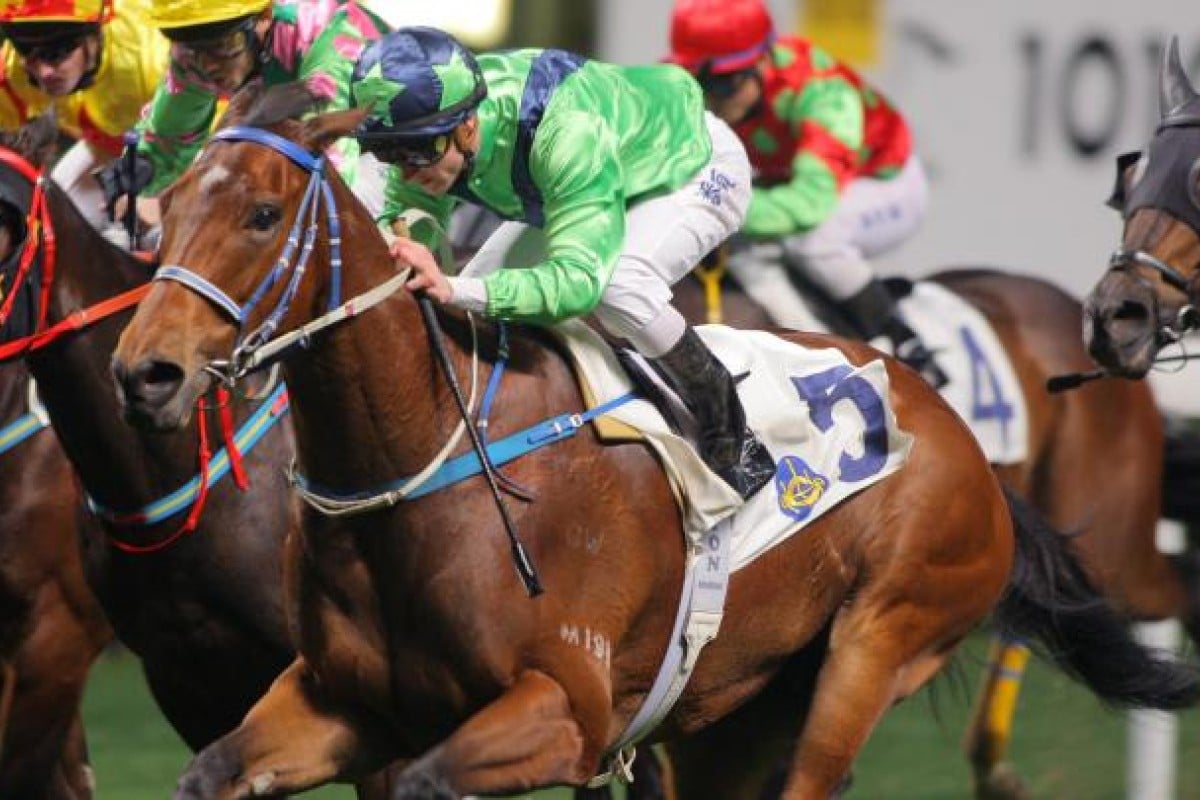 Flying Keeper is drawn a good gate and looks the one to beat. Photo: Kenneth Chan

The Triple Trio at both meetings continues to climb and playing a double banker with Flying Keeper and Just Good in the opening leg on Sunday at Happy Valley can open things up and give punters a crack at the expected big dividend on offer.

The jackpot has swelled to HK$17.9 million for this weekend's meeting and a correct ticket at the rare day-time fixture at the city track could deliver a payout of HK$28 million.

Flying Keeper (Zac Purton) and Just Good (Derek Leung Ka-chun) are Class Five lifers and just as capable of mixing their form as any of the other ability-deprived and inconsistent members of the cellar grade. But, on the positive side, they come off solid last-start runs in the same race at Sha Tin, are back on a track they both prefer and have drawn well - Flying Keeper in two and Just Good jumping from four.

Flying Keeper had 12 and 10 at his last two starts and, after being forced into trailing spots, he rattled off with some decent sectionals late. This time from the low draw, Purton will have more options.

Just Good has won one from 37 in his career, his solitary success coming over this course and distance earlier this season.

Others to put into play are Hey Ha Master (Vincent Ho Chak-yiu), who can take advantage of gate one by either leading or sitting box seat, Spicy Shrimp (Dicky Lui Cheuk-yin) and Young Supreme (Keith Yeung Ming-lun).

Purton has good chances in all of the legs. In the middle pin he rides Ho Ho Life, who drops down to gate six after drawing wide last start, and has won twice previously over 1,800m.

Purton's ride in the final leg, Danny Shum Chap-shing's King's Pact also looms as a solid chance at his first try at the Valley, although gate 12 doesn't add much confidence as far as being a banker is concerned.

It's the third straight race King's Pact has drawn wide, but last start Yeung pulled a surprise and surged forward from the widest gate. He had to use King's Pact up to find the rail, but the four-year-old stuck on gamely for third. Getting across from gate 12 over the extended mile can be done and it will be an option with King's Pact only allotted 118 pounds, with Purton to carry two pounds over.

King's Pact has only been placed twice this term in five starts but he has yet to run a bad race, either needing further distance or hampered by the bad draws - the course and distance will suit.

Purton is nine of 44 for Shum this season - a strike rate of 20 per cent - but surprisingly just seven of those rides have been at Happy Valley - for one win, on Super Brand at the end of last month.

Brett Prebble gets on Trump for the first time after he turned things around last start, his first for new handler Manfred Man Ka-leung.

A tick in his column is a tidy trial at Happy Valley before the runner-up effort behind Why Not. Trump may be the better banker option, although gate eight isn't perfect either.

Dennis Yip Chor-hong has gone with the seven-pound claim of Alvin Ng Ka-chun on back-to-back winner Travel Brand. The five-year-old has had a freshen up and has been hitting the line well in the mornings, and he goes in, along with Supreme Falcon (Marwing) and top-weight Fleet Command (Andreas Suborics).

Read Michael Cox’s blog – The key numbers in the battle between Whyte and Purton: http://www.scmp.com/author/michael-cox-0