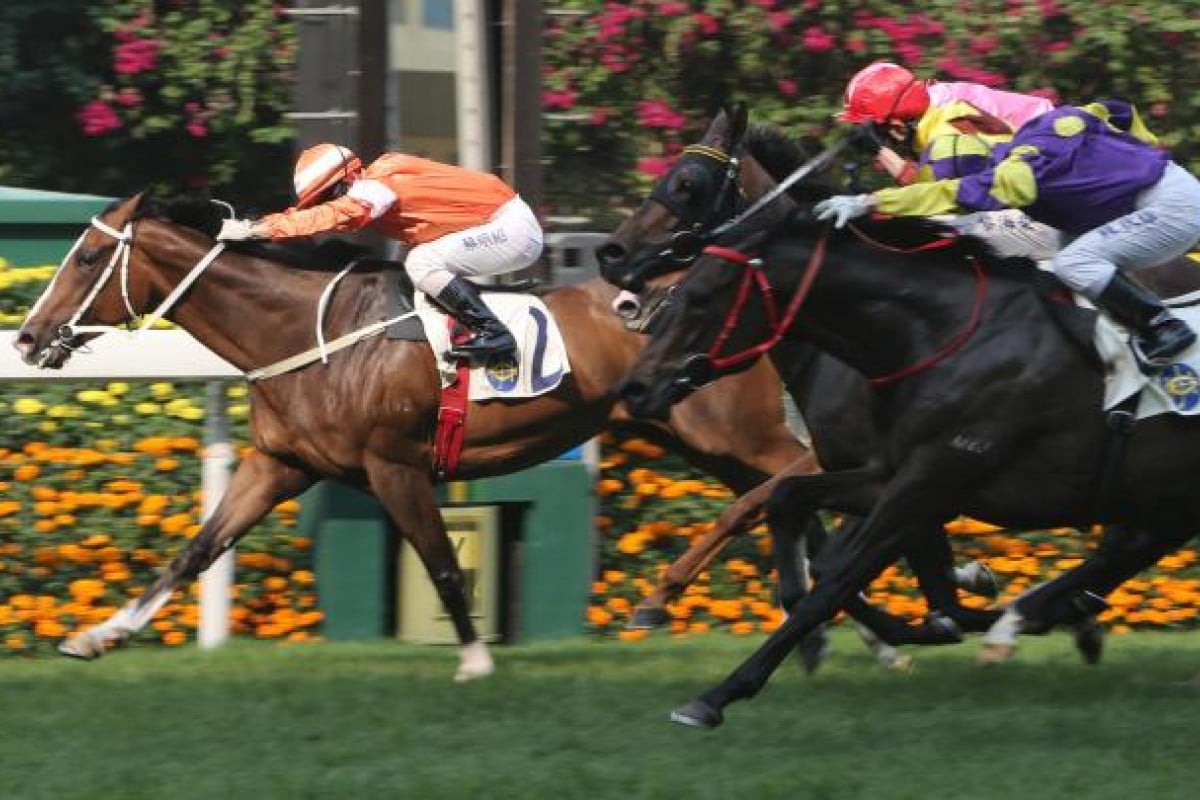 Tony Cruz's new recruit Blazing Speed keeps up a good gallop to win after Matthew Chadwick got him flying out of the gates. Photo: Kenneth Chan

Trainer Tony Cruz said if it wasn't for the athleticism of new stable acquisition Blazing Speed, he wouldn't have even been racing yesterday, let alone giving Matthew Chadwick the second leg of a double that kept his roll towards a career-best season going.

A relatively late arrival from a Hong Kong Derby standpoint, Blazing Speed was prepared for his grand final by Caspar Fownes. In a race against time, with the horse battling severe hoof problems and after just failing to make the field for the big one, the owner merry-go-round saw Blazing Speed land in the yard of Cruz.

Two weeks after that it nearly all went wrong in a Sha Tin turf trial.

"He stumbled out of the gates and nearly went down, it could have been nasty - Matthew did a great job and it was only that this horse is so athletic that he was able to stay on his feet," Cruz said. Cruz let the racing calendar dictate where he went with Blazing Speed and he said the extended band (85-60) Class Three over the extended mile was "the perfect race " for the 82-rater. "He is a nice horse," he added. "We will just take it step by step with him."

Drawn 10, Chadwick pushed forward on Blazing Speed, but he feels the four-year-old could race better ridden from a sit in future.

"He just kept plodding along and was a bit one-paced, but I think he will race better with cover," he said.

Chadwick moved to 41 winners and is quickly closing in on his season's best total of 44.