Joyful The Great can lift gloom at Lee yard

Trainer Almond Lee is going through one of his worst seasons, but newcomer Joyful The Great gave the stable something to look forward to following a brave runner-up effort on Wednesday night. 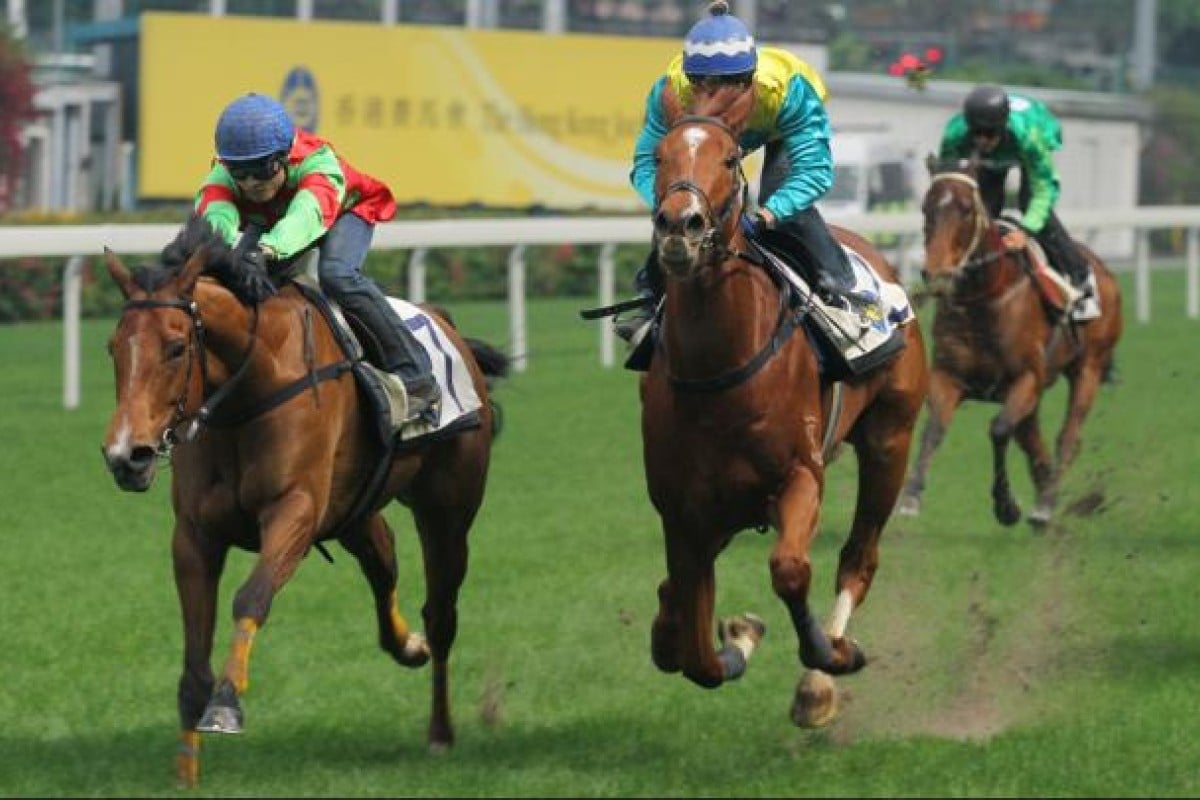 Trainer Almond Lee is going through one of his worst seasons, but newcomer Joyful The Great gave the stable something to look forward to following a brave runner-up effort on Wednesday night.

The three-year-old was given a solid grounding, including five trials - winning once each up the Sha Tin straight under a hold and a Valley jump-out after travelling prominently over 1,000m, but was a market drifter.

He was posted three deep without cover ahead of midfield, strode forward to sit one off in second at the 600m, and was unable to hold off the superior burst of Choice Treasure.

Conditioned in New Zealand by Roger and Darrel Lang, Joyful The Great toyed with his rivals for a 3½-length success on a yielding surface in his only run (1,230m) last April as the favourite.

Joyful The Great looks to be a sprinter-miler player in the making.

He is a son of Redoute's Choice stallion Coats Choice and Sir Chromar mare Yeogor Lass.

Coats Choice made it to the races on five occasions for the Lee Freedman yard and produced only a debut second in the Listed Debutant Stakes over 900m at Caulfield. Besides Joyful The Great, his only two other starters in Hong Kong include the useful but injury-prone B Choice and Southern Cross.

His dam was a 1,400m winner in New Zealand and has produced two other winning foals in One Shot (by Chagall) and Hard To Say (by Eltawaasul). But her claim to fame is being a half-sister to the 2004 Champion Stayer Super Kid.