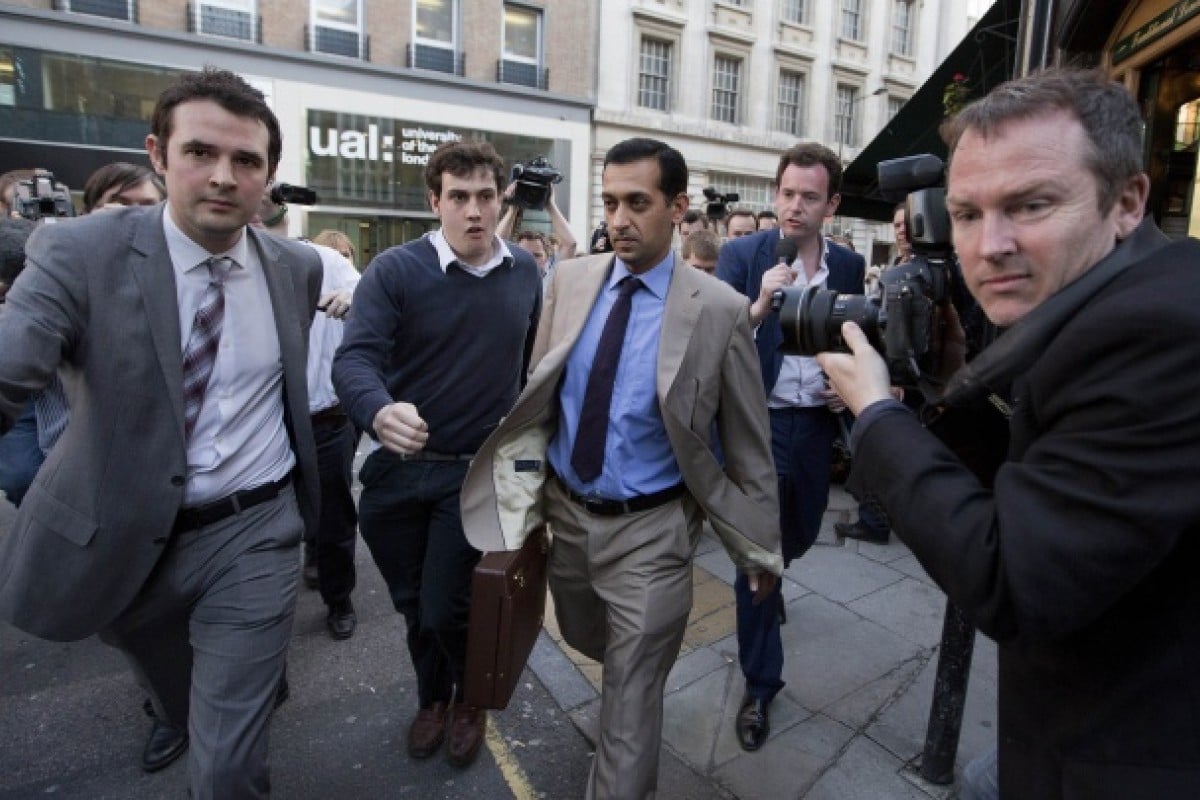 Horse trainer of the leading Godolphin stable Mahmood Al Zarooni (C) is followed by reporters as he leaves a disciplinary hearing at the British Horseracing Authority. Photo: AFP

Today's 2,000 Guineas, the first English classic of the 2013 season, takes place against the backdrop of the most damaging doping scandal in British racing history. 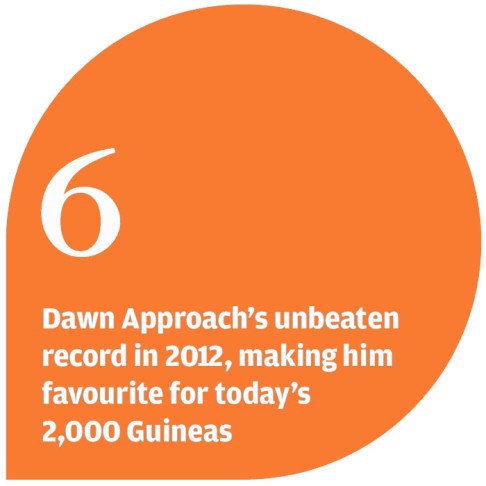 A wretched month for the Dubai ruler may yet end on a more positive note as even-money favourite Dawn Approach sports the Godolphin blue silks following his purchase of a 51 per cent stake in the colt after Royal Ascot last year.

Sheikh Mohammed's decision to leave Dawn Approach at the Irish stables of Jim Bolger rather than switch him to Zarooni's Newmarket yard was, in hindsight, inspired given the Emirati trainer's situation.

Dawn Approach travels to British racing's headquarters as the horse to beat after the son of Bolger's 2008 Epsom Derby winner New Approach excelled as a two-year-old, winning all his six starts. That earned him the accolade of Cartier's two-year-old colt of the year.

He has unfinished family business to attend to on the Rowley Mile as New Approach was edged out in the 2,000 Guineas, and in the Irish equivalent, before sailing to glory in the Derby.

"Dawn Approach is much more relaxed and easier to handle than New Approach," Bolger, who also runs Leitir Mor, said. "He's the best I have had over a mile."

If Dawn Approach is to provide Sheikh Mohammed with some welcome respite from the doping scandal that has touched at the very heart of his racing empire then he is going to have to overcome the home team's leading hope Toronado.

The 5-2 second favourite is seeking to supply his trainer Richard Hannon with a first 2,000 Guineas success since Tirol back in 1990.

Toronado owes his prominent position in the betting to eye-catching wins that stretched his record to four wins from four.

Hannon's son, assistant trainer also called Richard, issued an upbeat bulletin, reporting: "He did a superb piece of work on Sunday. He's in fantastic form, probably the form of his life.

"I'm confident he'll run a very good race and it's between him and Dawn Approach, I think. Hopefully he'll win."